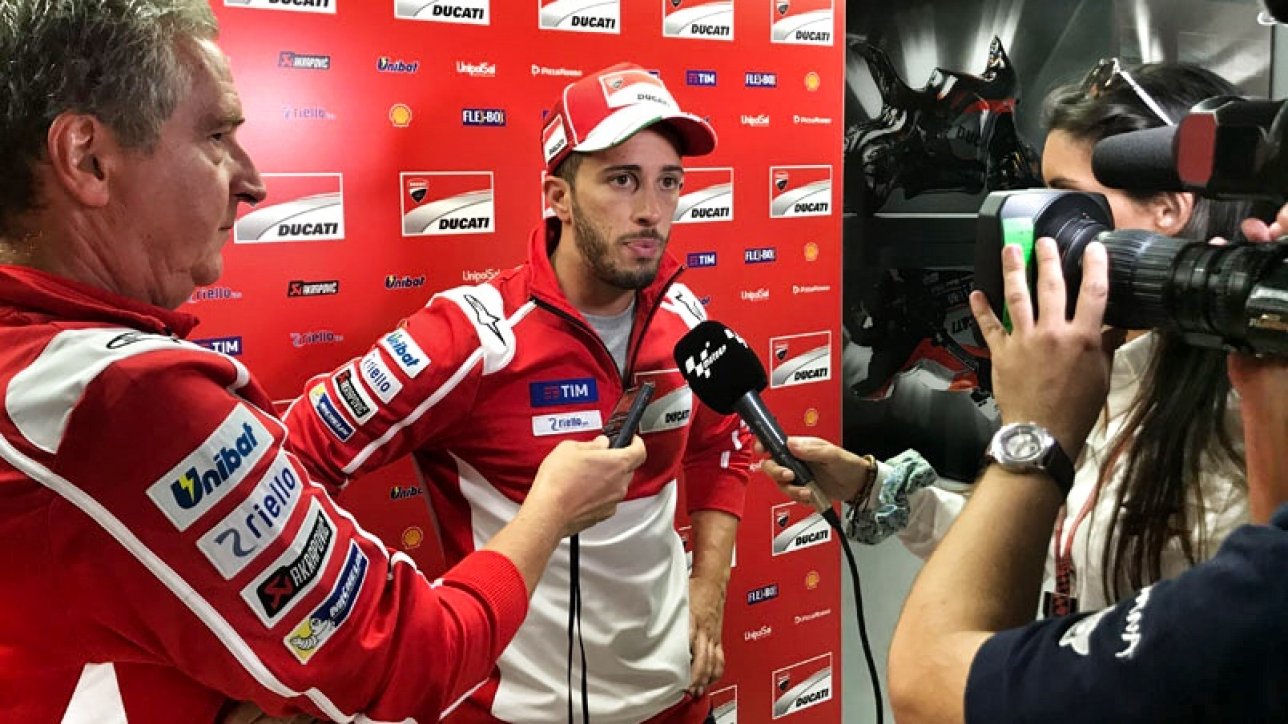 Spielberg | Red Bull Ring – “ I don´t think it´s that fast “ I said to my friend Robert, a former successful motorcycle racer by trade, as I watched the first MotoGP Machines dash along the start/ finish line. It must have been a kind of optical illusion or deceptiveness caused by my lack of sleep last night, because Alvaro Bautista ( Bau) was racing on his Ducati at a top speed of 310,4km/h at the Free Practise Nr 2. …

Well, at 2 in the morning, after a turbulent drive brought about by a hailstorm (and not by my way of driving), I arrived at my hotel in Murau. It was a short slumber. The impressions of the previous day and the inner agitation they had caused, continued to have an effect on me . It was rainy before noon and I arrived at the Media Center just in time for lunch. At 3 pm we went to the press conferences of the factory teams, at first to the one of the Ducati Team MotoGP. 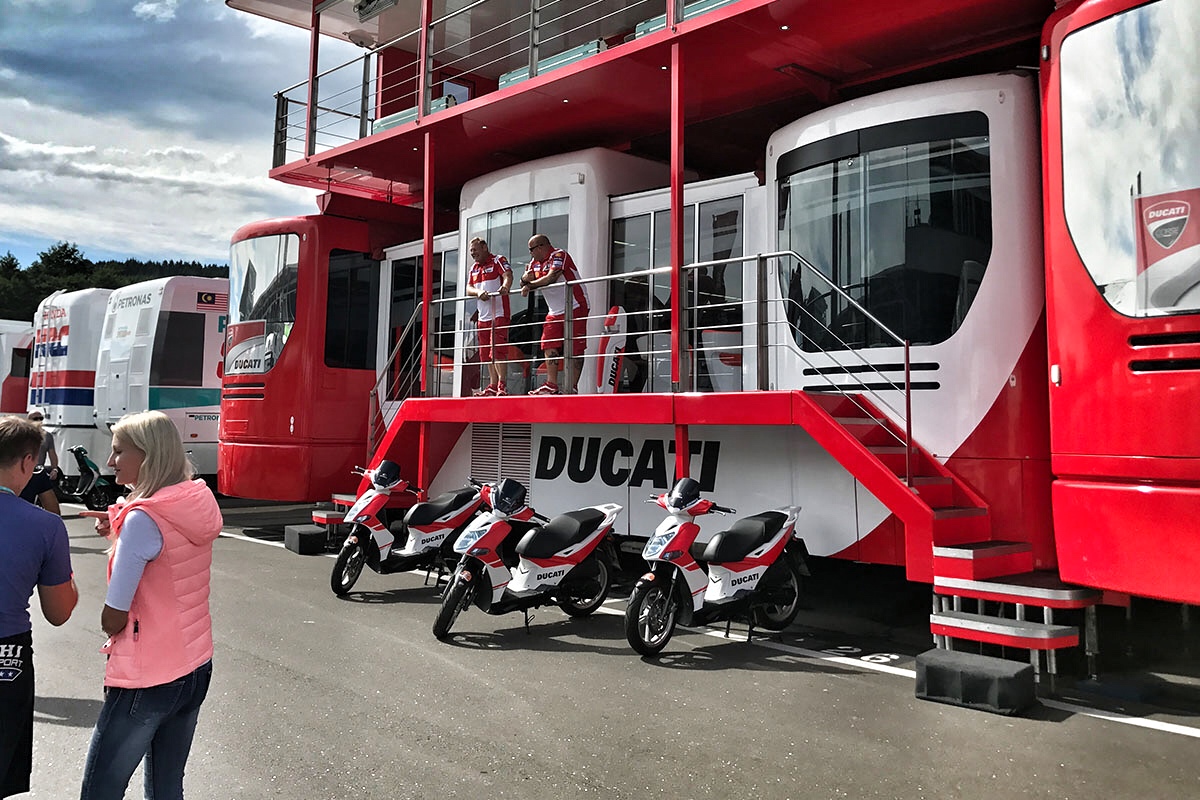 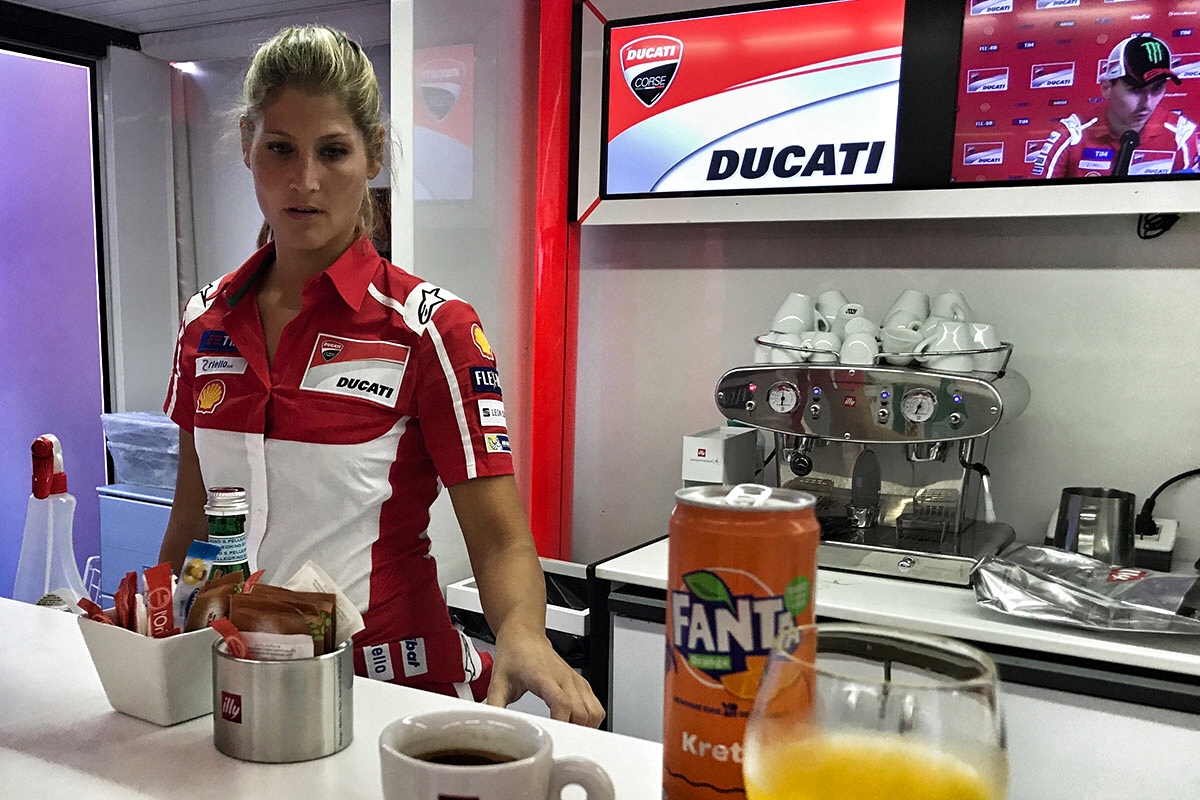 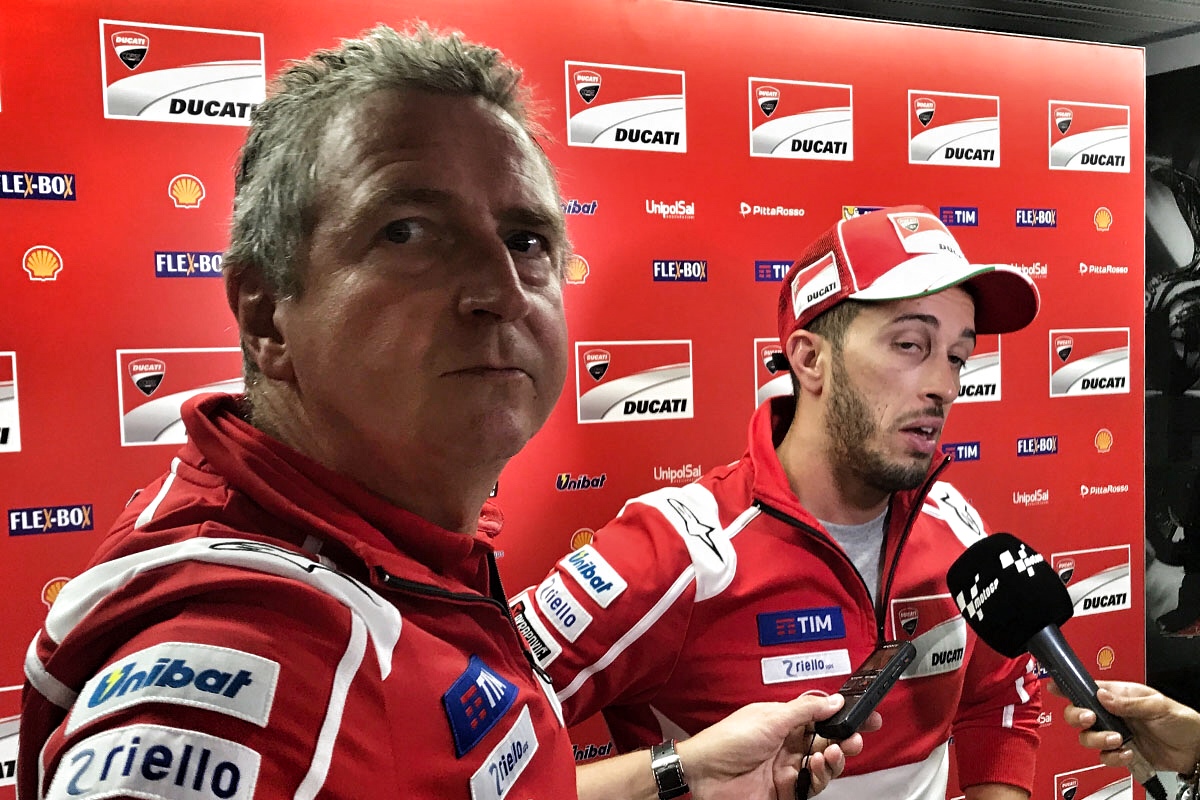 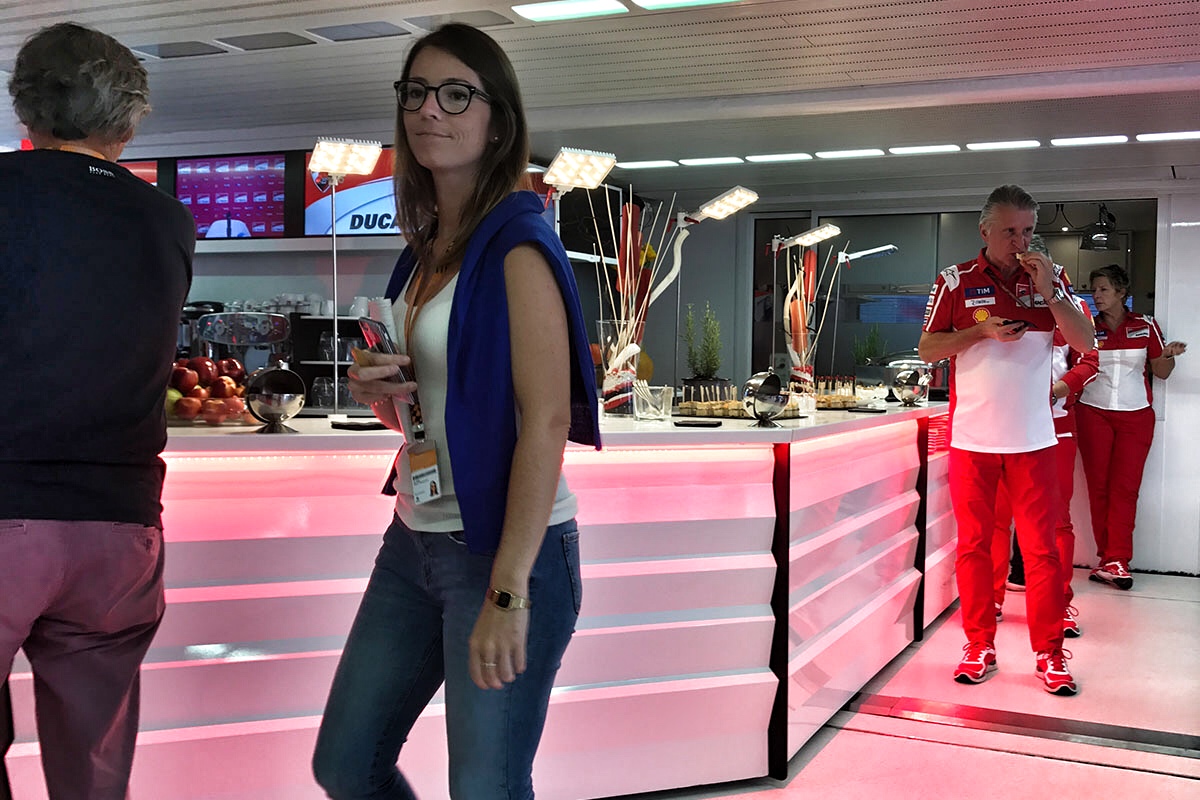 Julian Thomas, Ducati MotoGP Press Manager, is in charge of all Media matters concerning Andrea Dovizioso and Artur Vilalta, Ducati MotoGP Press Officer, is in charge of those concerning Jorge Lorenzo. First of all I went to the TV interview and after that I made my way to the press conference. The selfie stick, which is part of my innovative photo equipment, was quite unwelcome there. I could have taken the same motives with my own photographer. 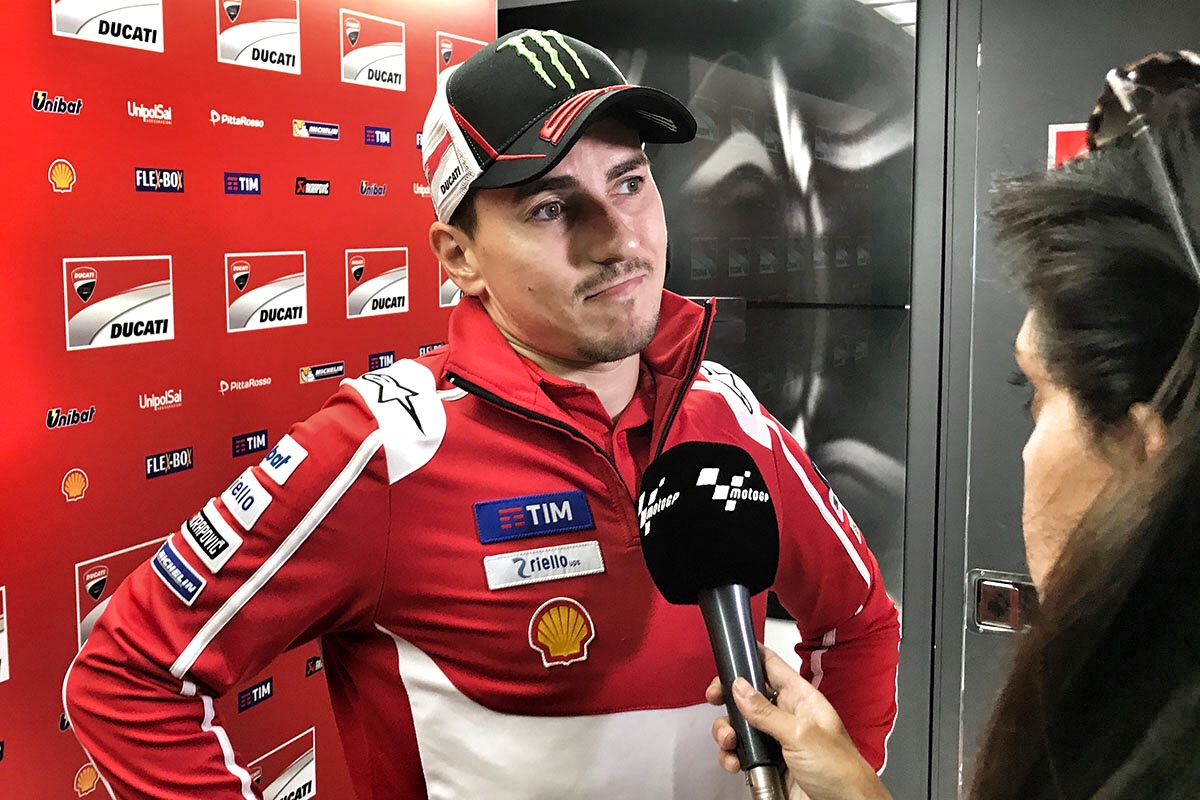 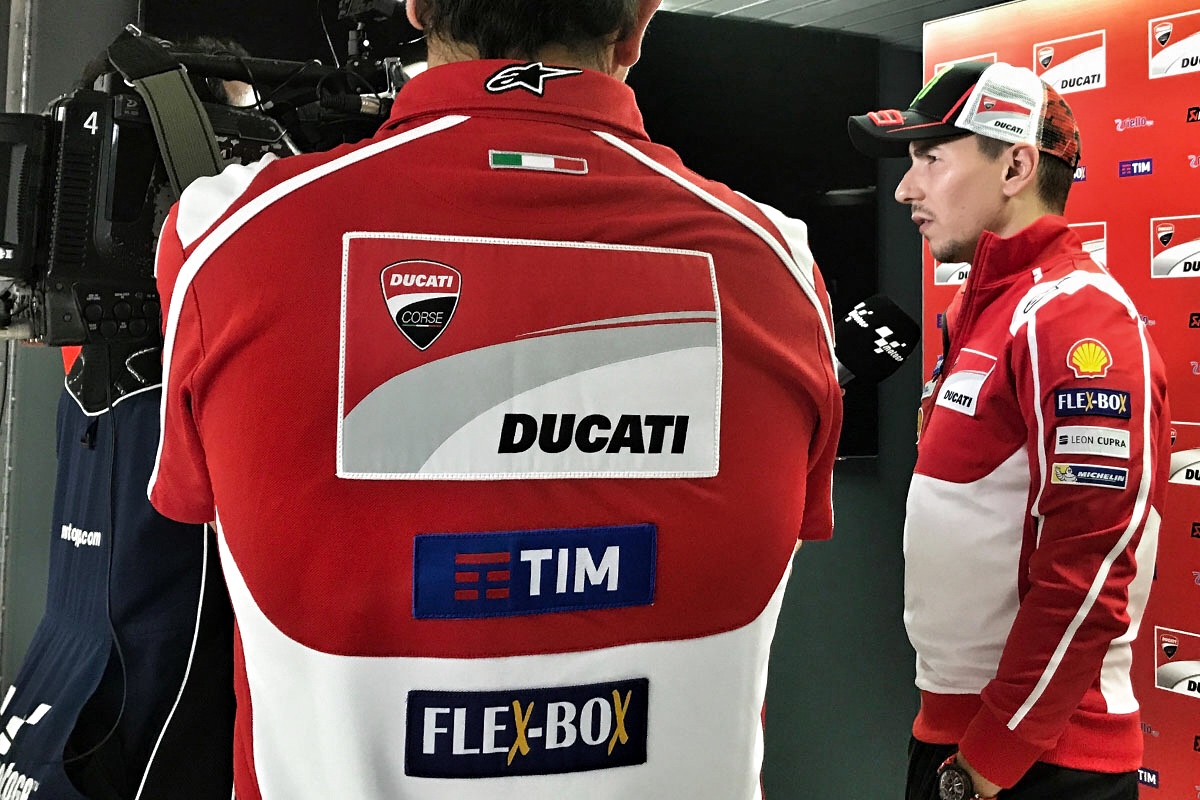 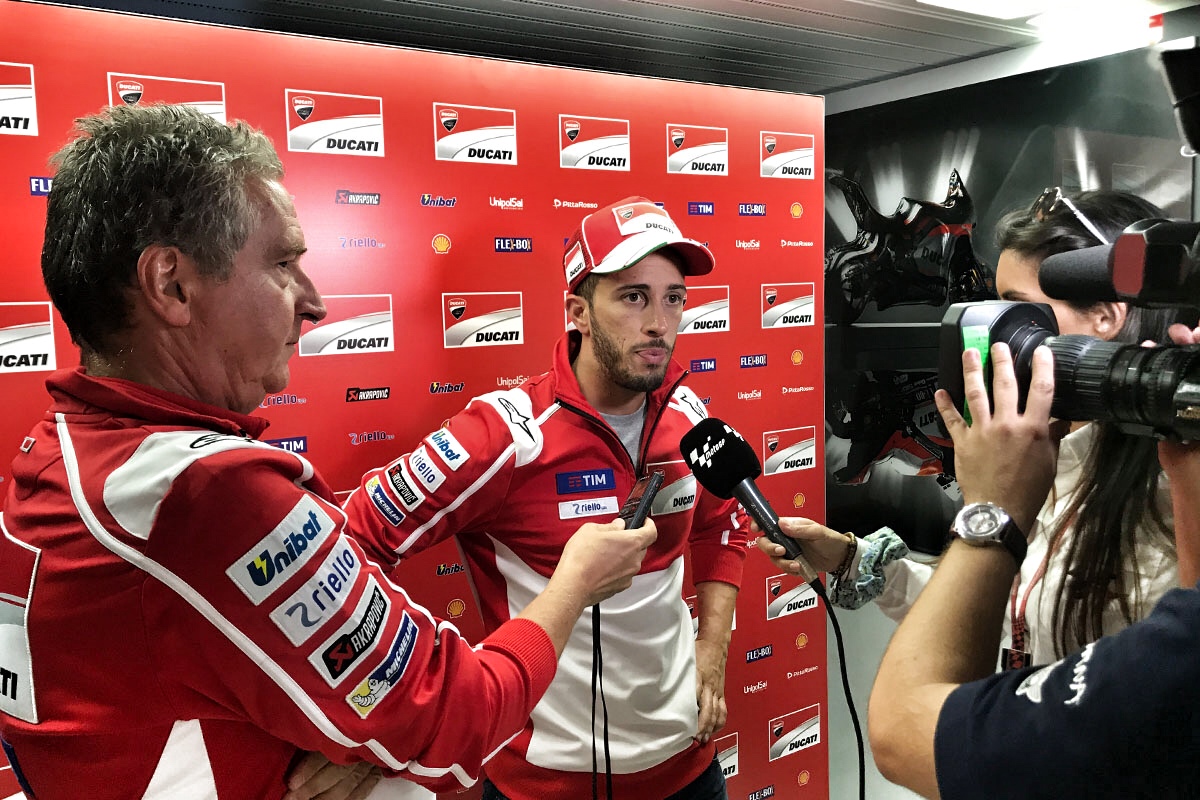 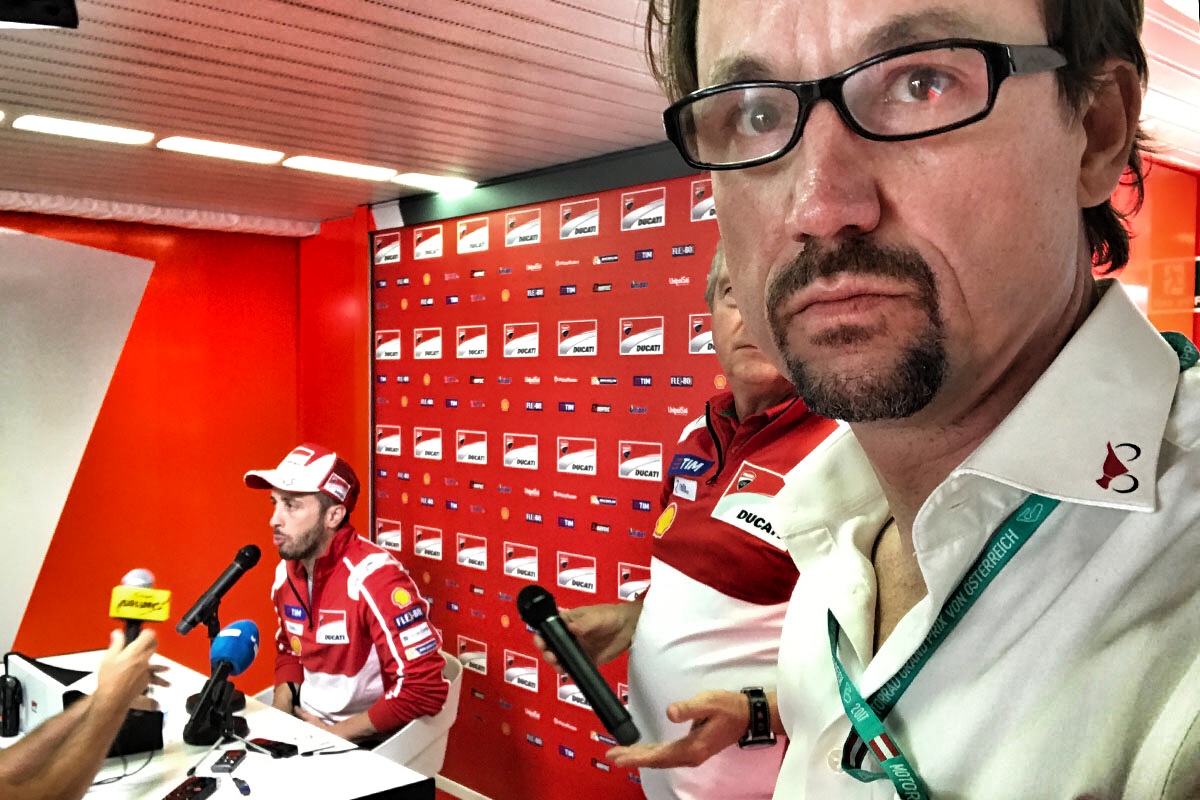 Even the Espressi , which I especially served in Ducati cups to show my gratefulness for the impressive press conference, were declined with thanks by the two men I mentioned above. Instead I got scolded for using the selfie stick. Apparently I conveyed the impression that I had been filming – which was obviously not the case. But little disagreements are part of our job <gg>. 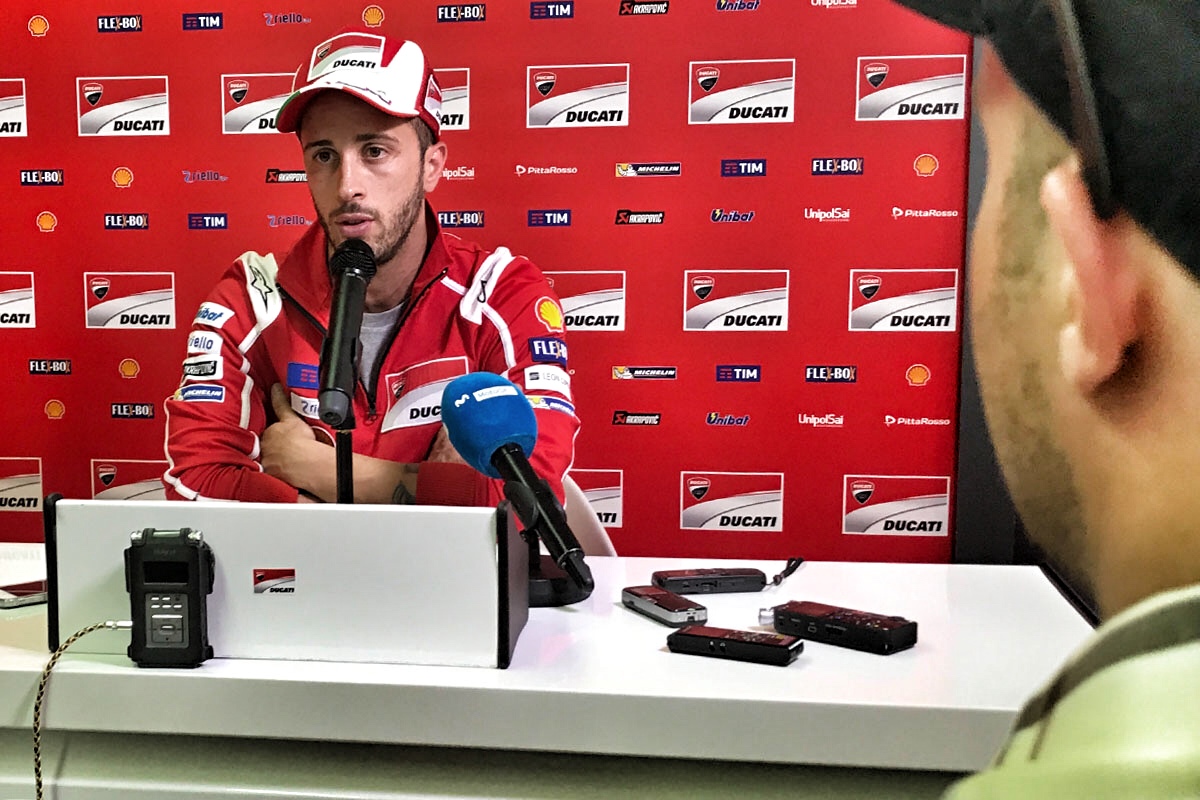 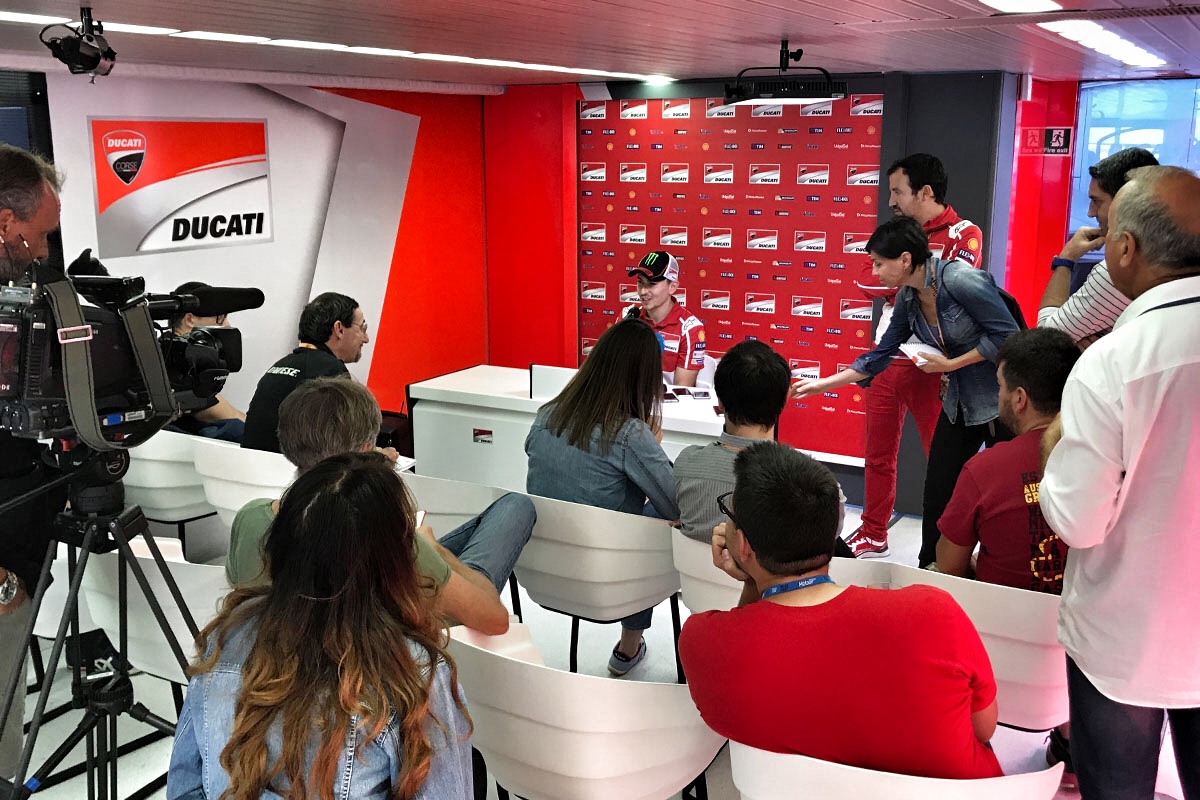 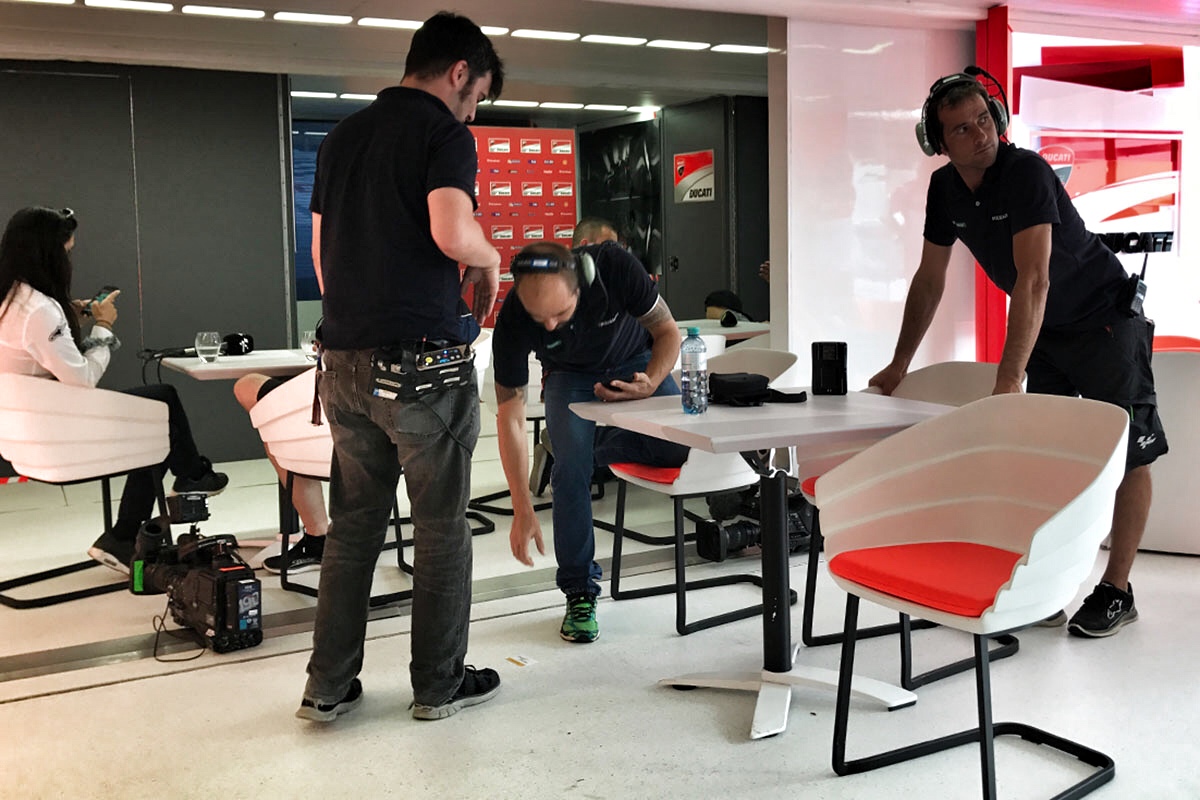 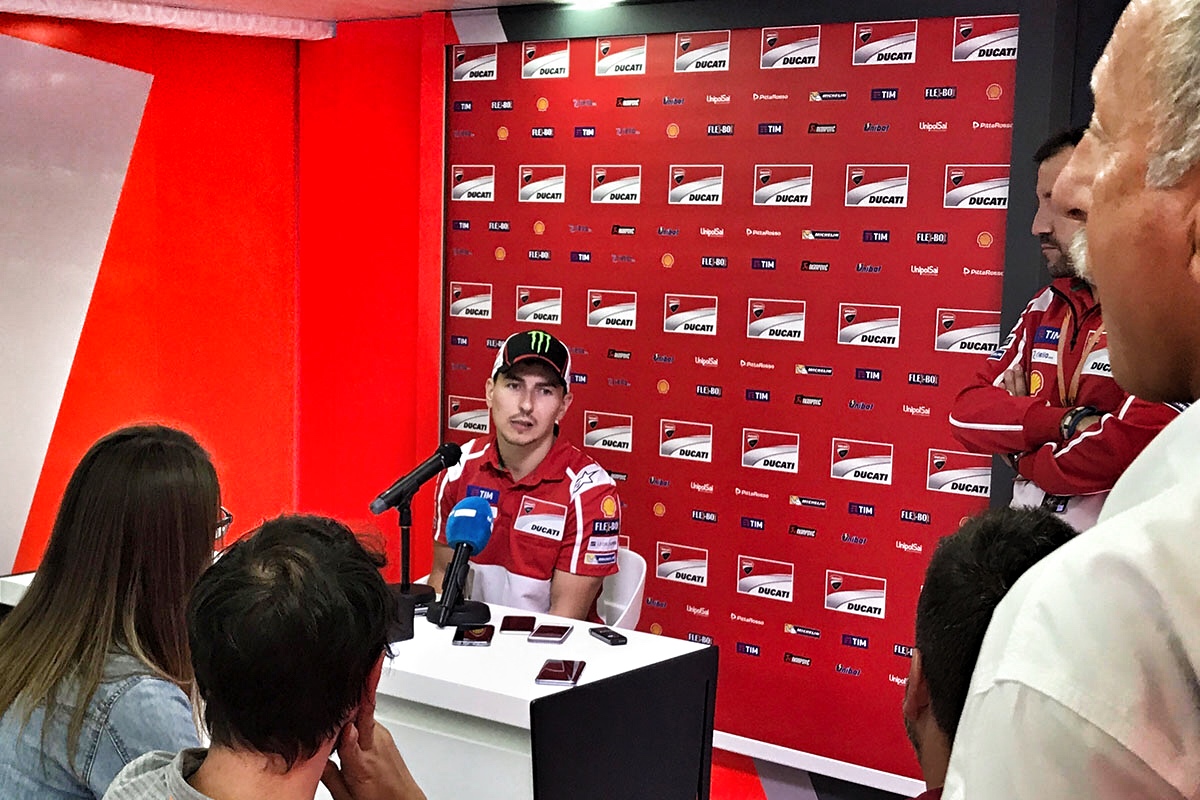 Andrea Dovizioso and Jorge Lorenzo themselves were likeable and affable chaps who answered our questions patiently, first in Italian then in English. After his disappointing performance at the qualifying, Jorge was clearly not in a laughing mood.