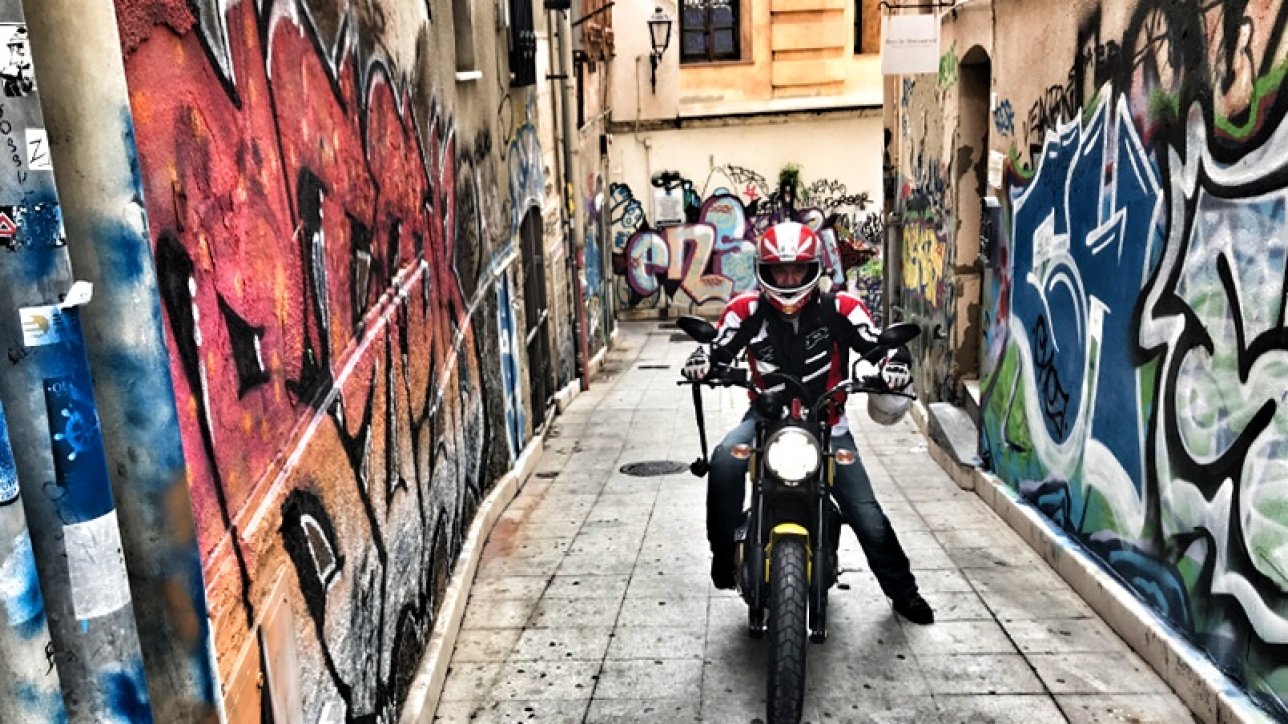 Cagliari | Sardinia – Thanks to Francesco Usai, the president of DUCATI Sardinia DOC (Desmo Owners Club), who organised that I was provided with a Scrambler Ducati by Giuseppe Vacca (Joe Cow Motos | Ducati Sardinia) on this Friday in January. Thus I was able to test it in the Cagliari area, the capital of Sardinia…

On my first test run in Upper Austria last year, the performance data and the driving experience of the Scrambler Ducati had not yet been able to fully convince me. This was due to, I believe, my initial wrong approach to the Scrambler concept of Ducati. Because here, it´s not about acceleration figures, cornering speed and other sporting attributes, it is about emotions when driving along beautiful areas. Sardinia is famously predestined for this- grin.

That day I wasn´t so lucky weatherwise, but these things happen in January – even in Sardinia. The air temperature was pleasant, but the weather situation was not that stable. For that reason I used this noble, traditional and at the same time cool – with its graffiti – historic center of Cagliari (Castello district) to stage the trendy yellow Scrambler Ducati Classic 800 by Joe Cow Motos ( the only official Ducati dealer in Sardinia). 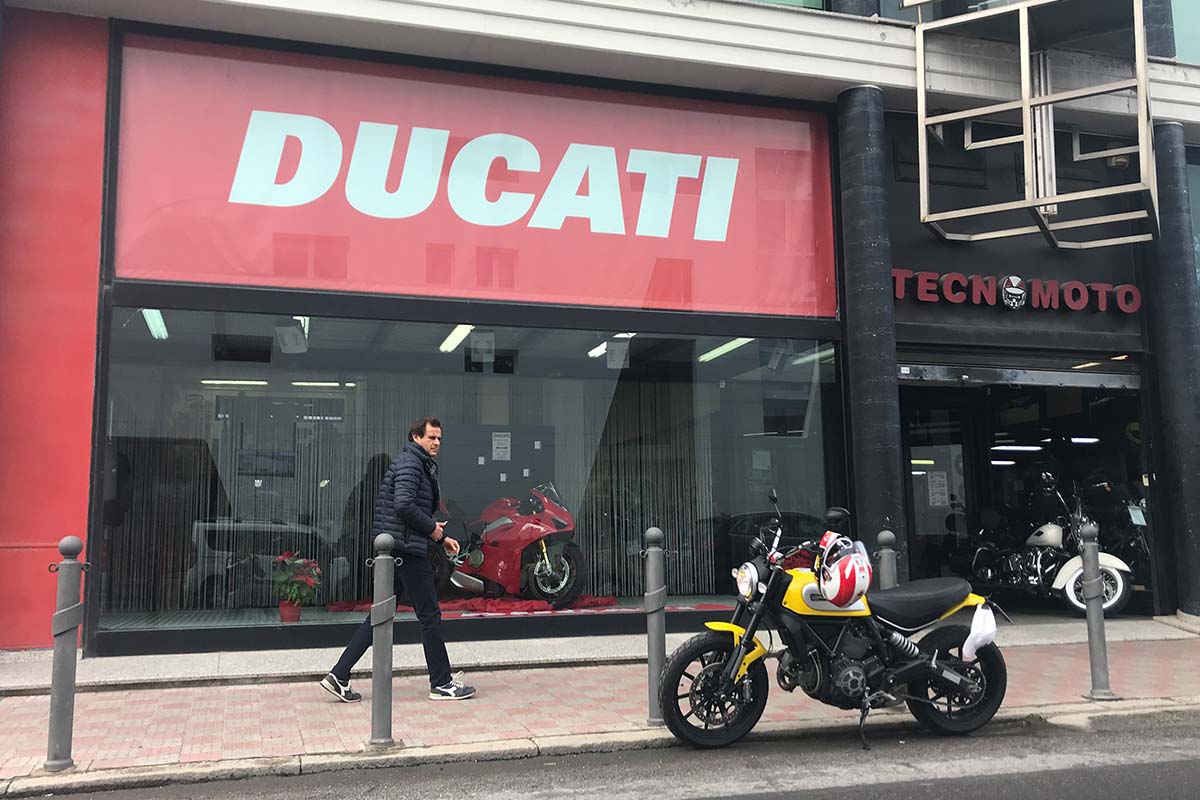 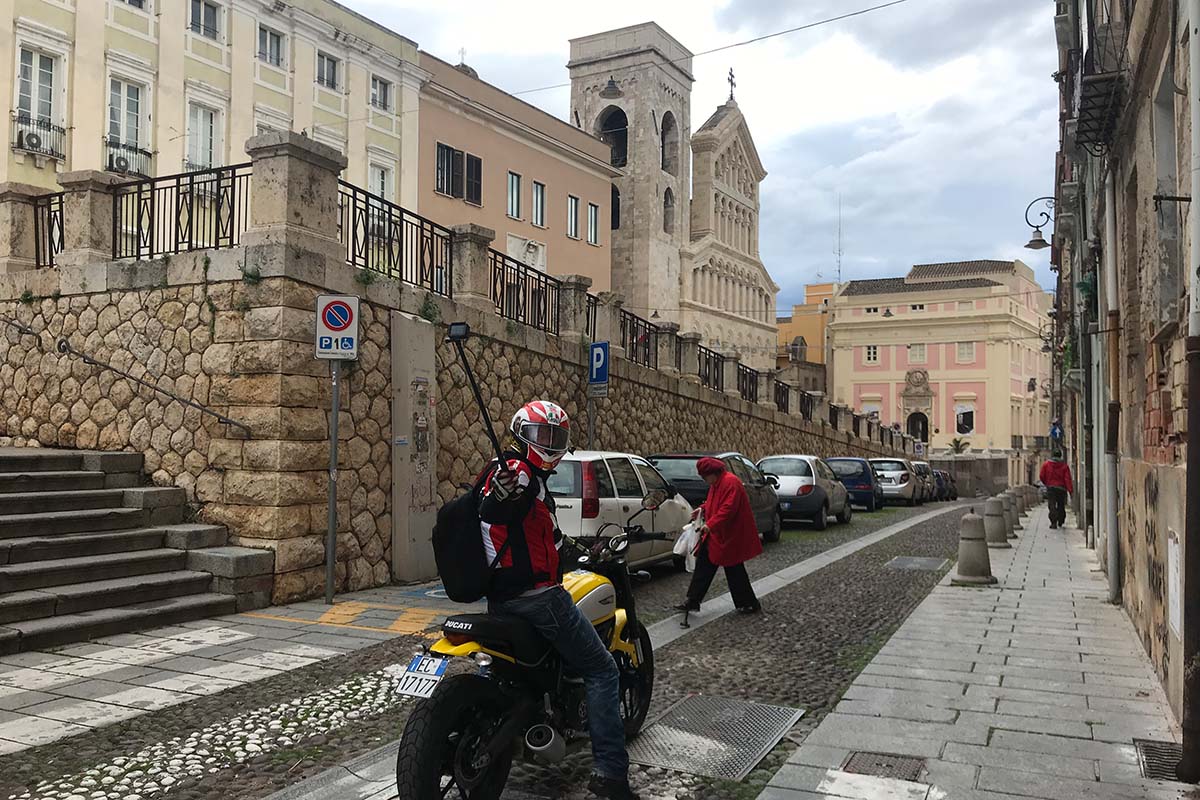 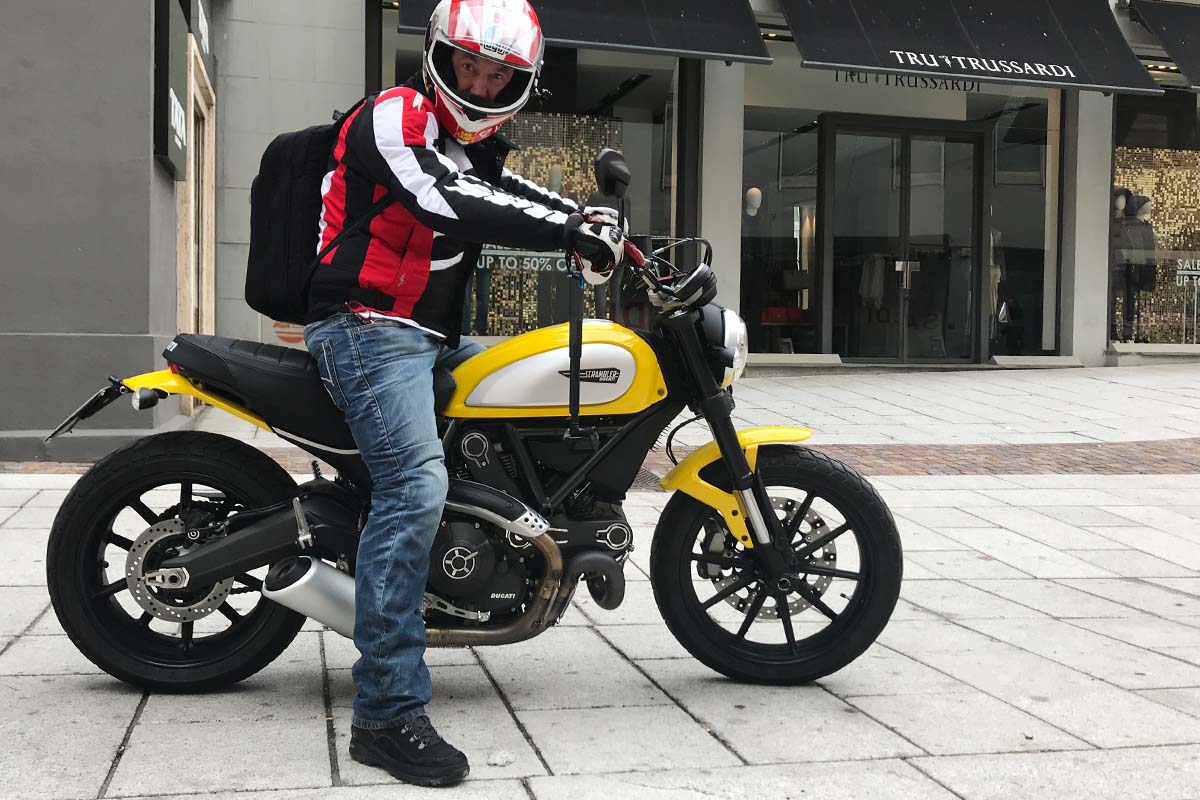 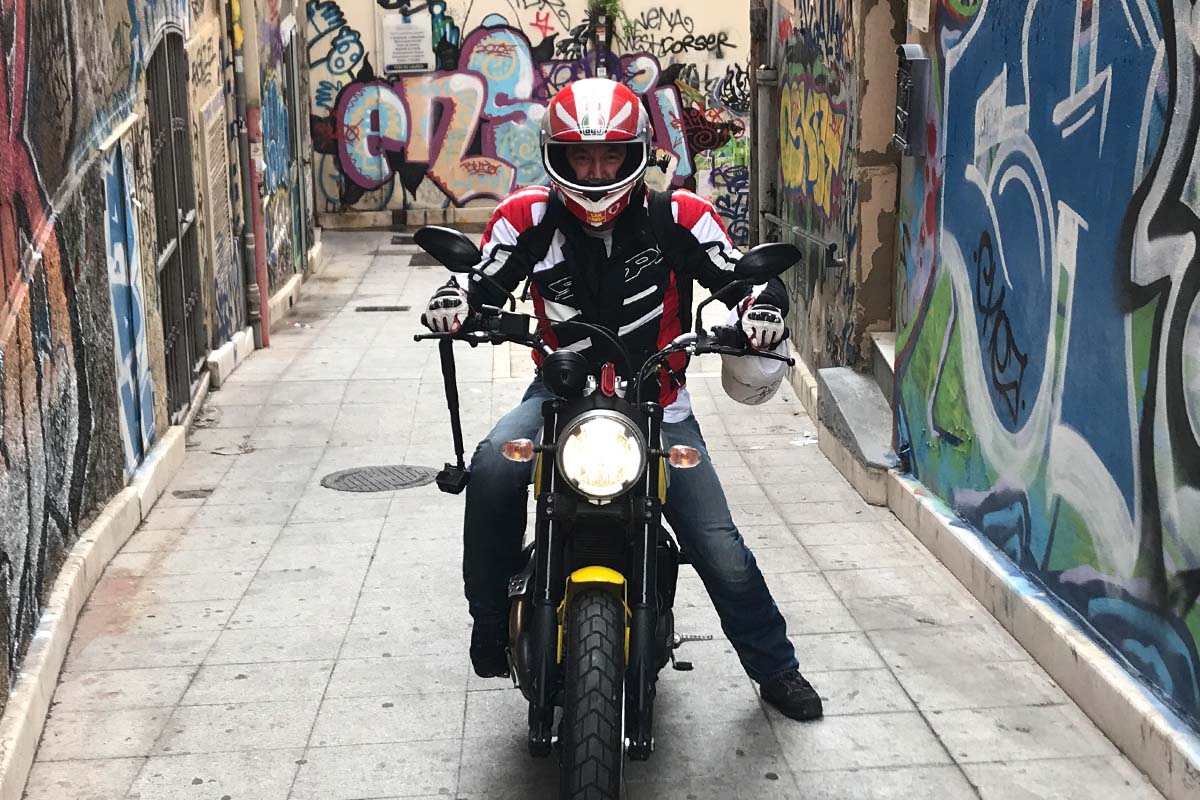 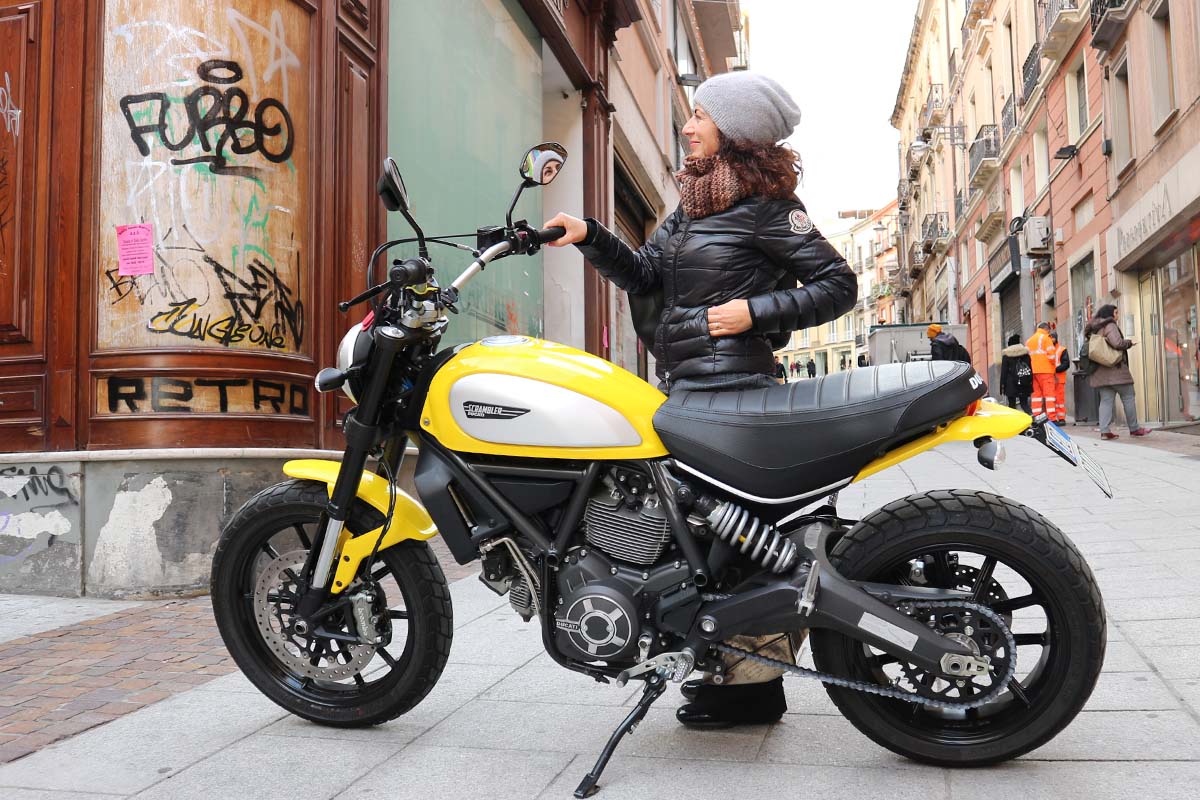 After the photo session at Via Giuseppe Mano, a fancy shopping street in the old city of Cagliari, I drove along the coast heading for Villasimius. At a brief pit stop – at the six-legged dog of Agip – grin, I noticed that I was on the wrong track searching for good testing conditions. Dark rain clouds were approaching and I decided to try my luck in the other direction.

So I rode back again towards Cagliari along the `Golfo di Cagliari´ and the port of the capital with its impressive and big ferry-boats. Riding the Scrambler Ducati was very pleasant and with sufficient rotational speed, the air-cooled two-cylinder engine with 803 ccm and 73 HP can be moved fairly swiftly. One obviously can´t compare this with my Monster 821, but as told before, in this case it´s about driving around in a relaxed manner. The seating position is quite comfortable and the suspension is well geared to surface irregularities. 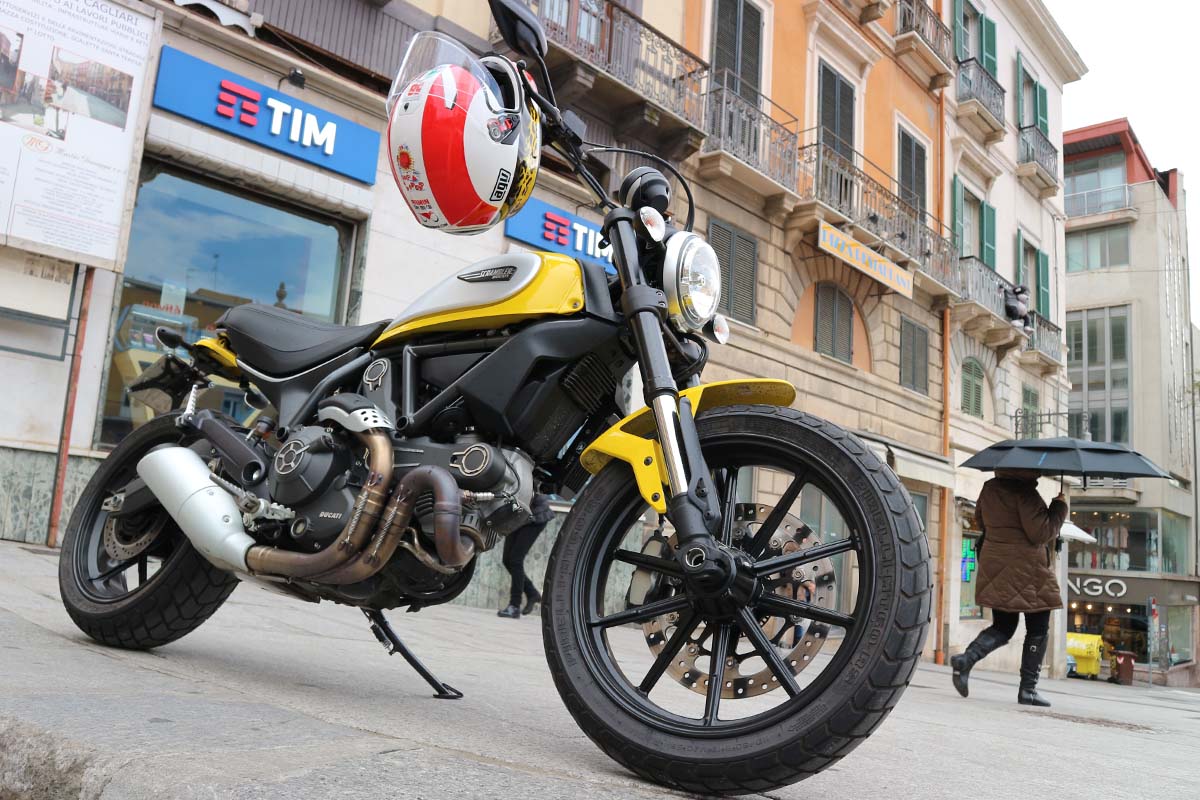 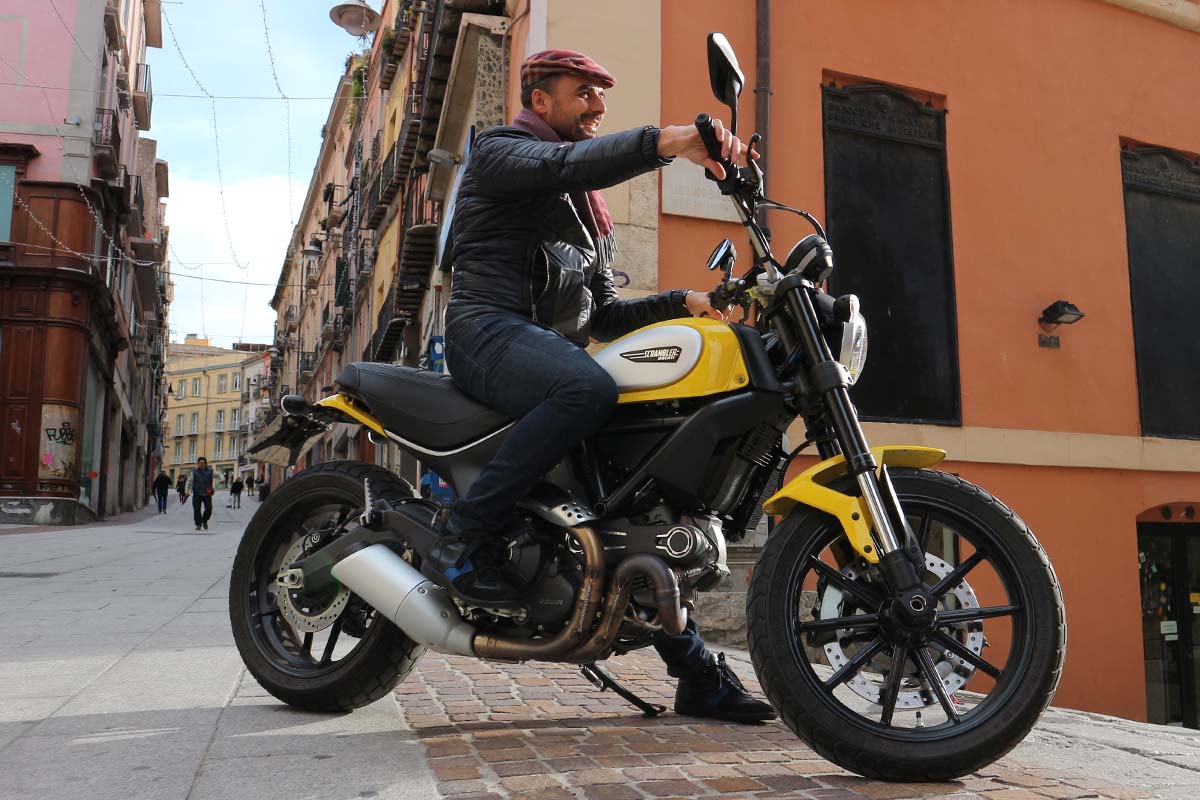 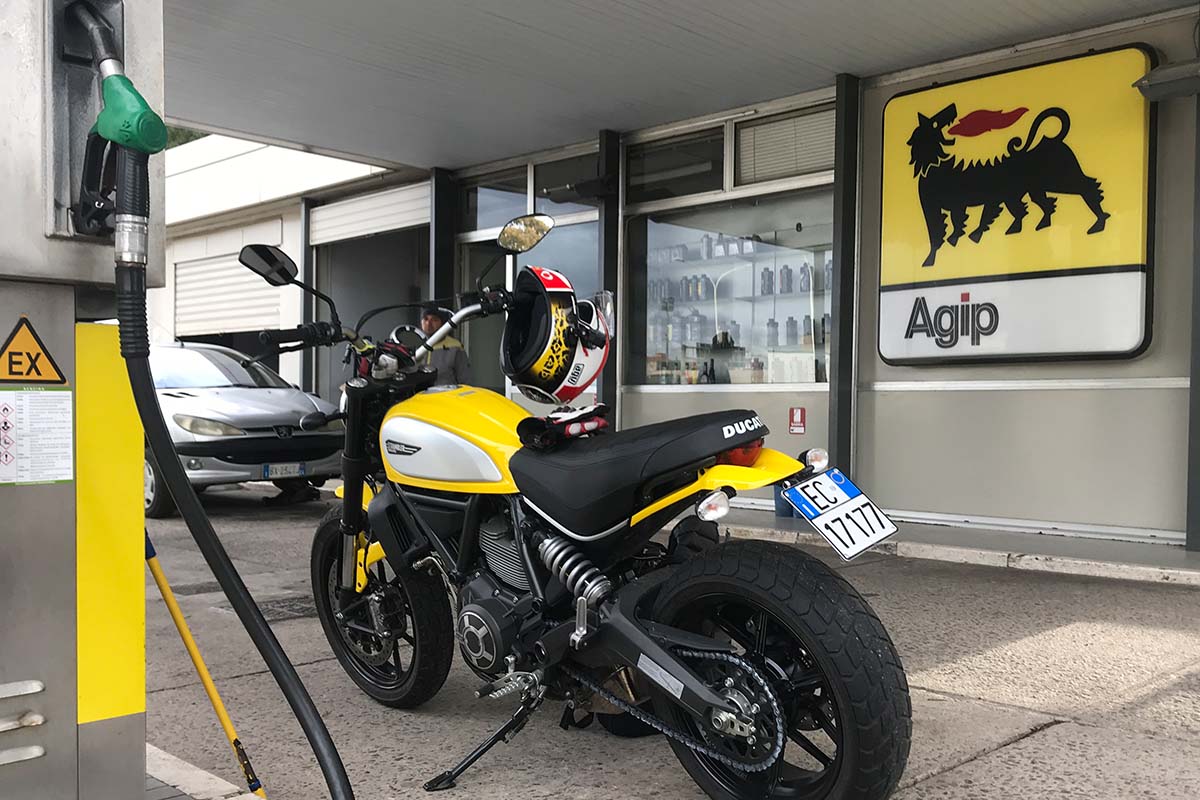 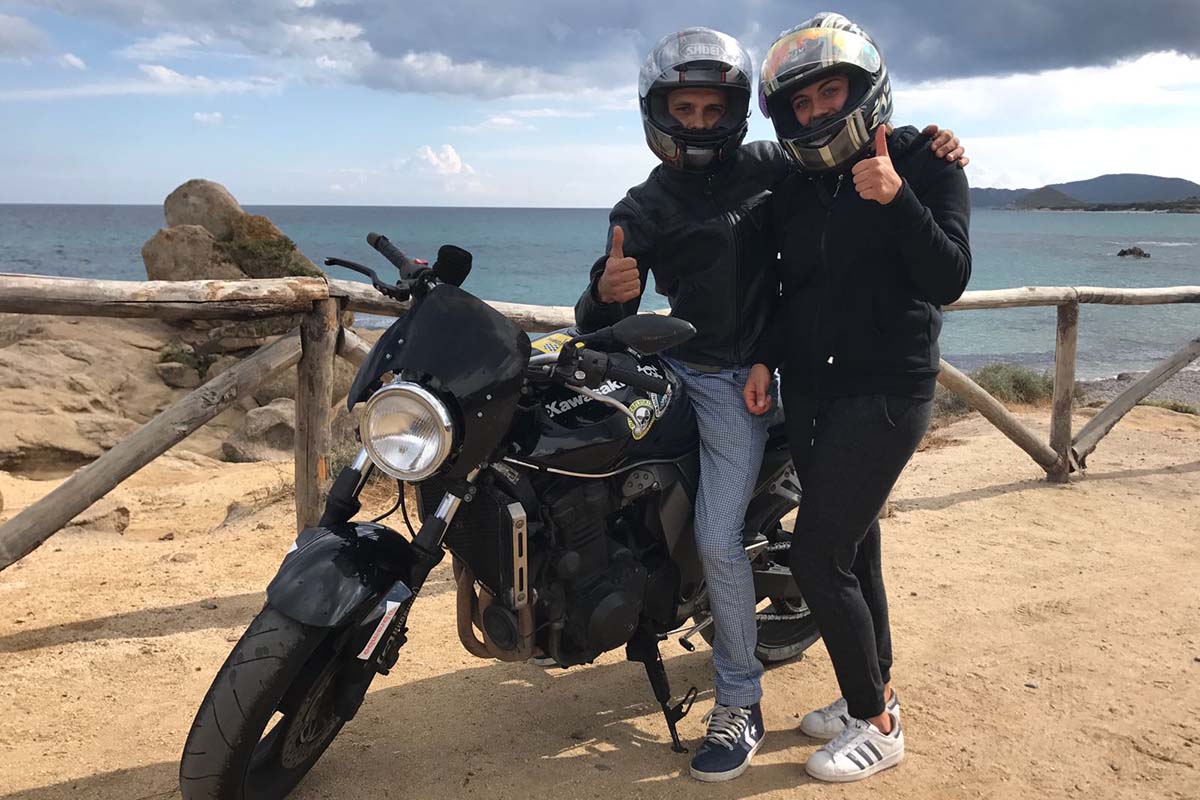 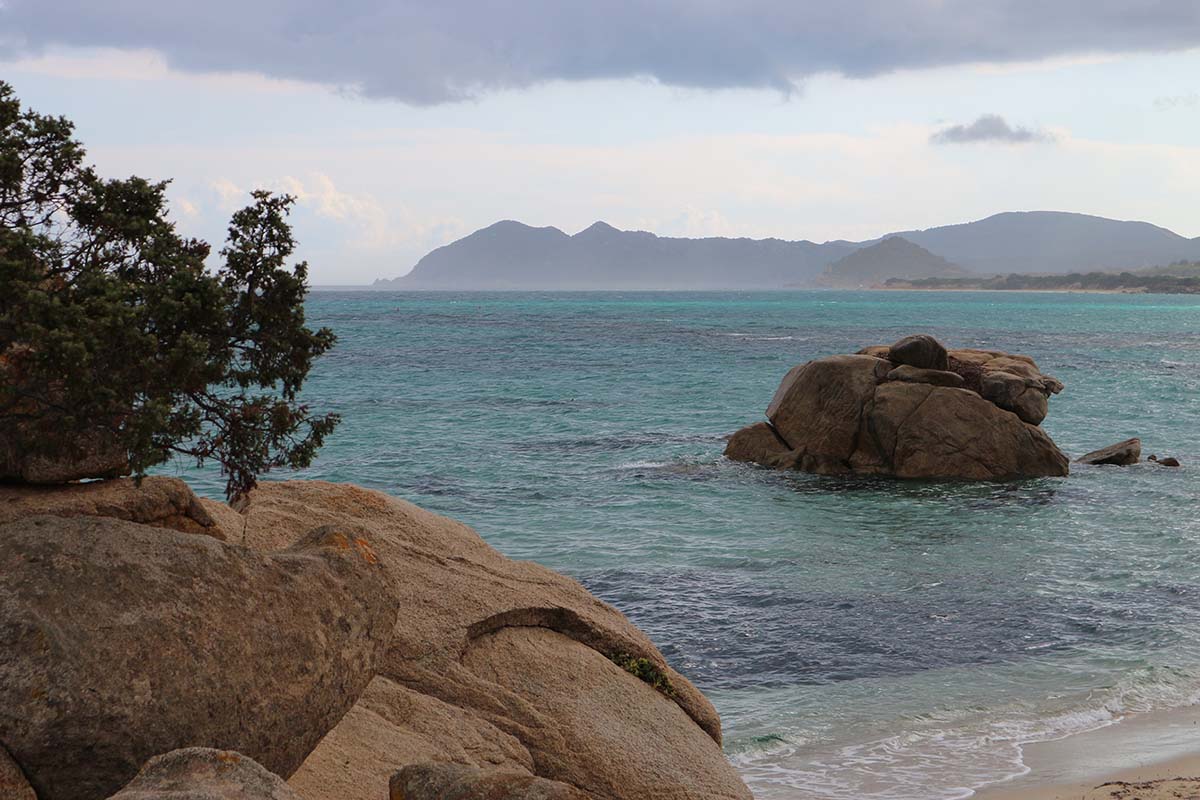 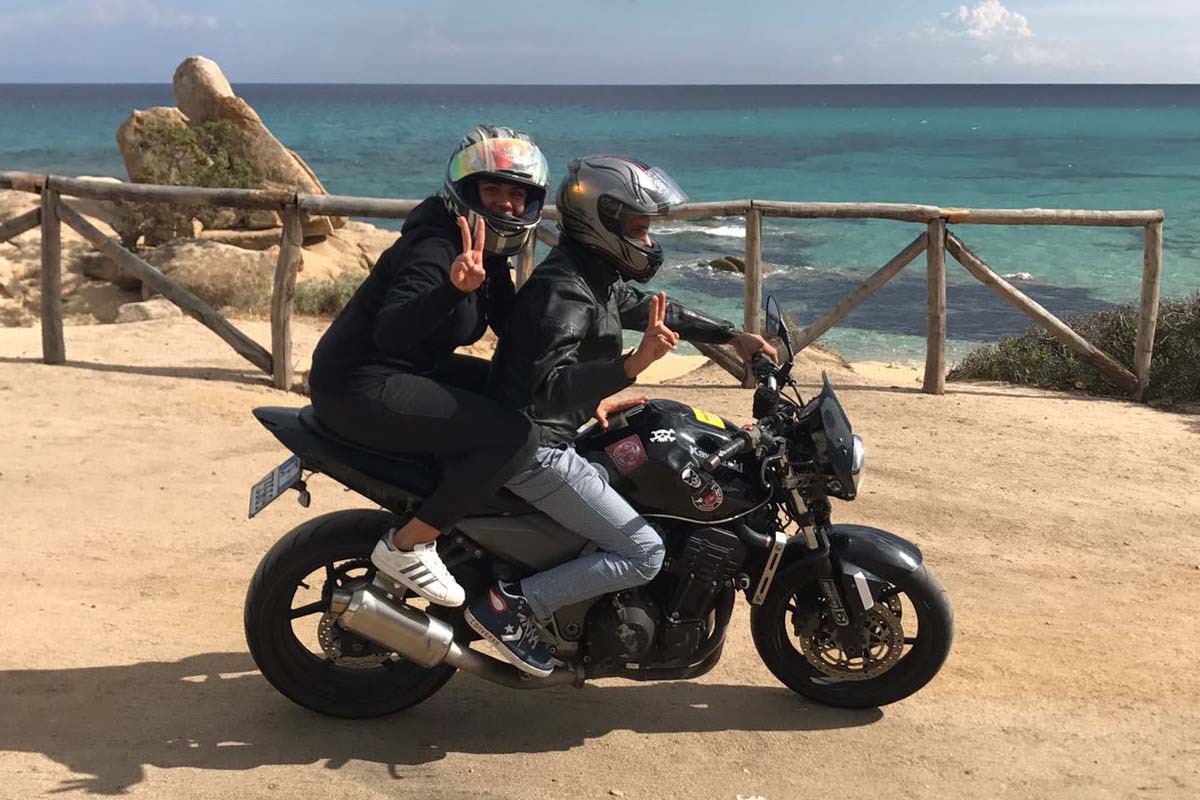 On the way to the west, I remembered Alessio, whom, together with a girlfriend of his, I met last September at the southern end of Costa Rei. Like myself, they arrived at `Spaggia di Santa Giusta´ and `Scoglio di Peppino´ on their bike in order to take pictures and enjoy the view. Alessio then invited me to visit his hometown San Sperate, around 20 kilometers northwest of Cagliari, as the place is famous for its mural art as well as for its many other artworks. 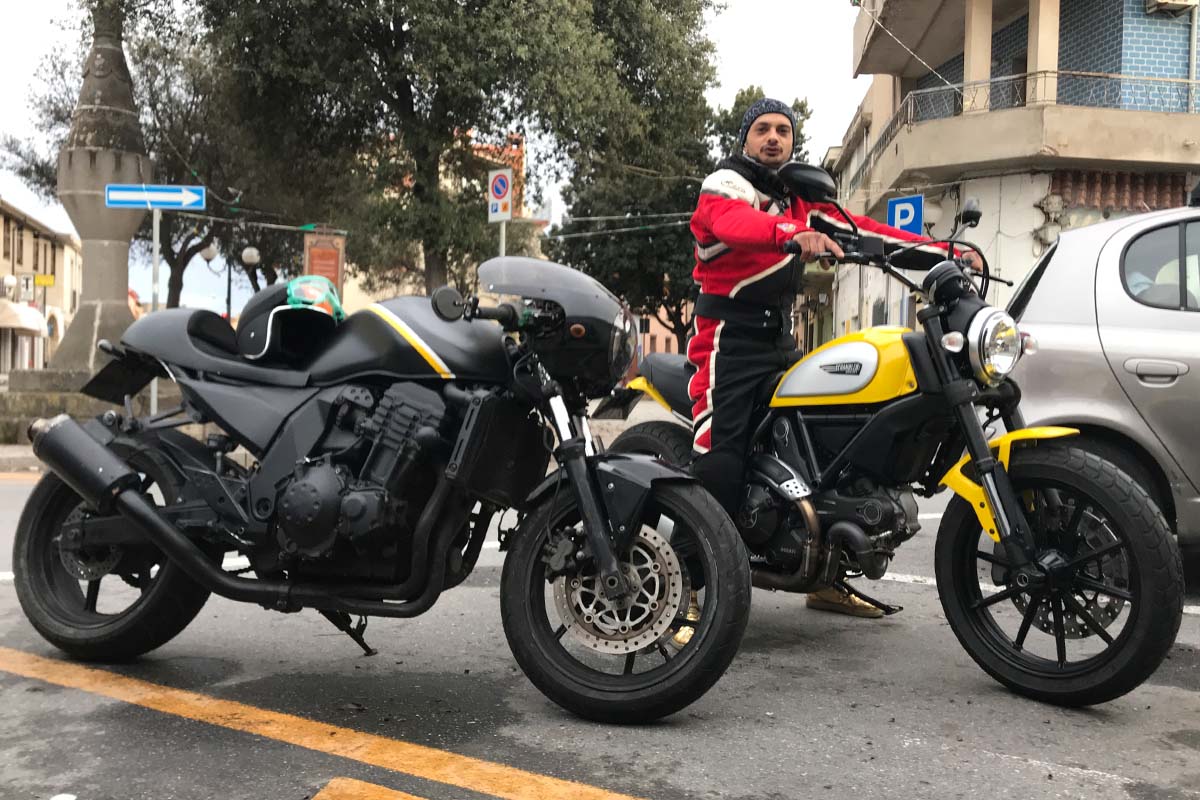 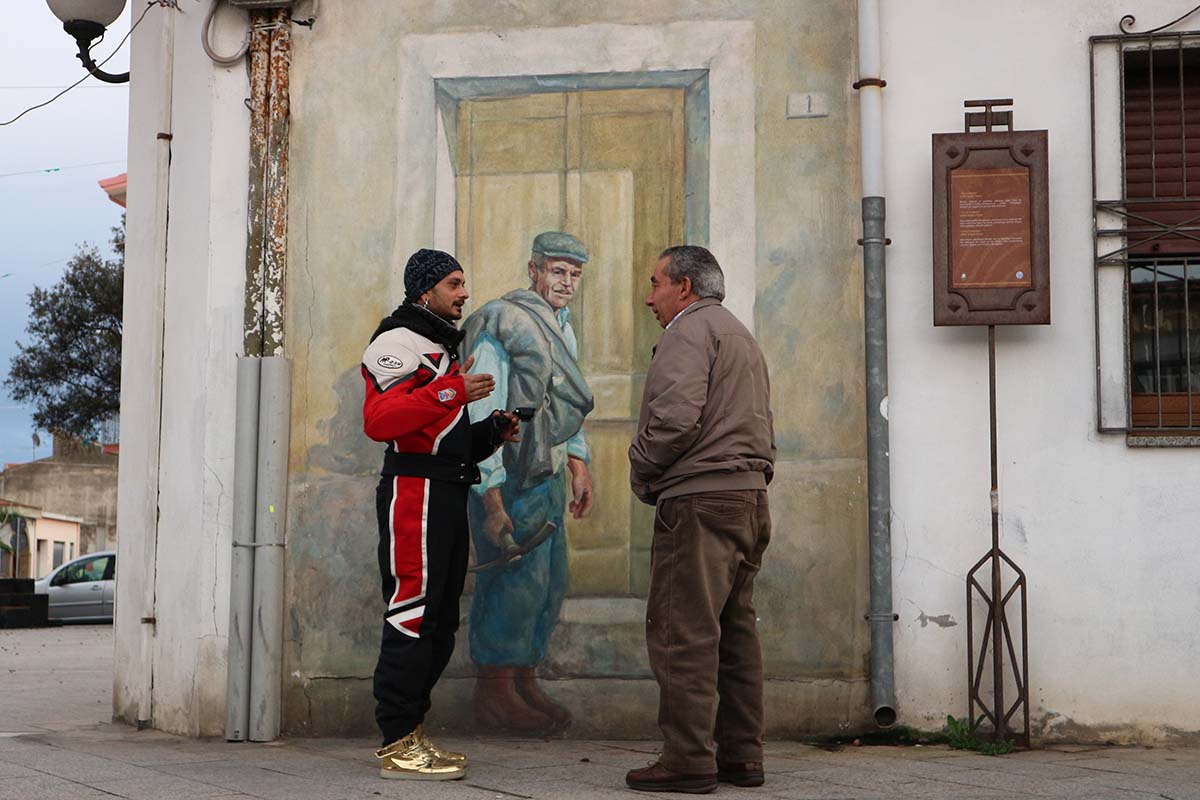 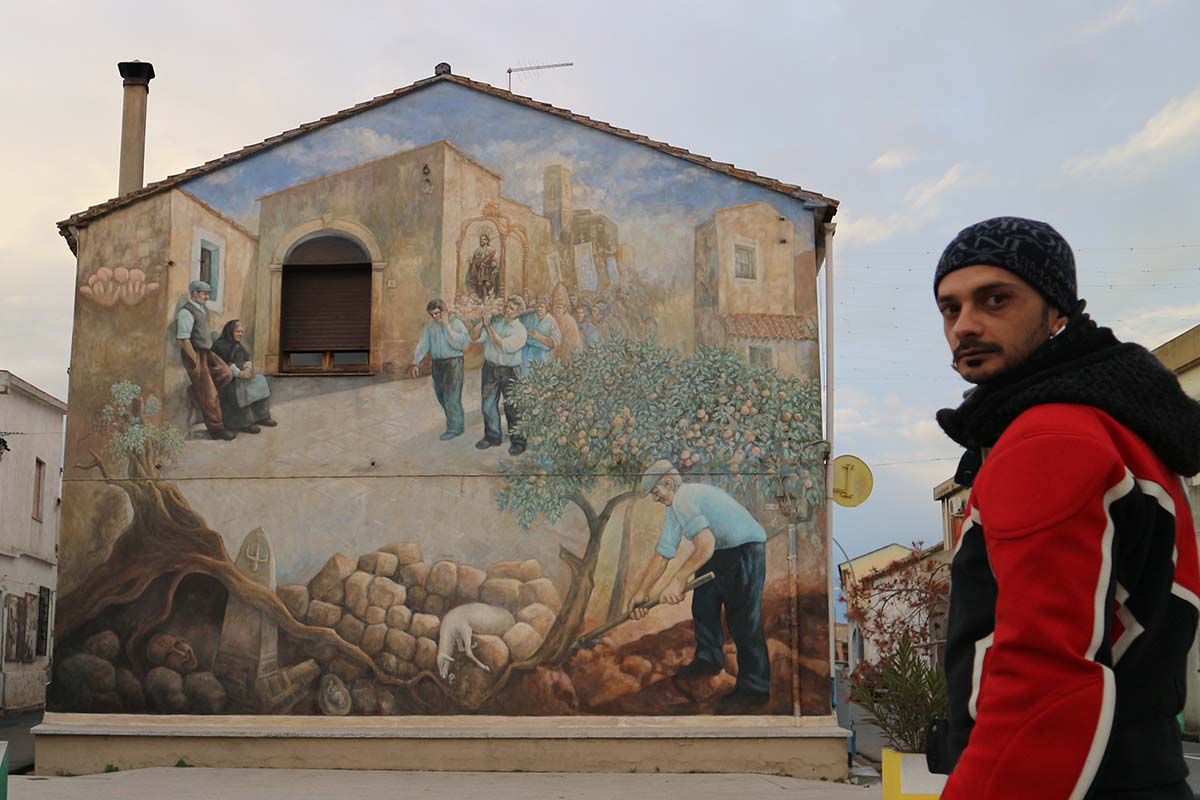 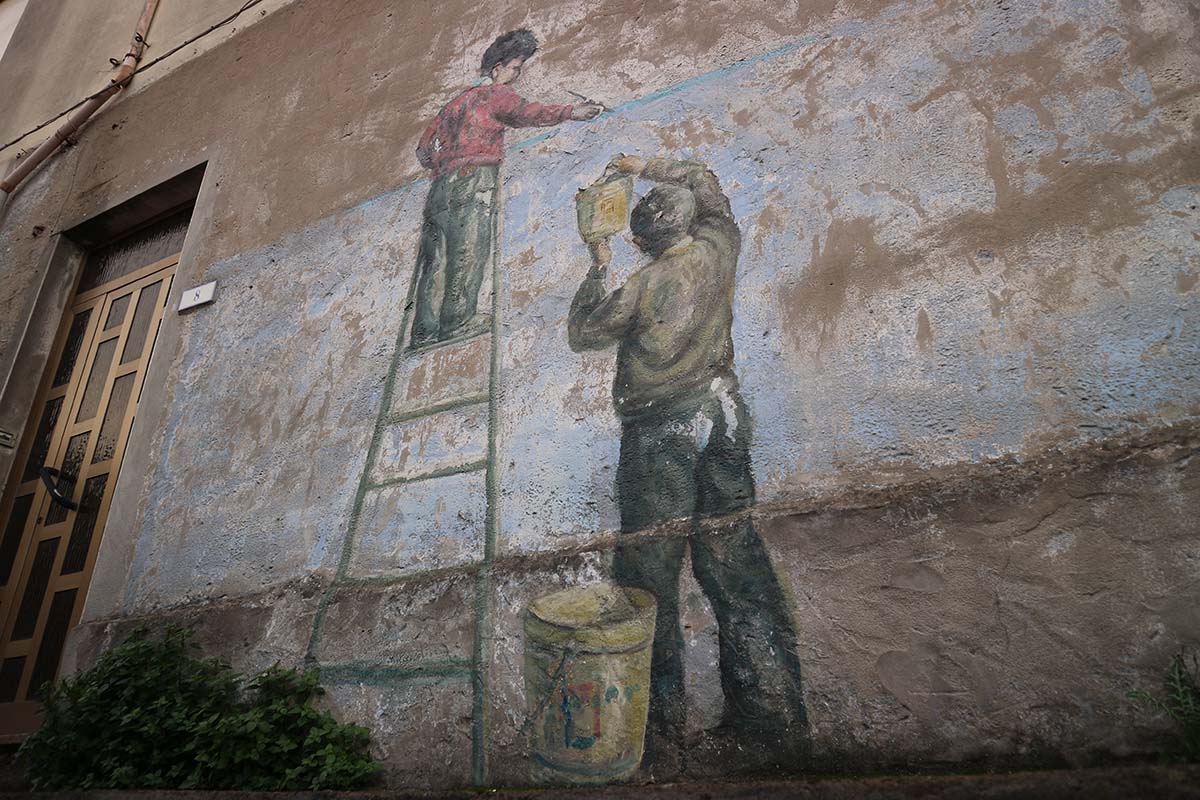 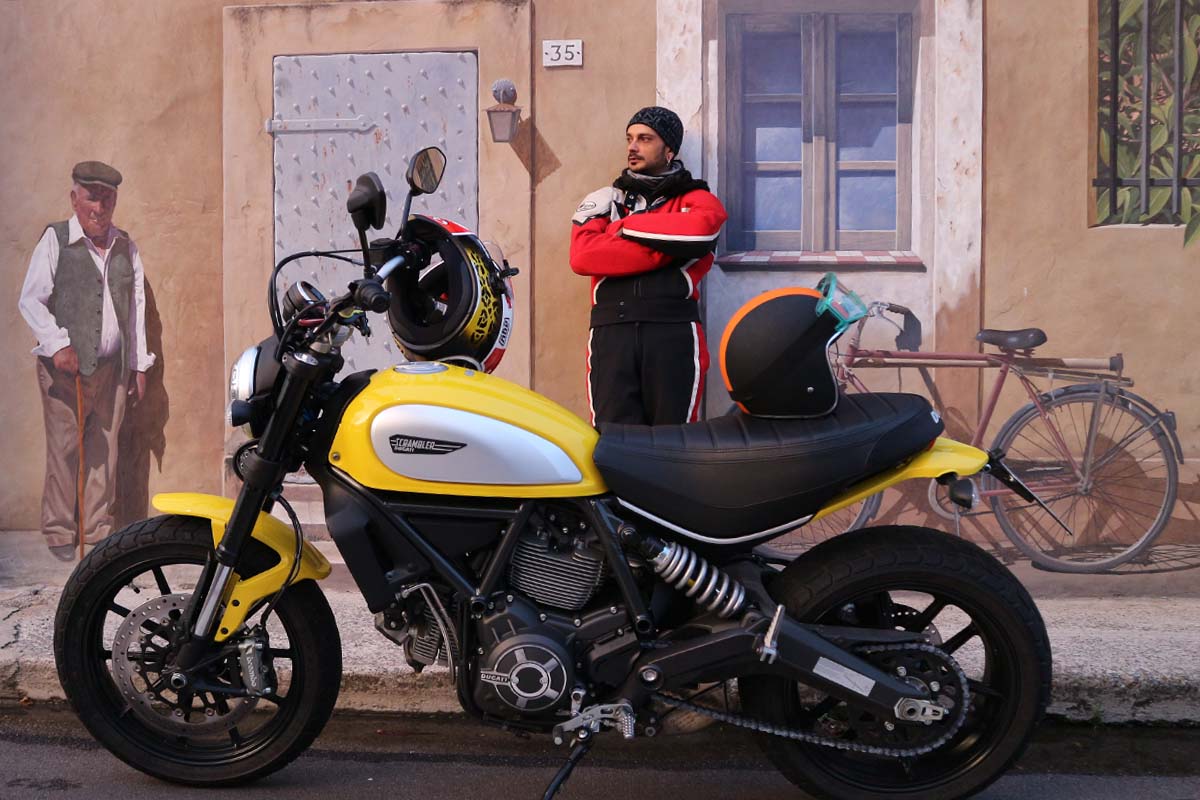 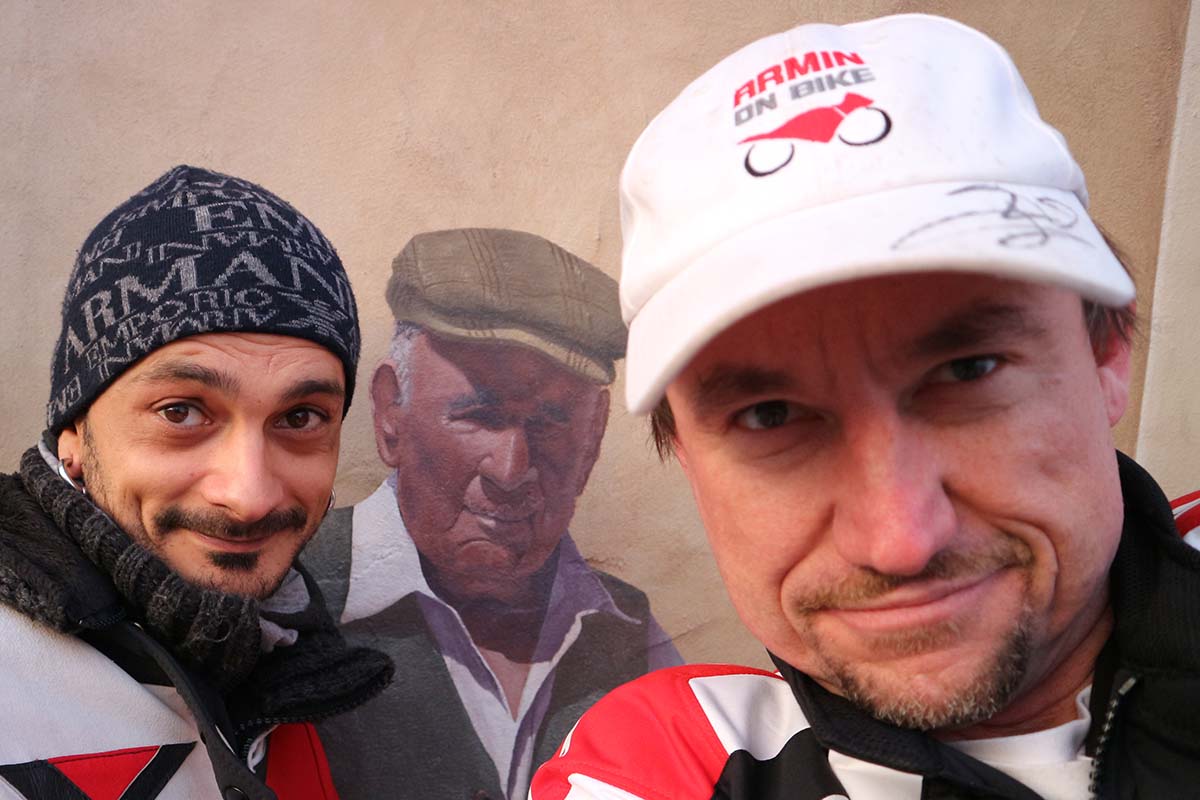 San Sperate is also called `Museum Village´ since there are works of art on nearly every wall of a building. Many notable artists left their mark there since the end of the 60s. Even now the distinguished and young local artists in the field of sculpting, painting and ceramics are very active there. Over 200 mural paintings embellish the village. I was able to see many of them on my tour through the village with Alessio. While doing so he continually showed me new works of art, and again and again I was impressed by and delighted with them.

From afar, in San Sperate, one could see that a heavy rain had fallen on Cagliari. Since it, as is most often the case here according to my experience, didn´t last long, I set off for Cagliari, without having to test the water-repellent ability of my Rokker motorcycle jeans – grin. In my Spidi H2Out jacket I would have stayed dry anyway. 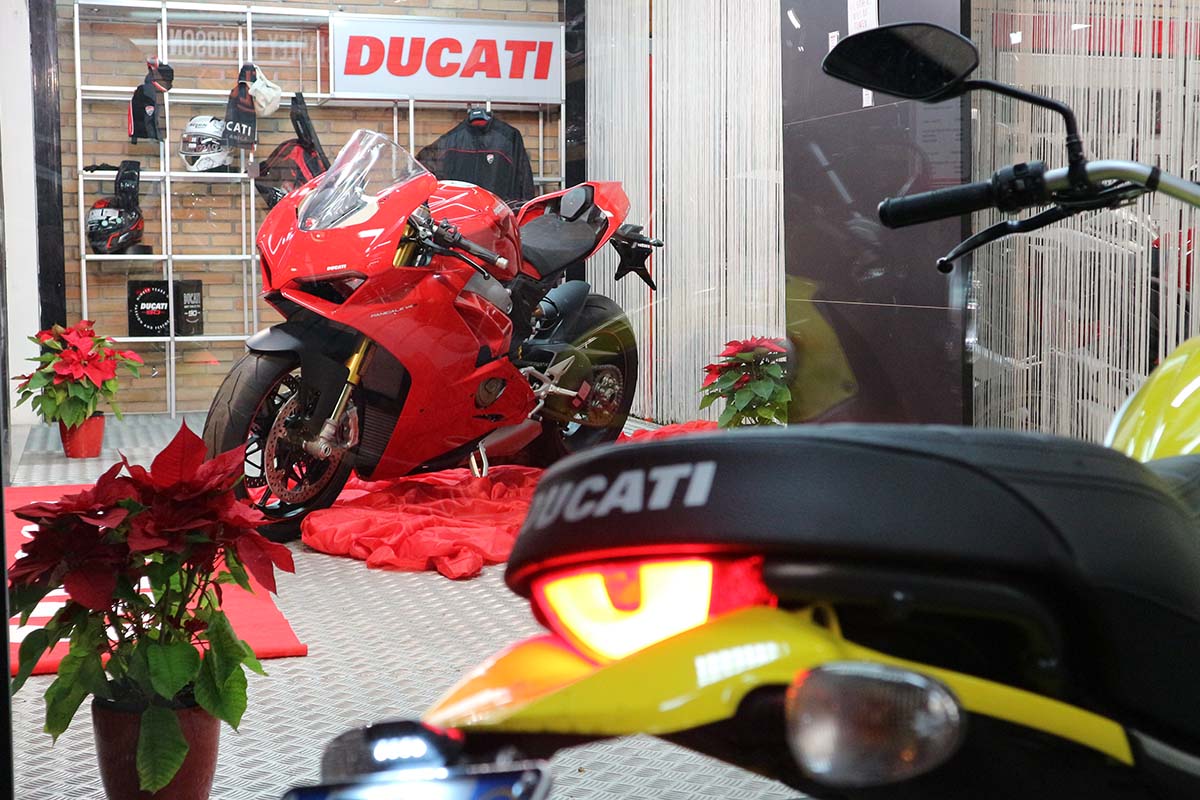 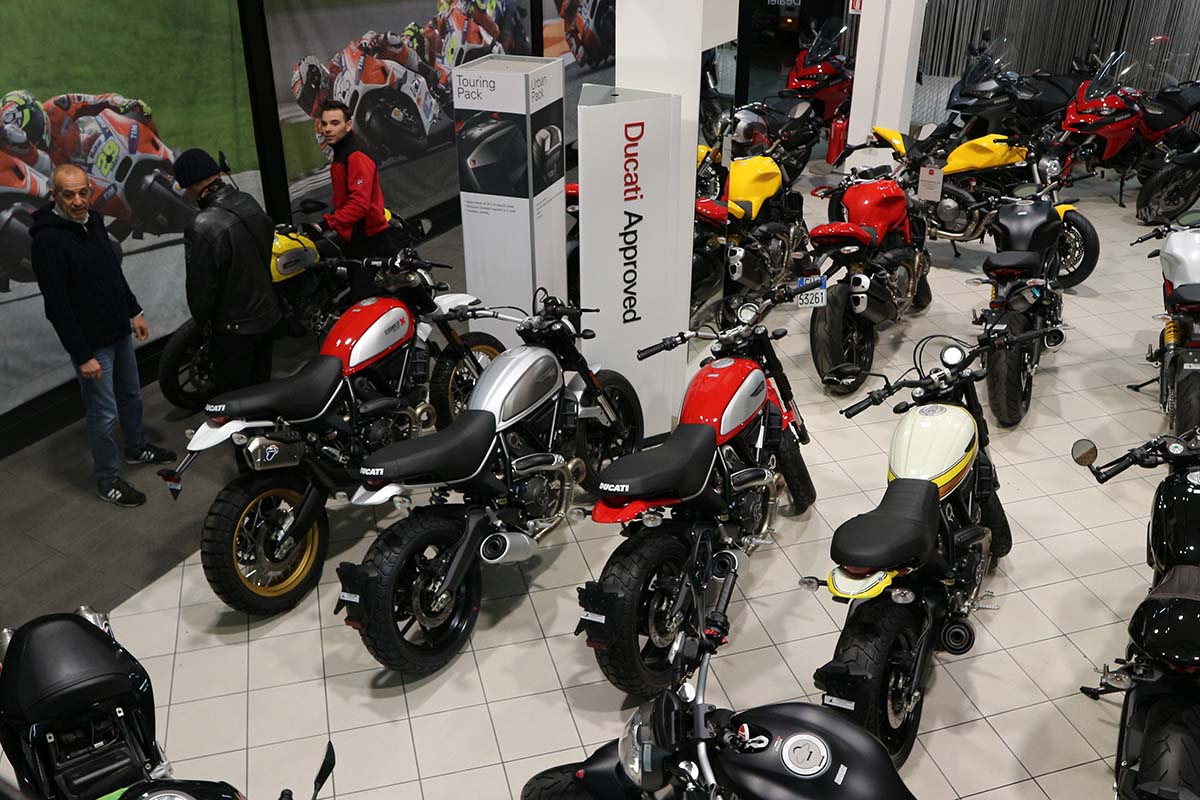 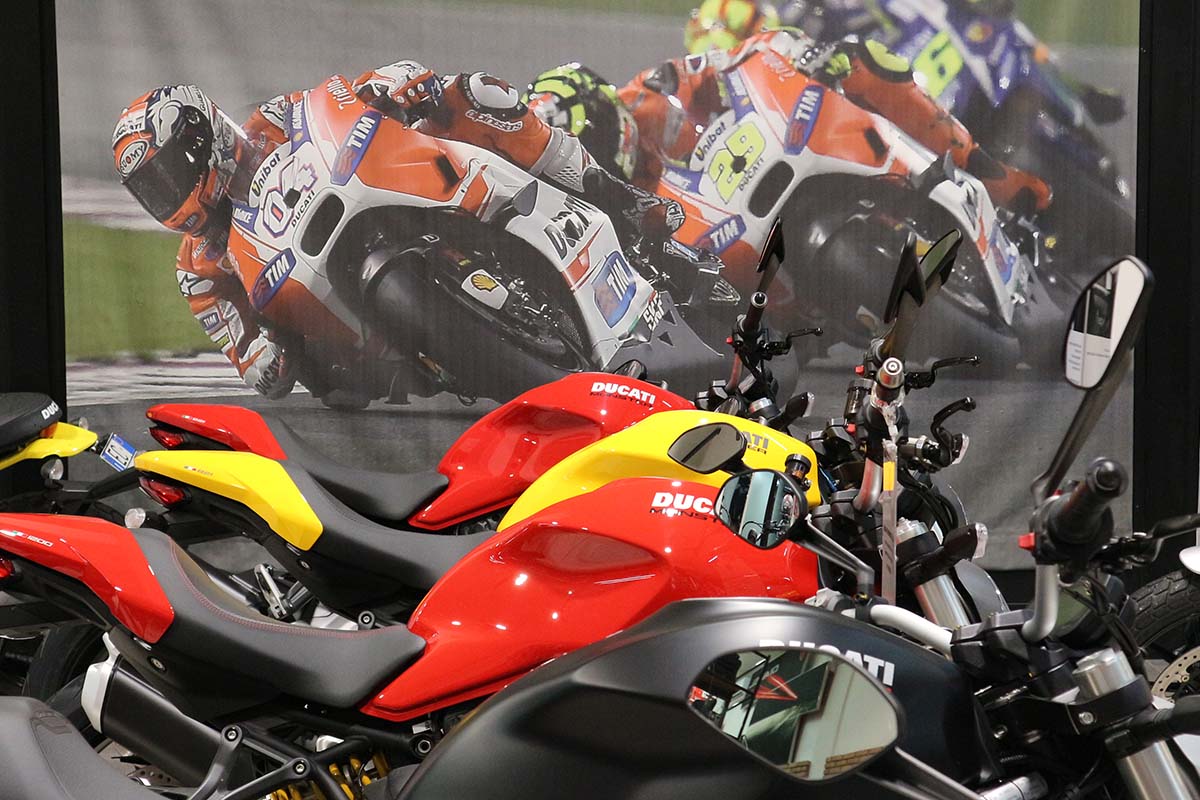 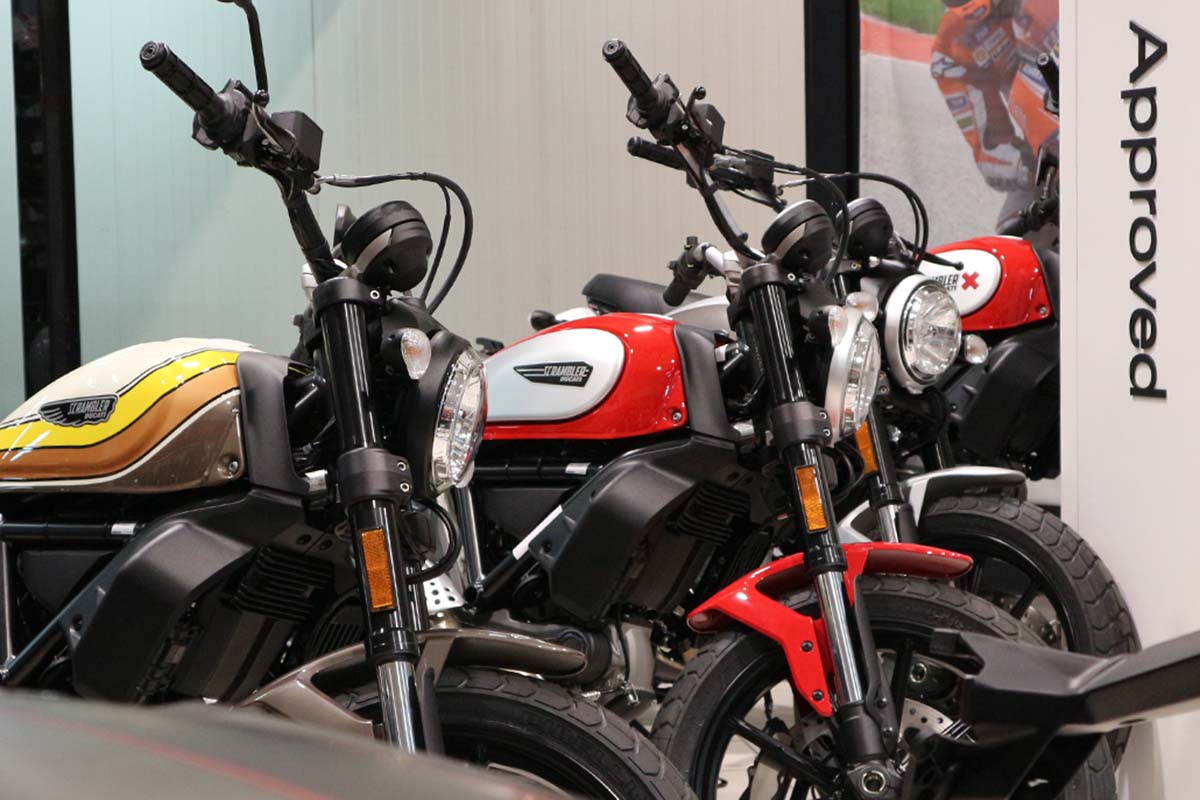 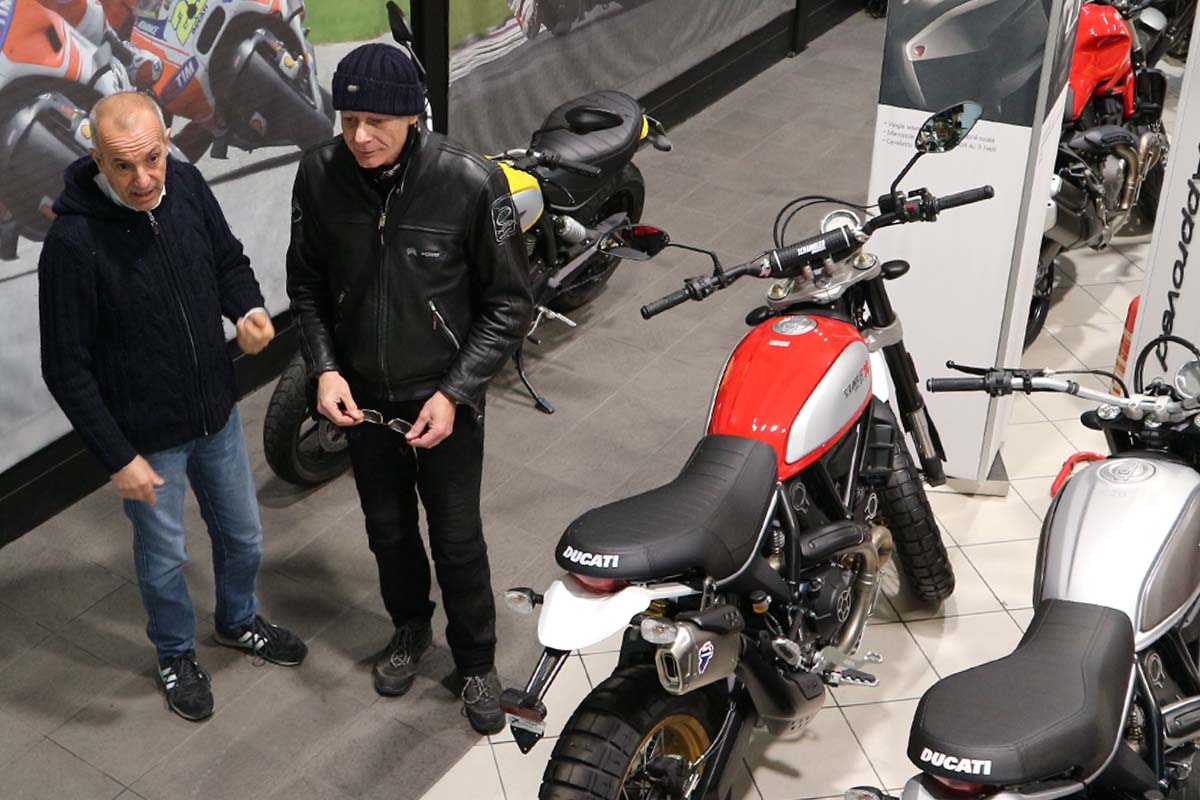 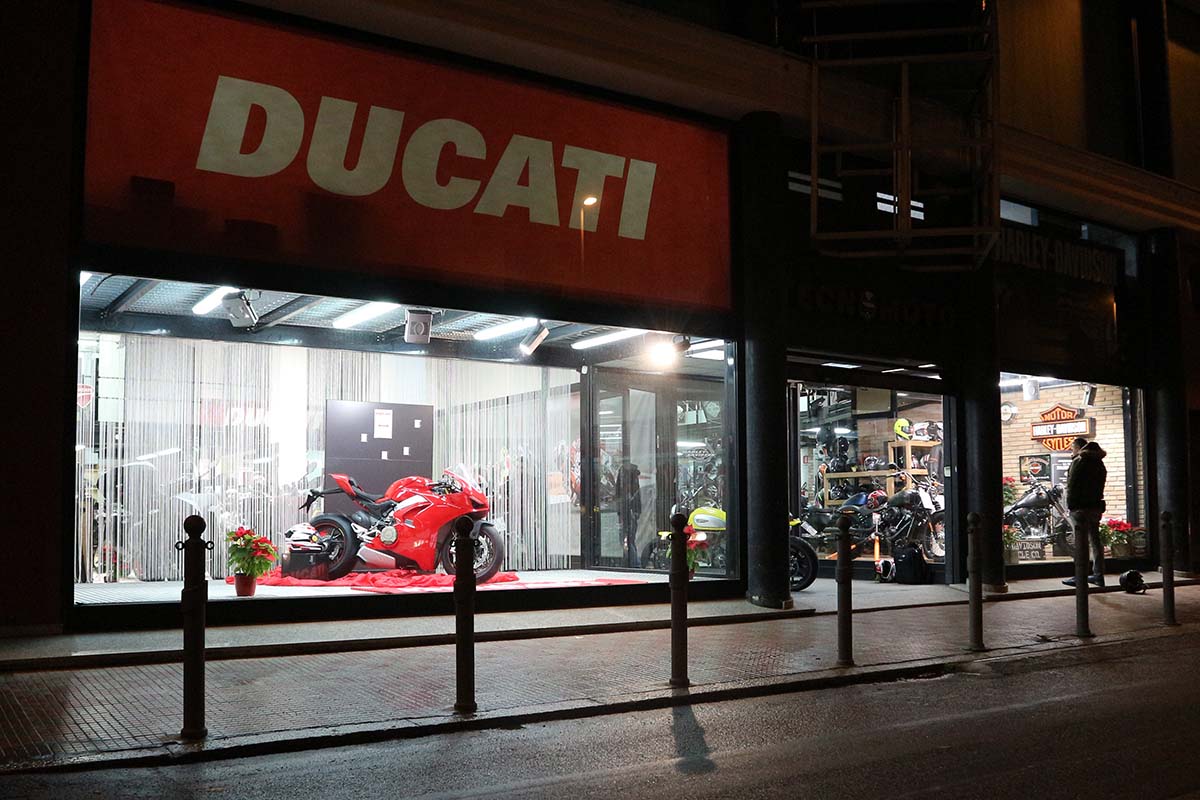 In time before closing time, I arrived at Joe Cow Motos (Ducati Cagliari) to return my Scrambler Ducati. In the meantime it had already become dark. I was warmly welcomed by Giuseppe and his team. After talking shop, cracking jokes and exchanging experiences, another satisfying and successful day with my friends in Sardinia came to an end.

Finally a video, which shows me rolling down the very narrow and impressive Via Alberto Lamarmora in Cagliari, in the district Castello, towards the port. Enjoy watching and bye for now from Cagliari!