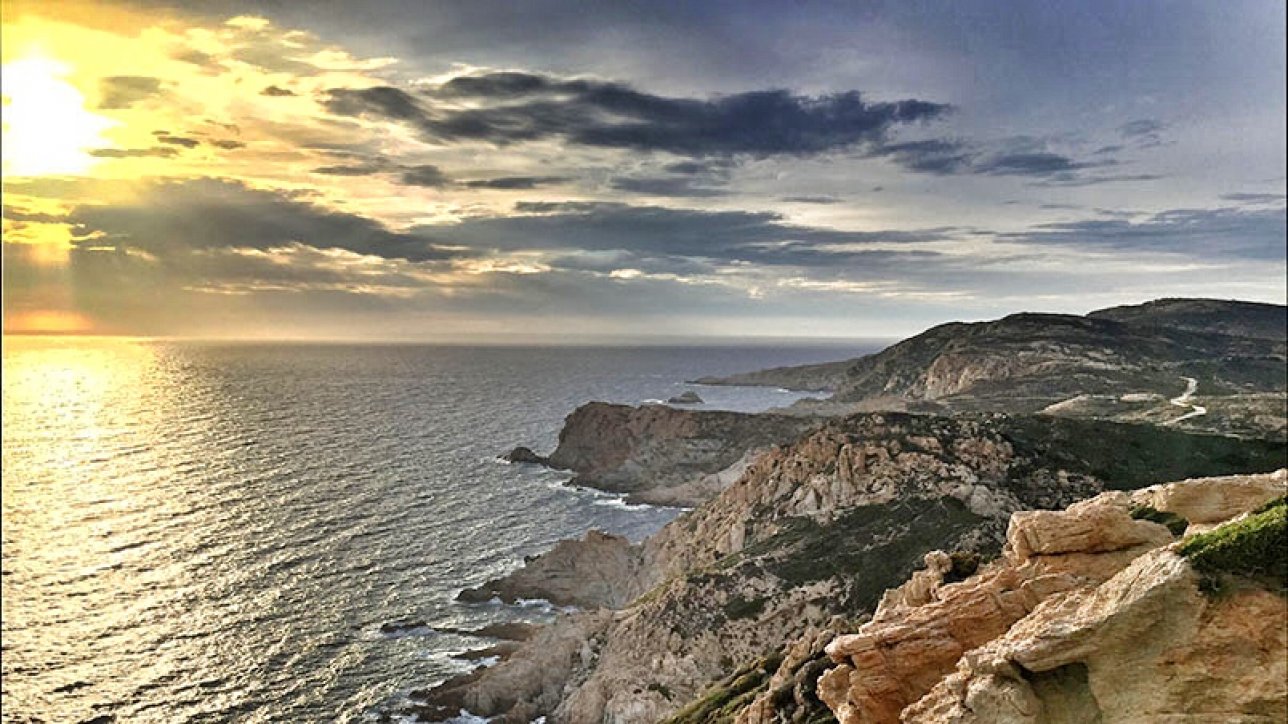 Cagliari | Sardinia – In Corsica I had to deal with some technical issues which I could solve in Alghero, so that I´m finally able to report again. A lot of things happened in the meantime. But let´s take one thing at a time….

We stopped at the port of Saint-Florent. Dark clouds were drifting through the sky and I was pondering whether I should continue driving or not. I decided to drive on, which was a good decision, because I was late already and the dark clouds only brought some rain drops to Calvi. The weather was gradually getting better. After the wonderfully diversified curves of D81, the T30 to Calvi enabled a somewhat faster driving. Long straights, elongated curves and the broad clear street contributed to that. On the right, the view onto the wonderful blue of the sea. Shortly after the entry to Calvi I needed to tank up and I had a little something to eat for myself as well. Then I drove on through the old city of Calvi. 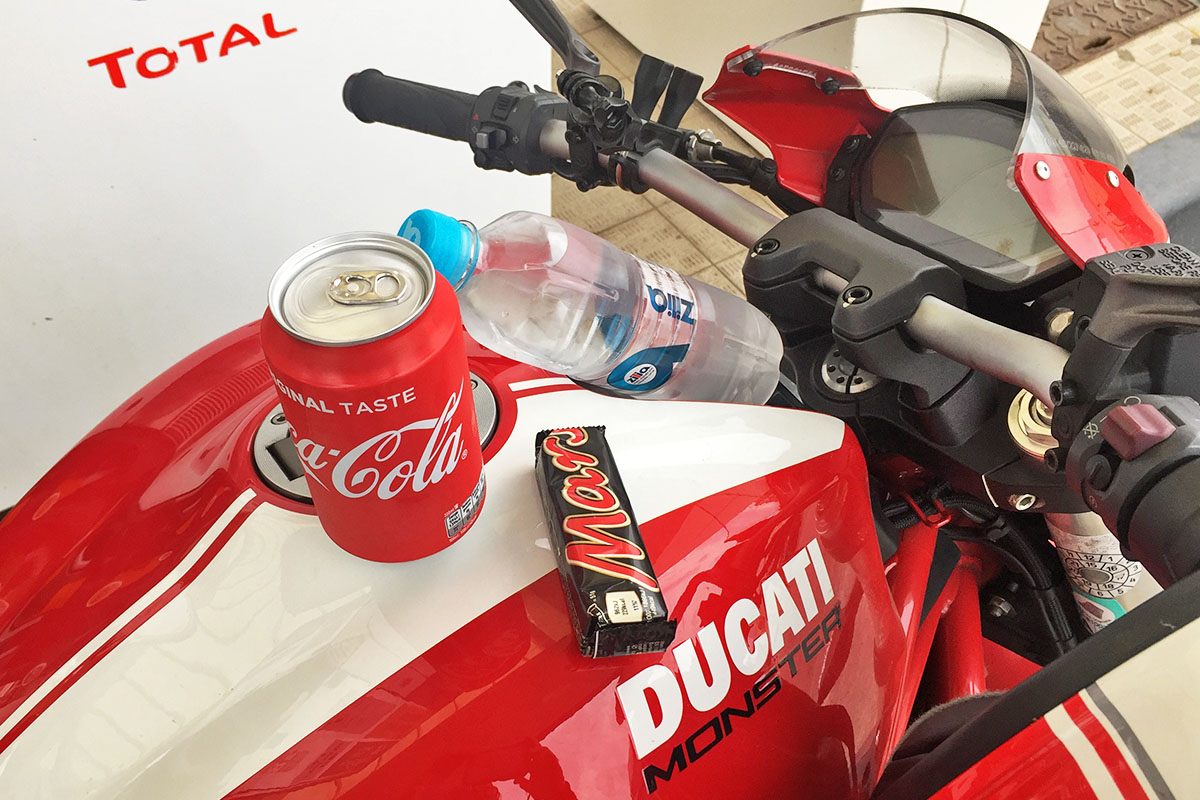 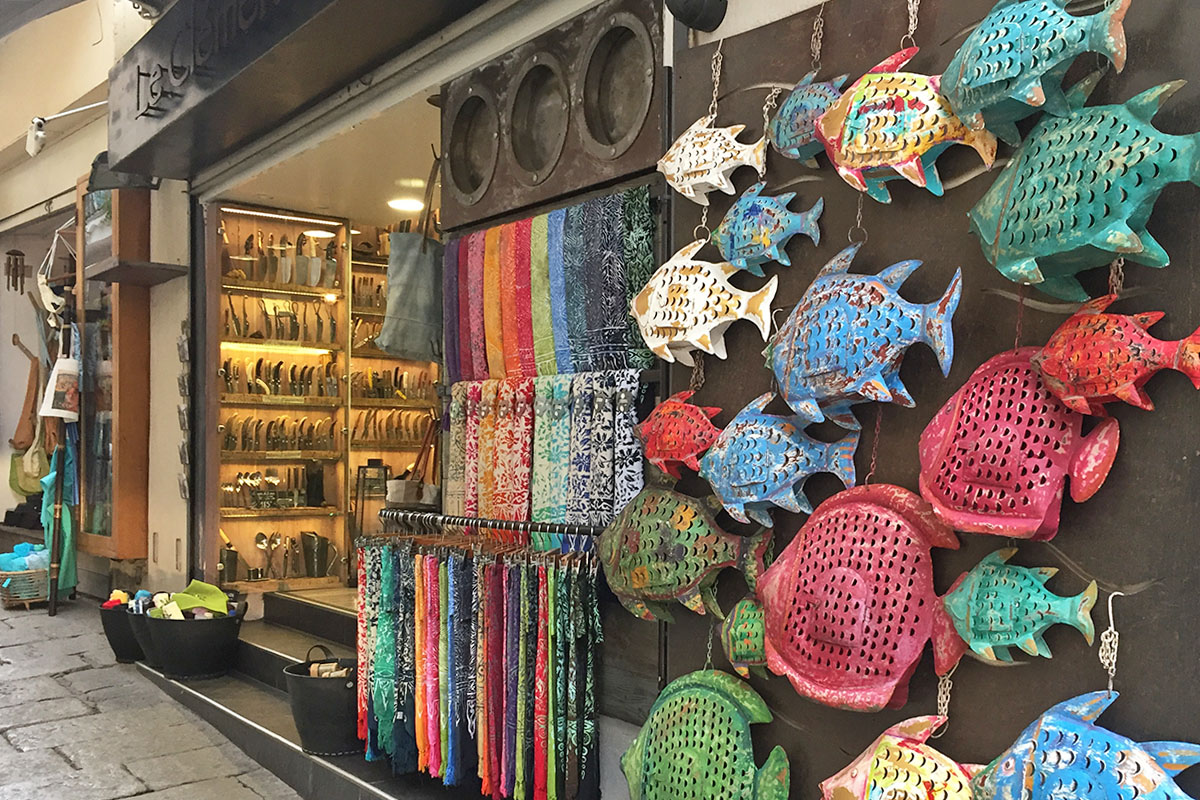 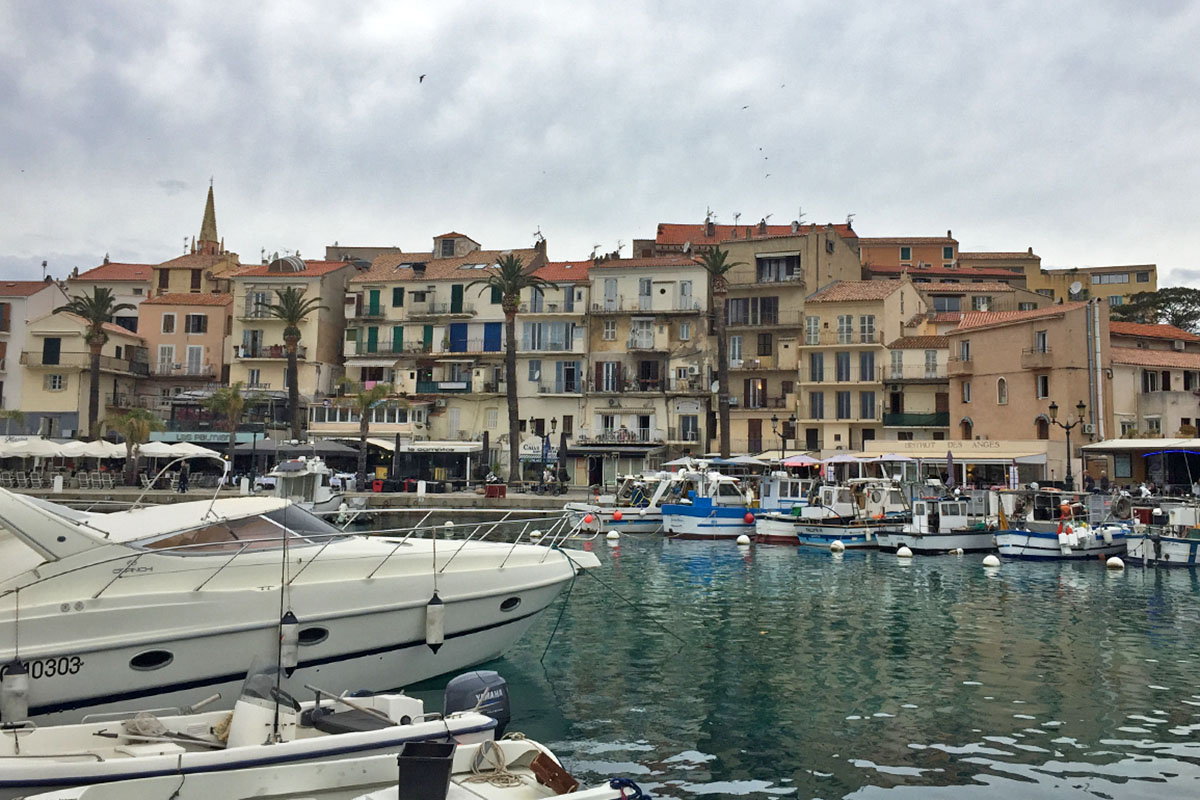 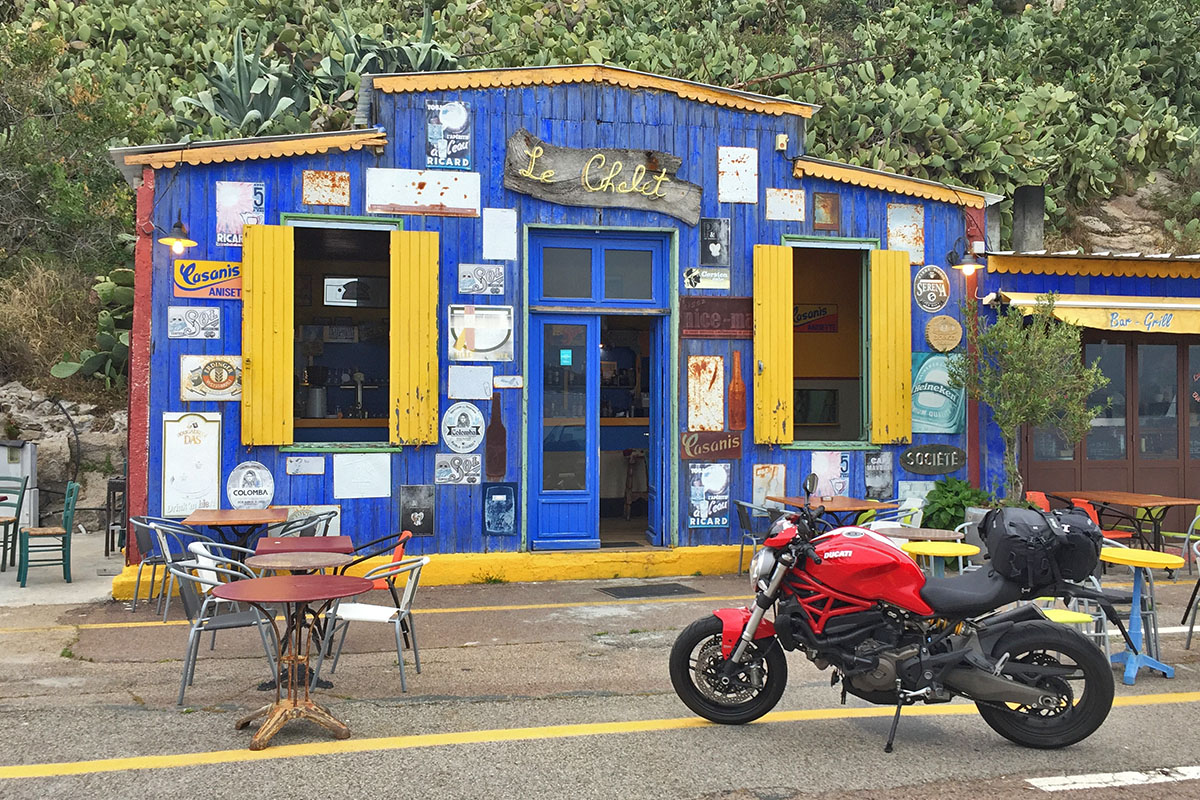 It was already half past six and I still had a long way to go. But I didn´t want to miss the chapel of Notre-Dame de la Serra because I had already read about the awesome view one has from the chapel over Calvi. And as a matter of fact even the steep drive way along the rugged rock formations was a great experience. I was all alone when I reached the top. There, I was immersed in a peculiar mood that dimmed everything around me. 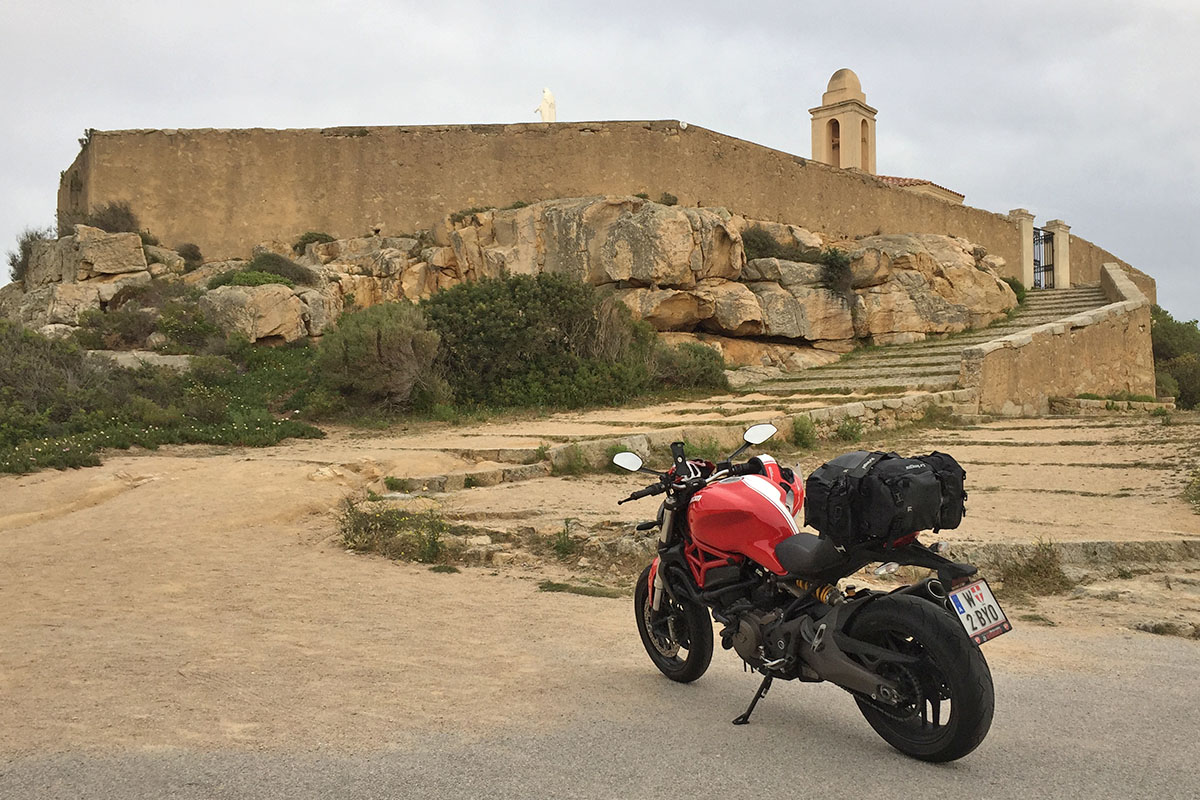 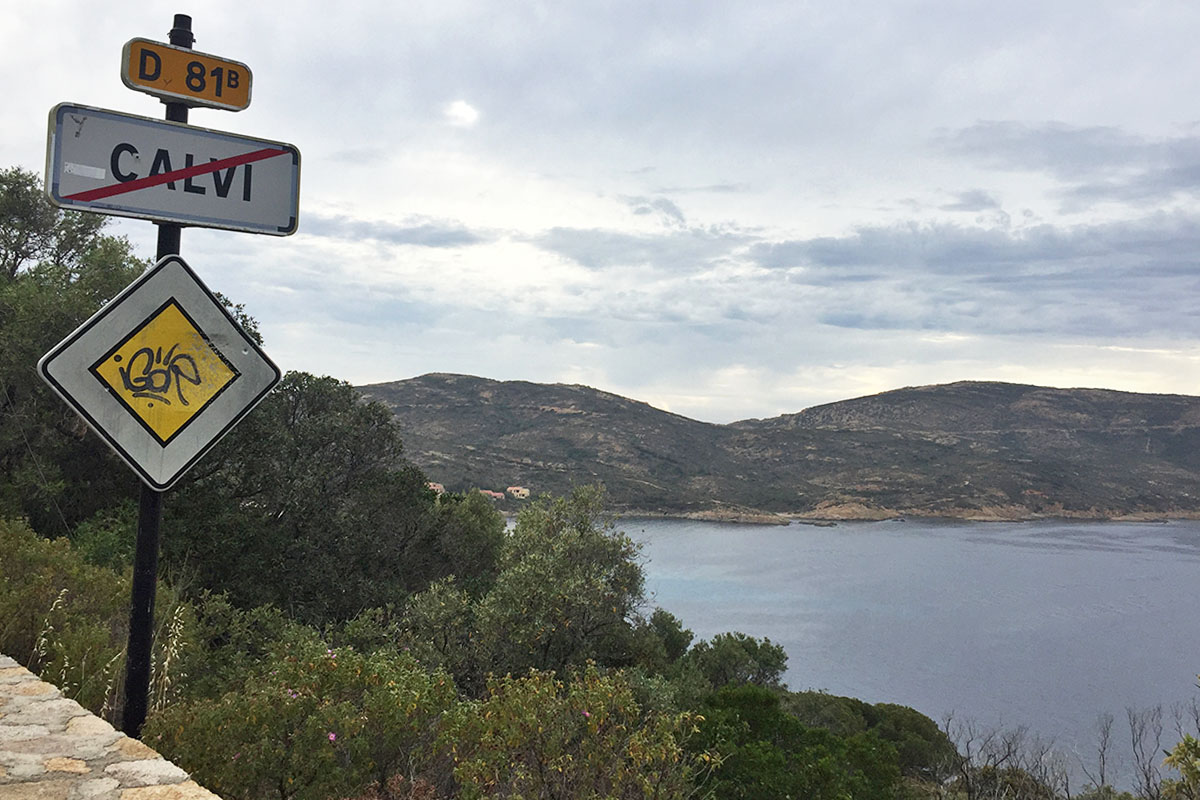 The path led to D81b, the road that is well known for its great views but also for its bad driving conditions. In the direction of the road, the sun was just about to sink into the sea, and I simply knew that I had to get there. For this decision I was remunerated with a breathtaking view of the sunset.

The road itself: the first part is very good to drive along, in between it´s somewhat bumpy for a while, and then it gets better again. Well, with my Monster with her standard suspension set-ups as well as 2.3 Bar in the front and 2.7 Bar in the back tire, one can master the worse part of the road quite well, with 50-60 km/h. If you are in that area some day, please do drive, preferably around the time of the sunset. And, don´t worry. Even though Google Maps doesn´t know the road as a route, it´s definitely there – grin.

After leaving the D81b it continued to be wonderfully curvy on the D81. Since it was late by then it was getting really dark. I was glad that before I left Vienna, I had exchanged my original headlight bulb for an Osram Night Racer 110 H4. The light is much brighter than that of the original bulb. The only point of criticism is that the full beam focuses on a much too small area. Therefore I wandered around through the darkness a bit, until the marvelously illuminated Marine de Porte suddenly appeared under me. There I was welcomed very kindly and I could even take a filled baguette and a beverage to my room. 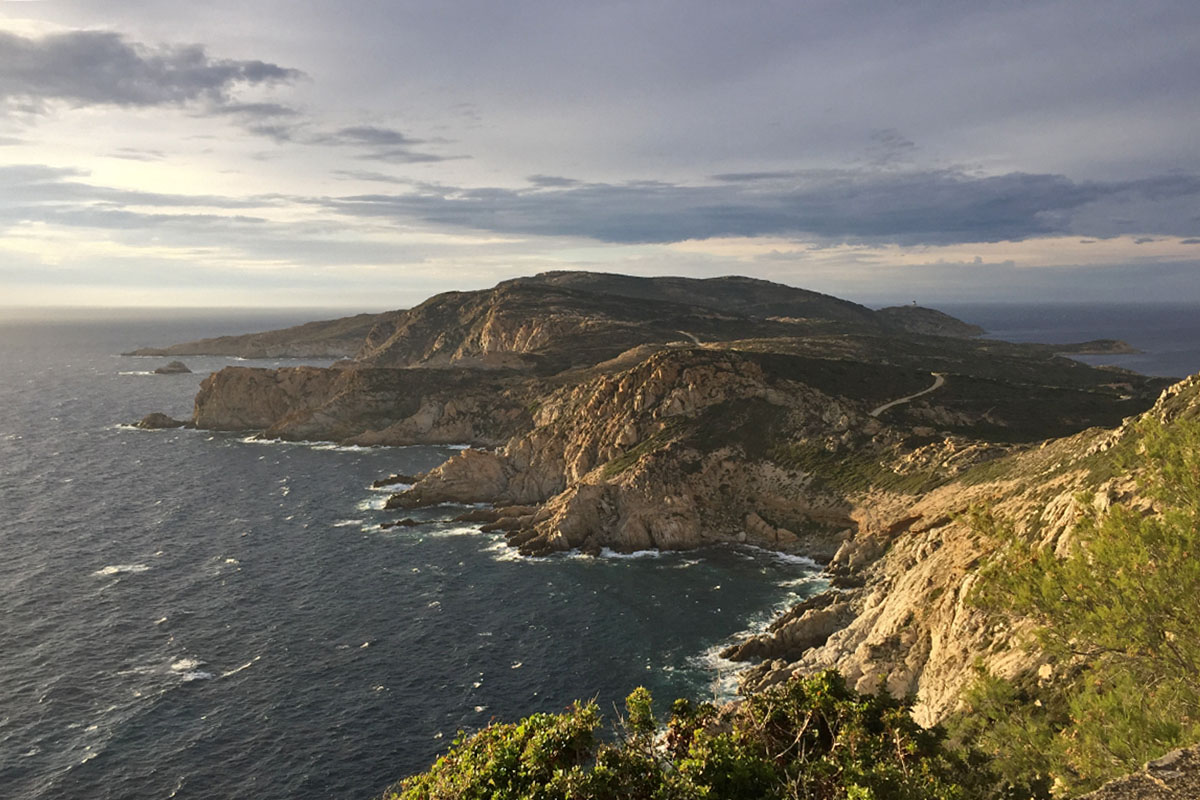 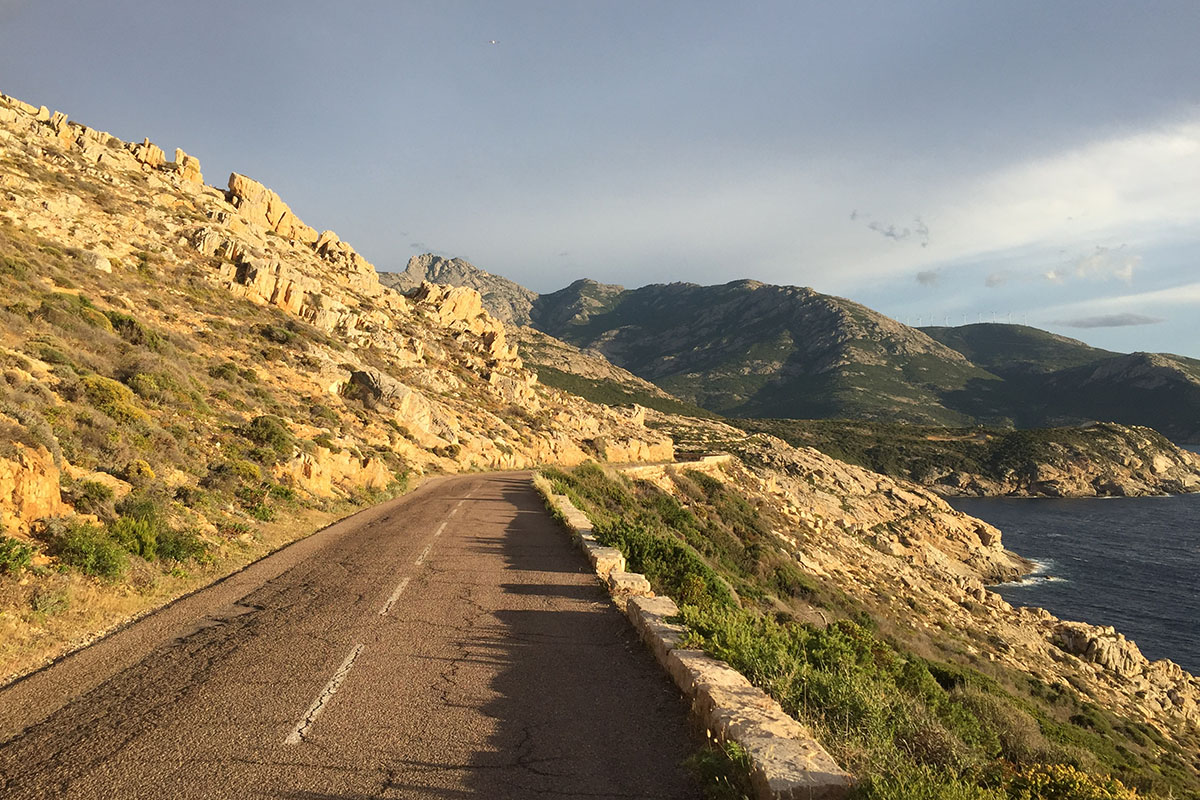 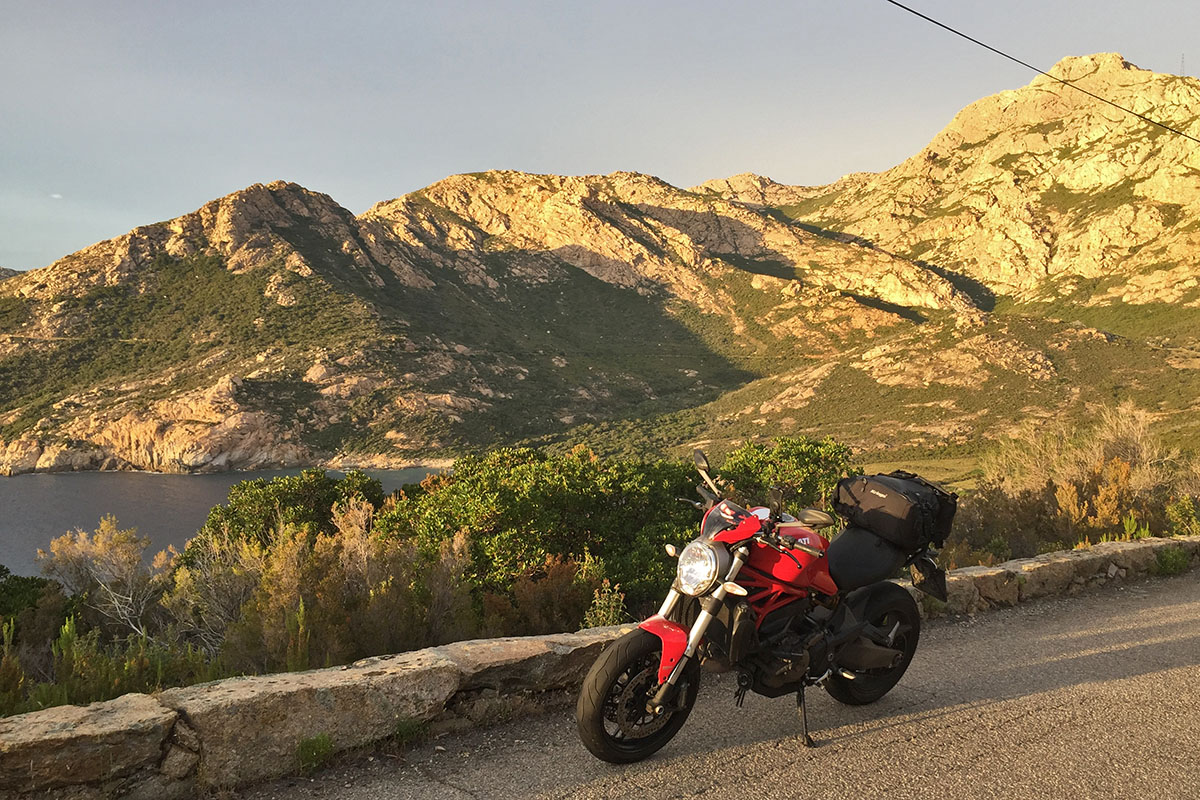 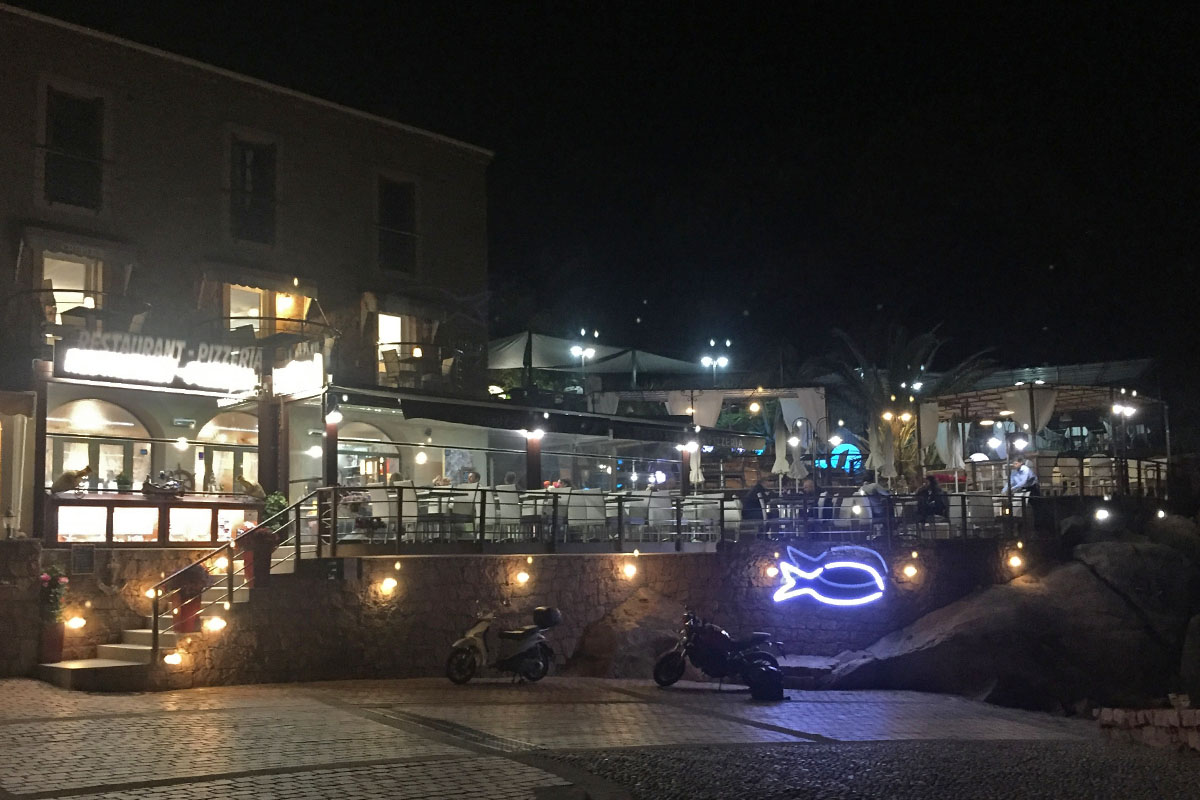 Now I´m going to go the WIND-Shop Cagliari. Maybe they can get my prepaid data card Simwind 5GB in my tablet to work. Unfortunately, neither the guys in WIND-Shop in Alghero nor the ones here in my B&B have, despite their greatest efforts, managed to do so. In my view, it was due to a language problem because the tablet did not let itself switch to Italian. Now that I have downloaded ‘ Italian’ I´m optimistic that it´ll work out. I´ll keep you informed. Right now I´m waiting for my 1.2 GB Video Upload to be complete, currently I´m at 72%, so that I can upload some pictures and a video for you guys. Then, after the stop at the WIND-Shop, I can finally go to ‘Spiaggia di Punta Molentis’. It´s a good moment for me anyway because it´s still too hot in the sun and on the beach. As you can see, a blogger´s life is really hard– grin.