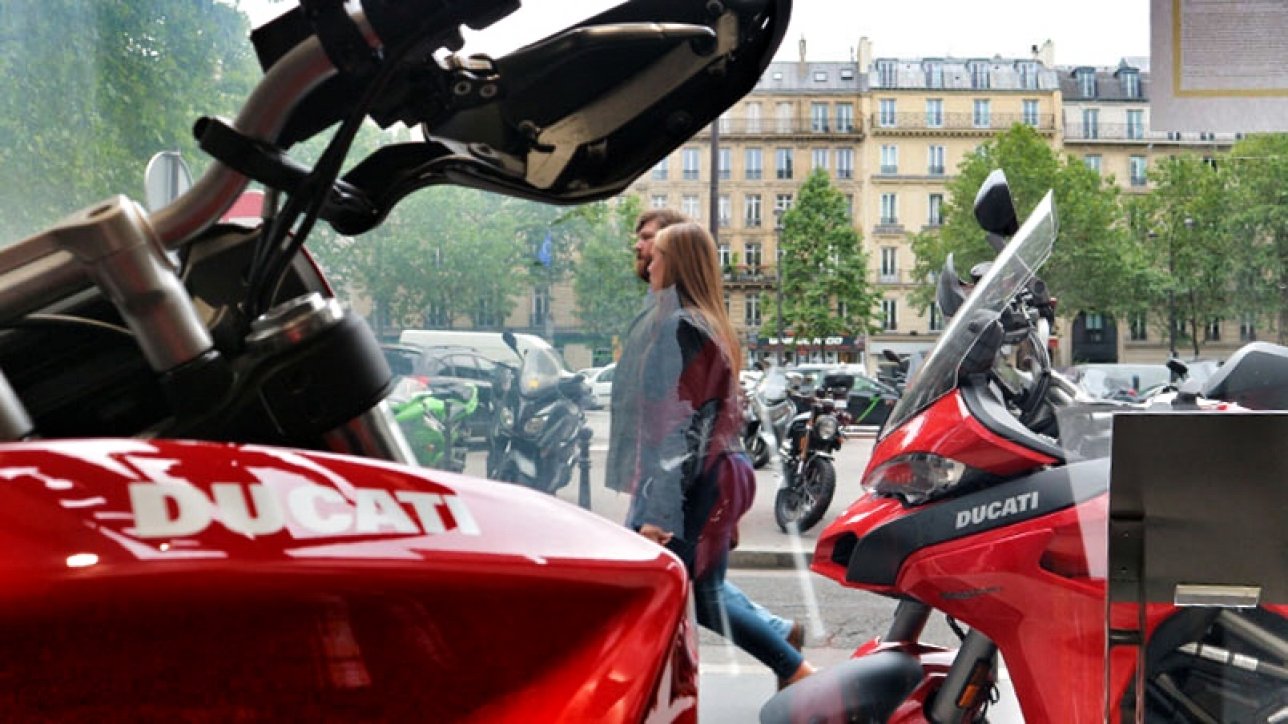 Arc de Triomphe de l’Étoile | Paris – A visit to DUCATI Paris could not be missed during my short visit in the French capital. Moreover, as the business is located at a very prominent address, only a few metres from the famous triumphal arch on the Avenue de la Grande-Armée…

The day before I had travelled from Vienna to Paris, to follow the invitation of NIU Technologies, attending the world premiere of two new electric smart scooters. Paris welcomed me with heavy rain shortly after arriving in the Novotel Paris Centre Tour Eiffel, which continued until the next morning. Despite the adverse weather conditions I took this opportunity to explore the city a bit. It was my first stay in Paris and I was rewarded with some nice motifs around the Eiffel Tower. 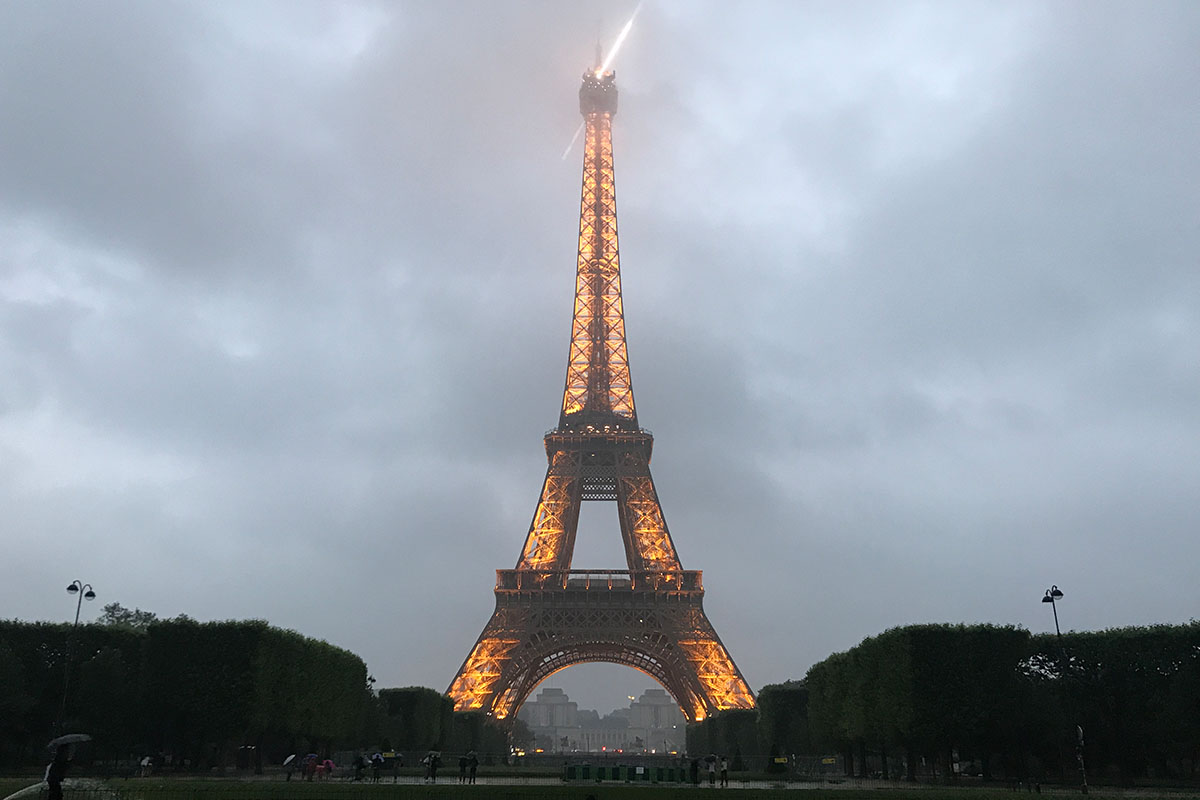 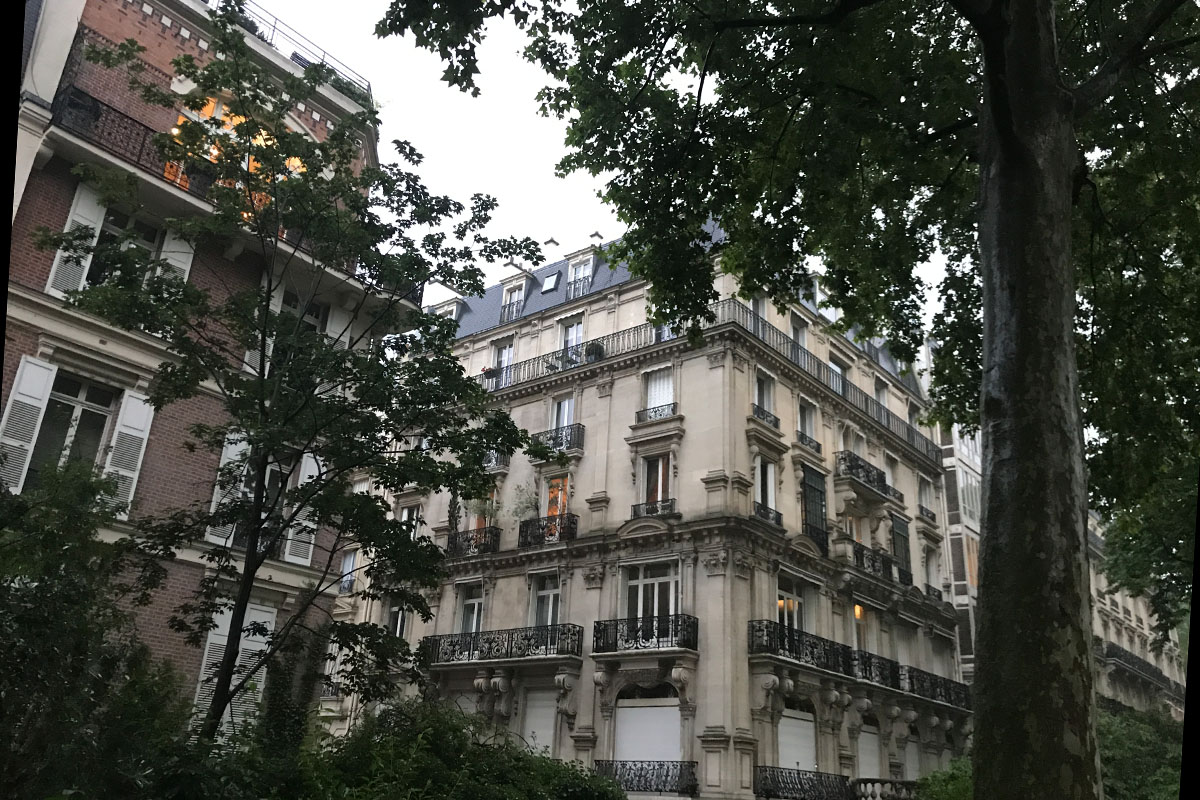 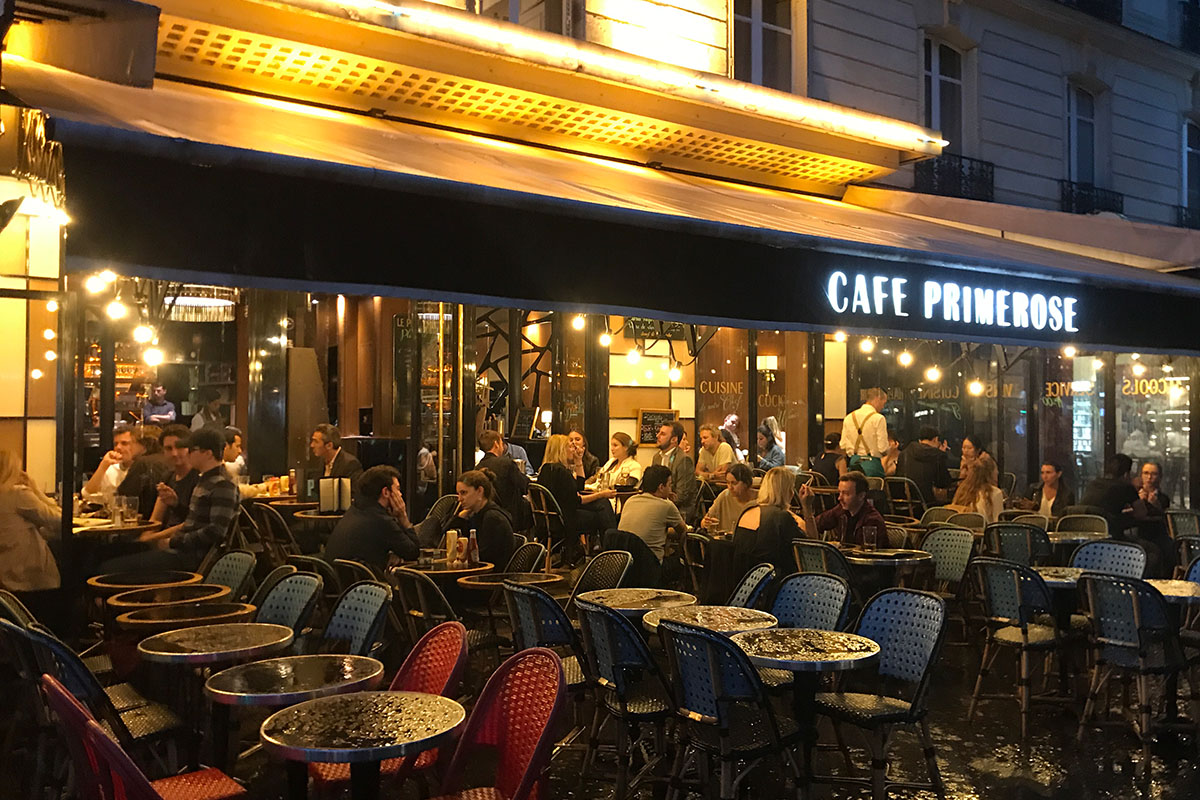 The next day I set out in the morning to the NIU presentation in the venue of the noble Carrousel du Louvre. I left the impressive event in the early afternoon. Therefore, I had some time before my flight back to Vienna and took the metro line 1 to DUCATI Paris. I had already announced my visit in advance via Instagram and was kindly received by Rémi Durand. 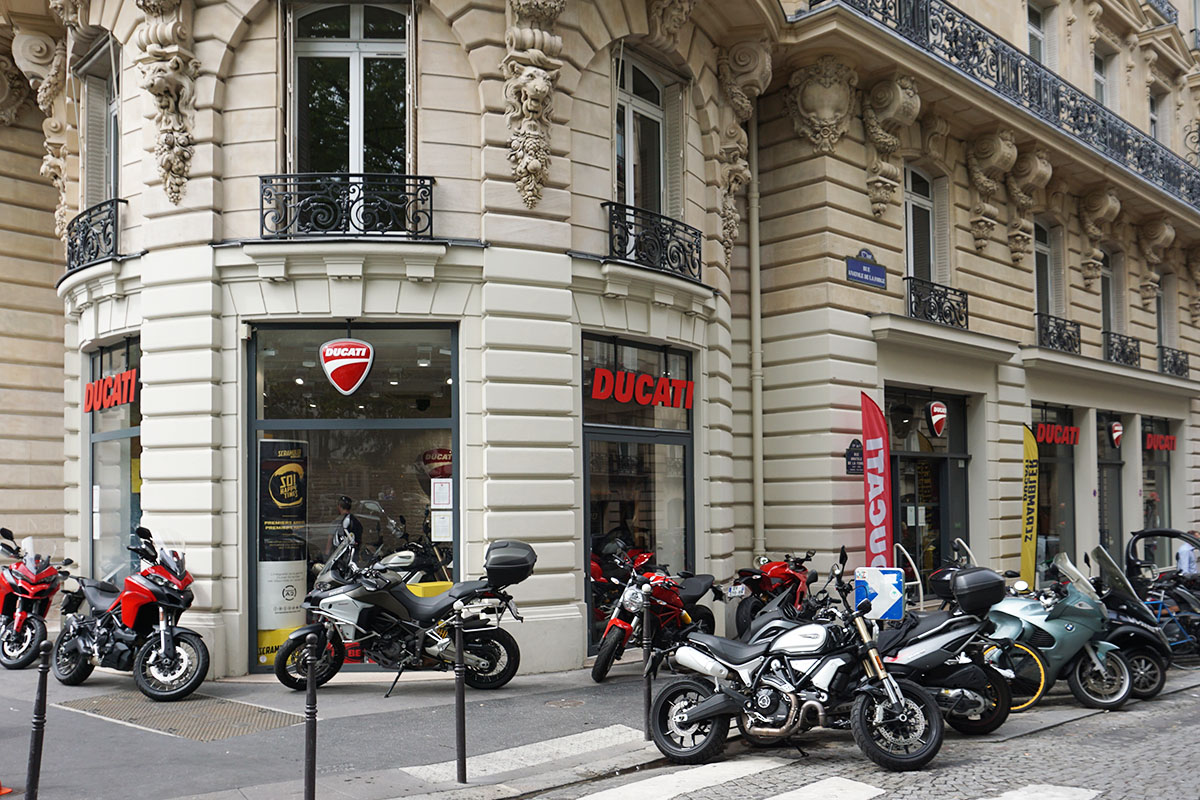 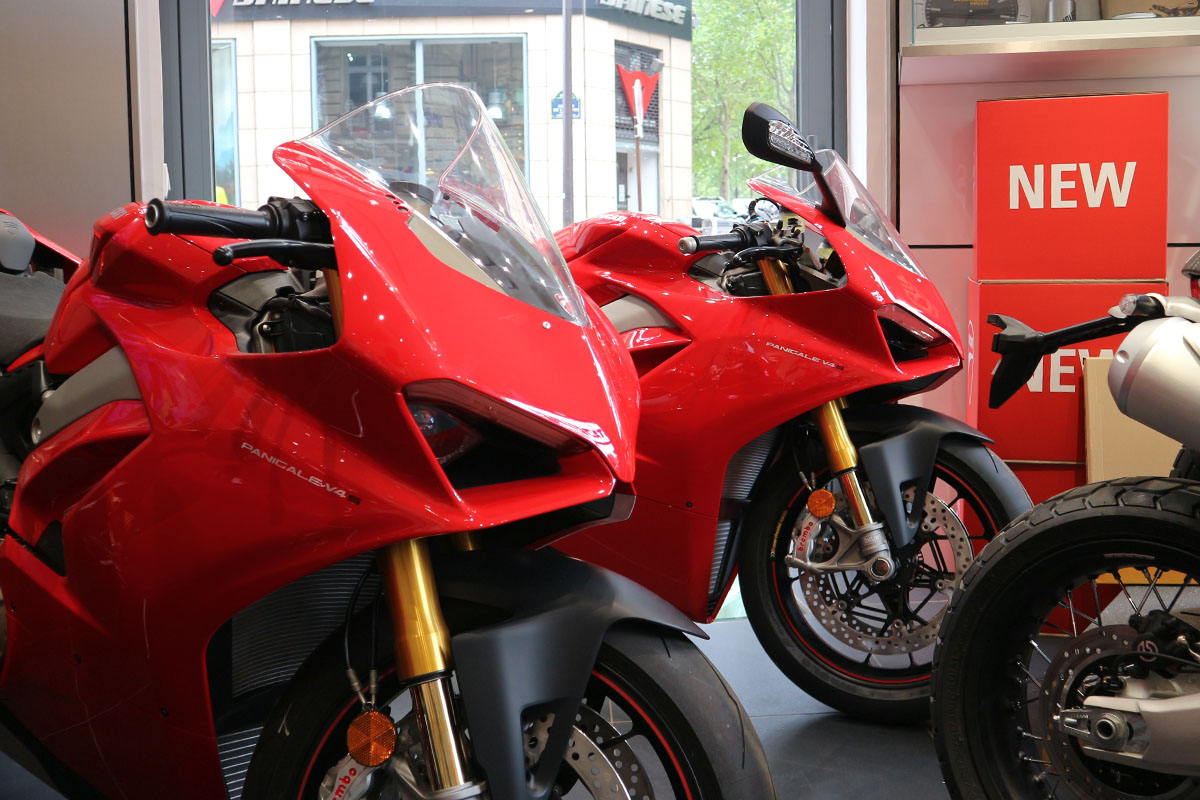 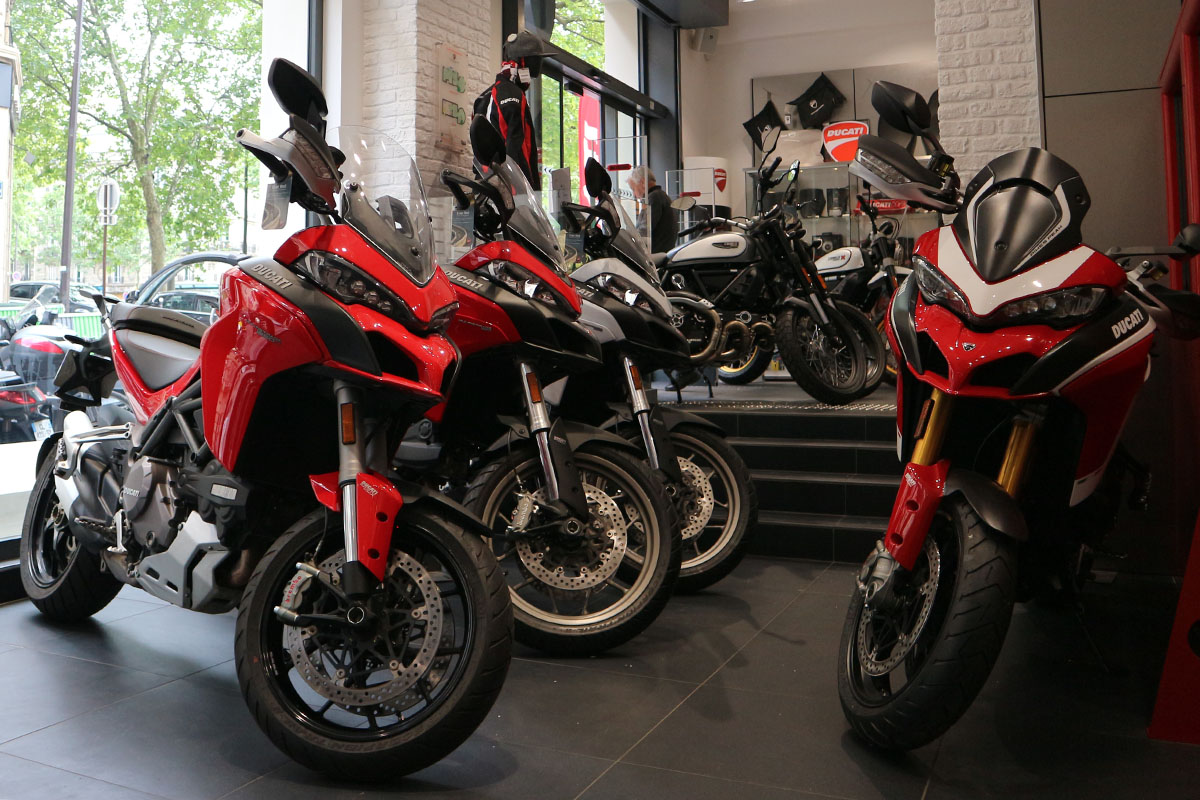 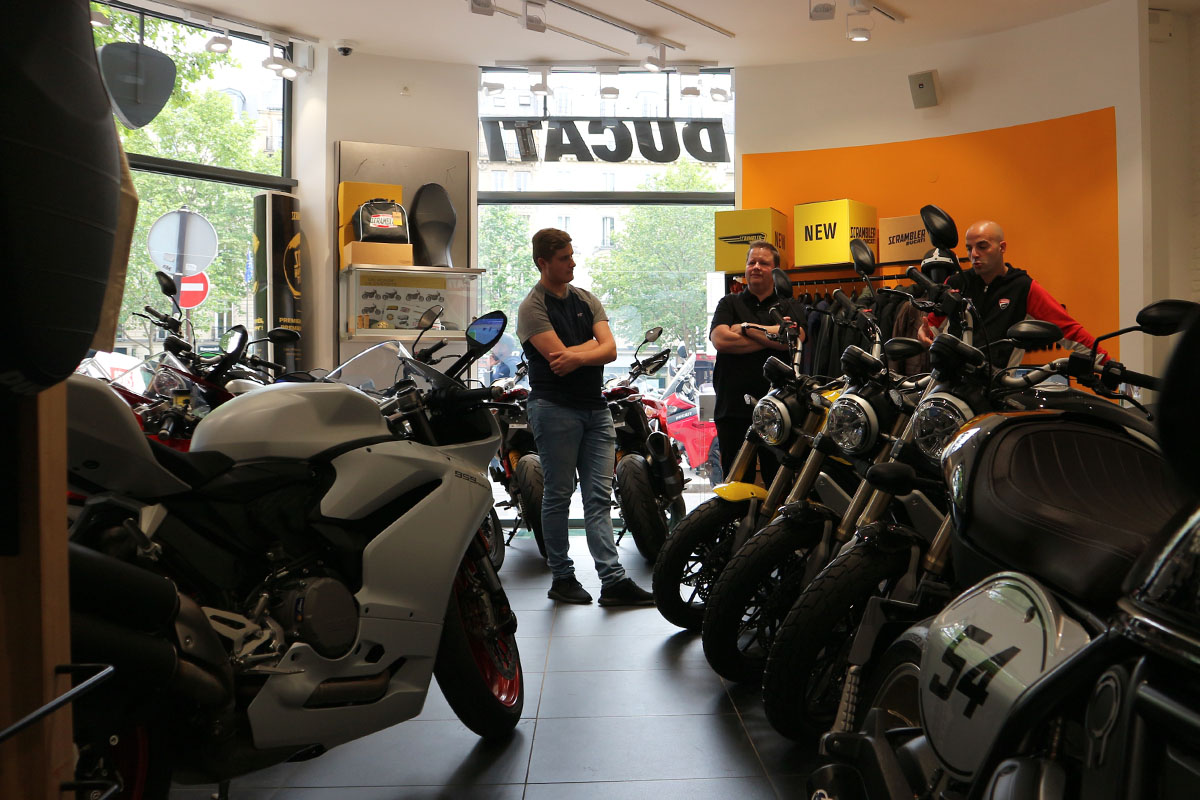 After a brief conversation, I had the opportunity to look around the premises for a while. It was very impressive what a variety of beautiful, expensive motorcycles I caught on two levels in front of the lens. The space was pretty tight, as each meter must be used very well on one of the most expensive places in the world. But from a premium brand such as Ducati, you have to expect that it pitches their tents on such representative location: In the centre, only a few metres from the Triumphal Arch. 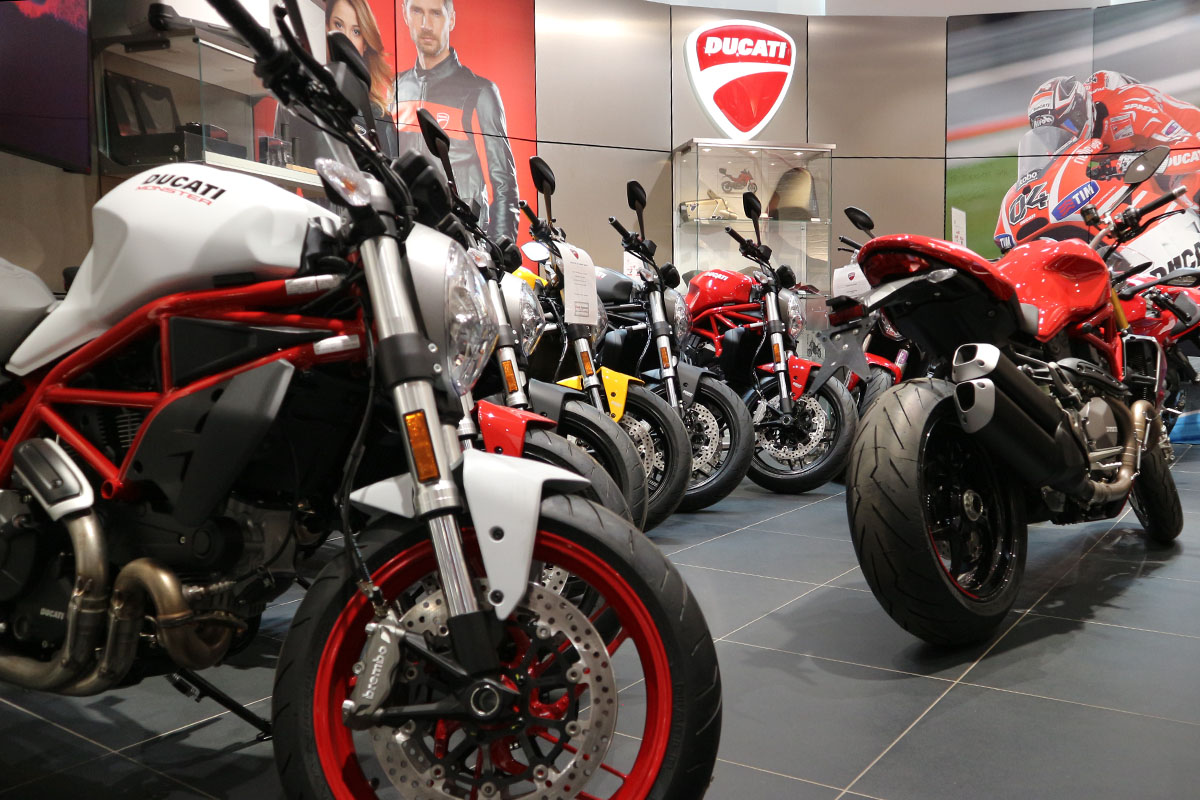 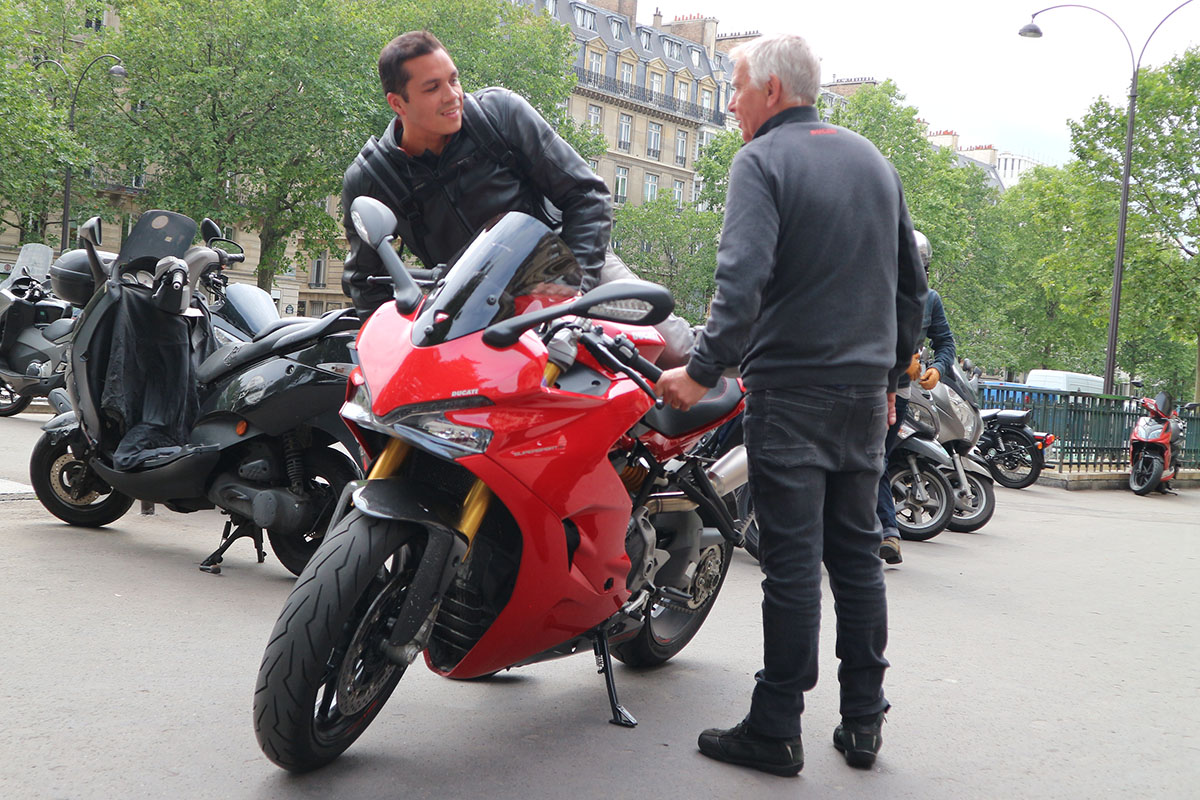 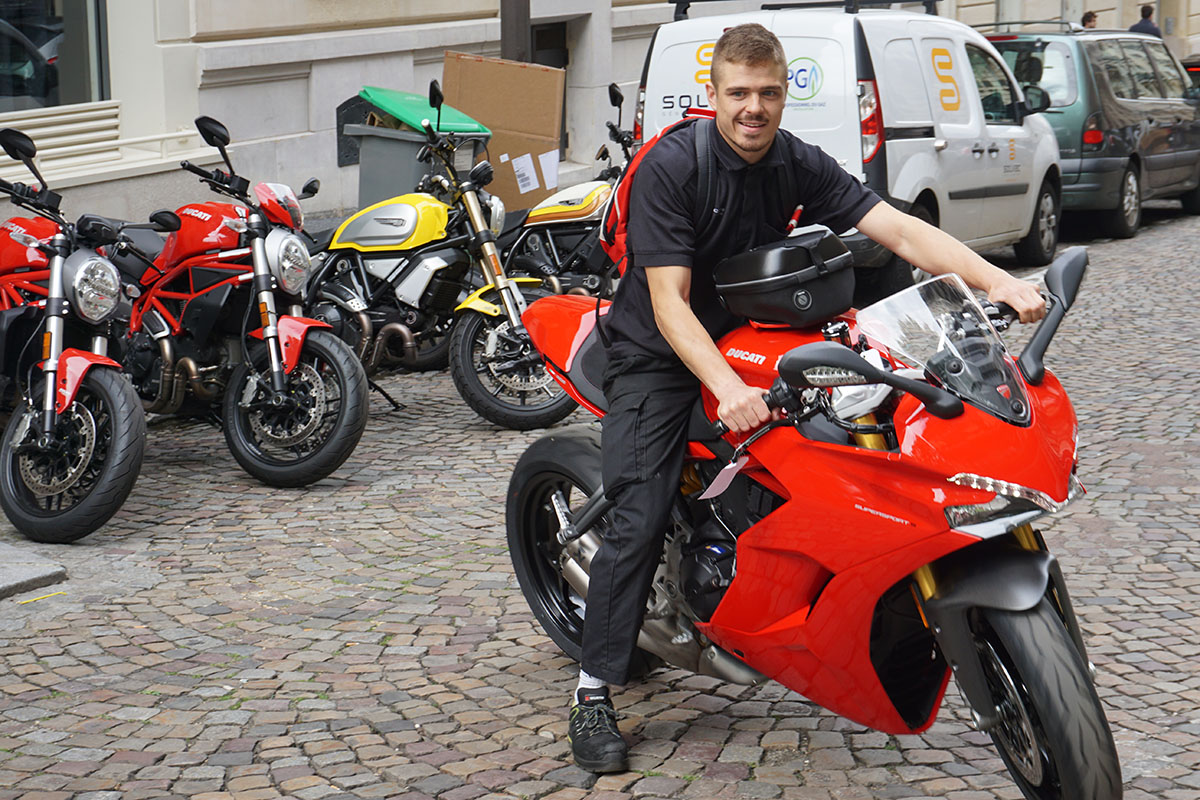 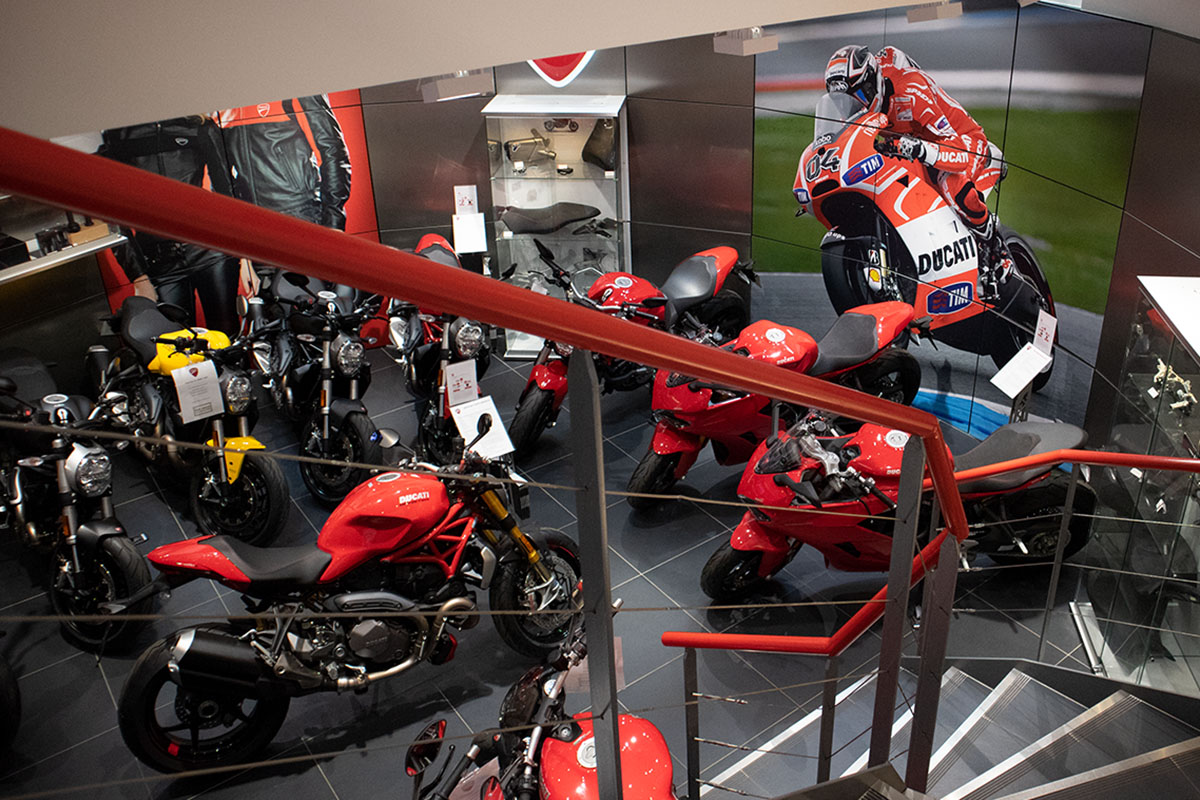 After this wonderful experience reality had caught up very quickly. I had to reach the Paris-Charles de Gaulle airport in time and about an hour away, which was no easy task during the rush hour and an additional strike of the railway. Just the labyrinth of underground passages in the subway is a real challenge for someone with little knowledge of French and unfamiliar with the Parisia tube system. 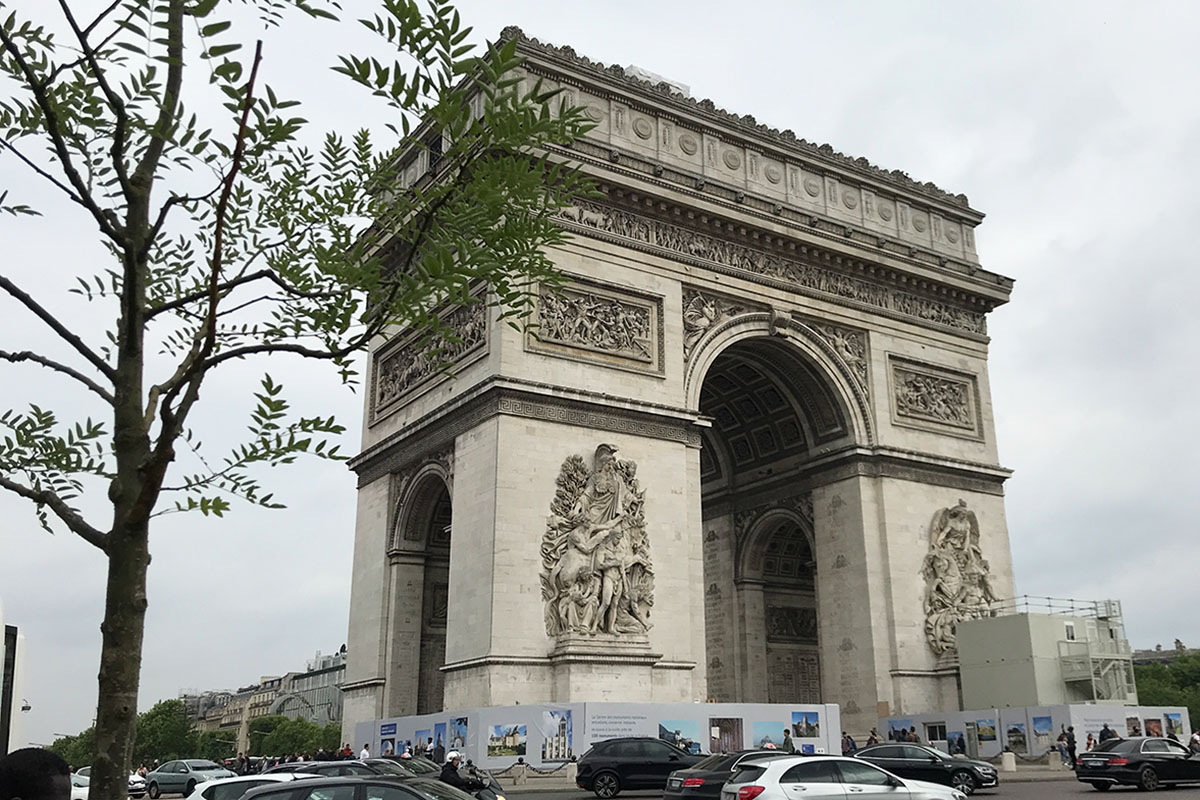 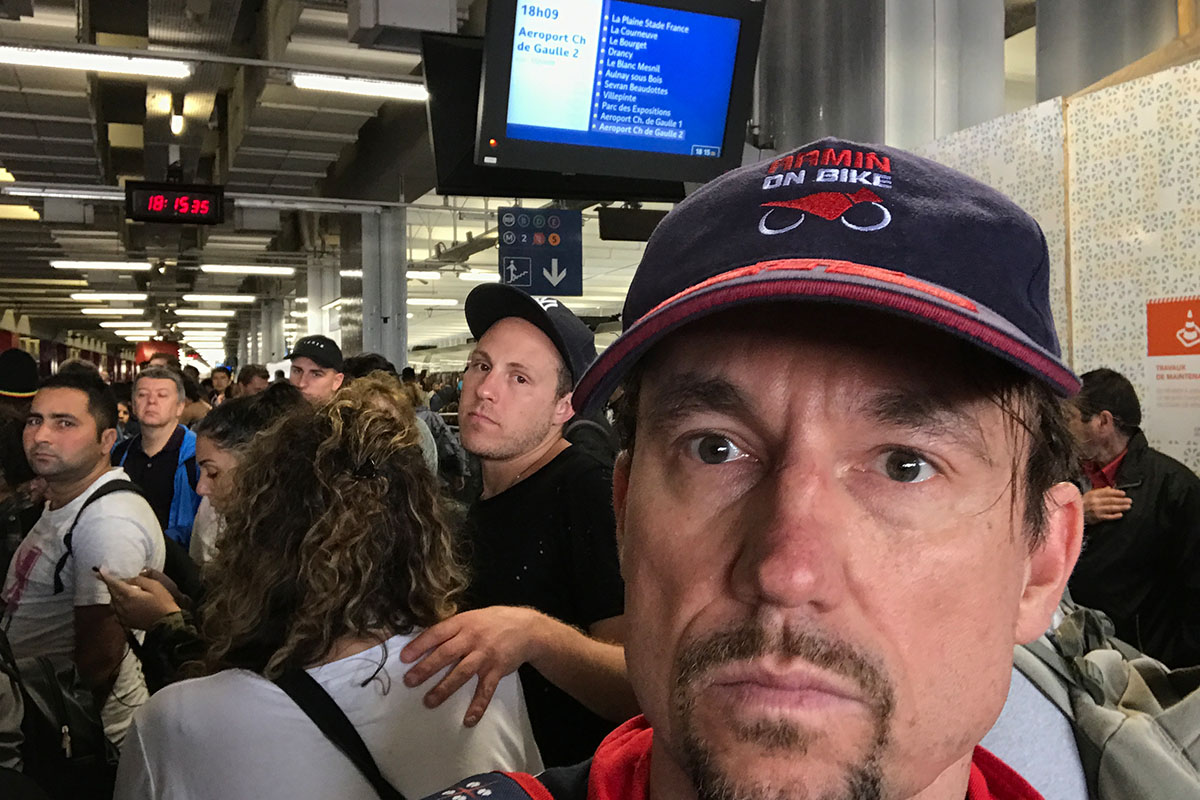 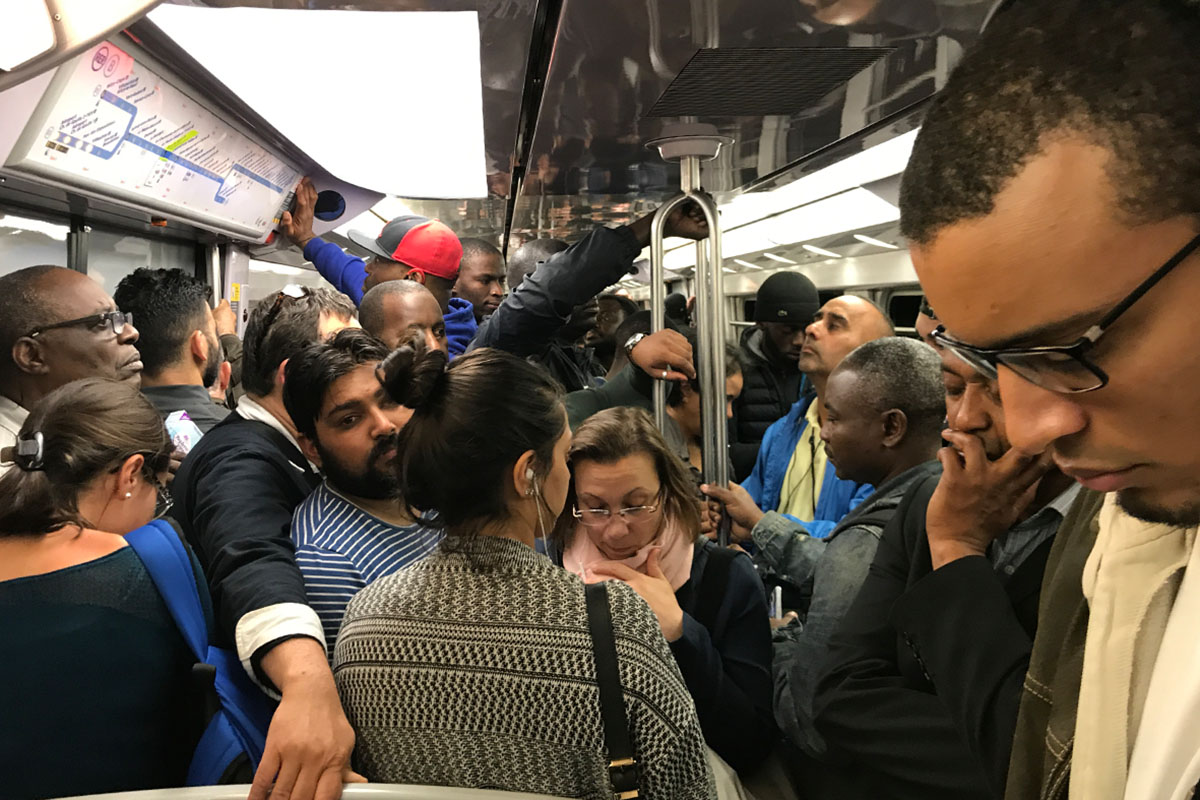 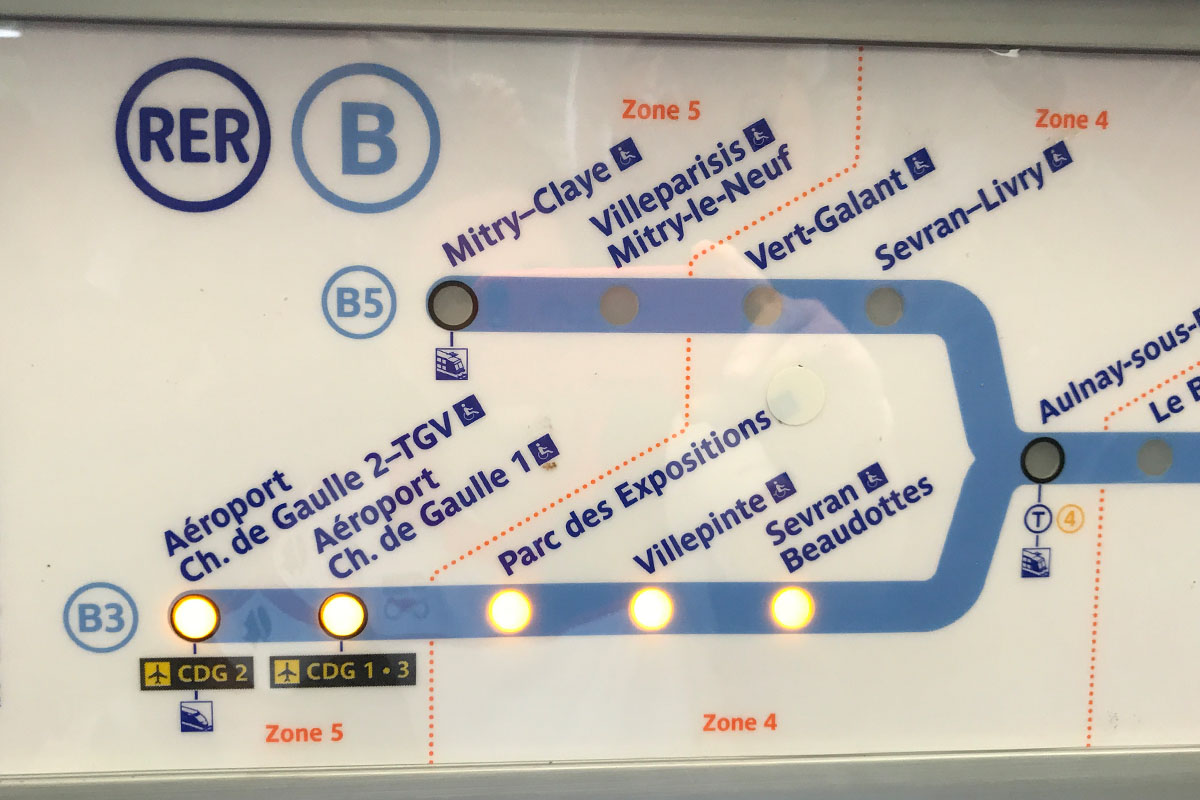 At a ticket counter I had a conversation with a young gentleman from China who was also looking for the way to the airport. Together we found this then in time. Honestly I had my doubts if we were going to make it. So it was really just this ‘One Night in Paris ´ <gg>, which certainly was not my last one in this fascinating metropolis.