ARMIN ON BIKE Adventure Trips, In the City, Spain No Comments
13. March 2018 ARMIN ON BIKE 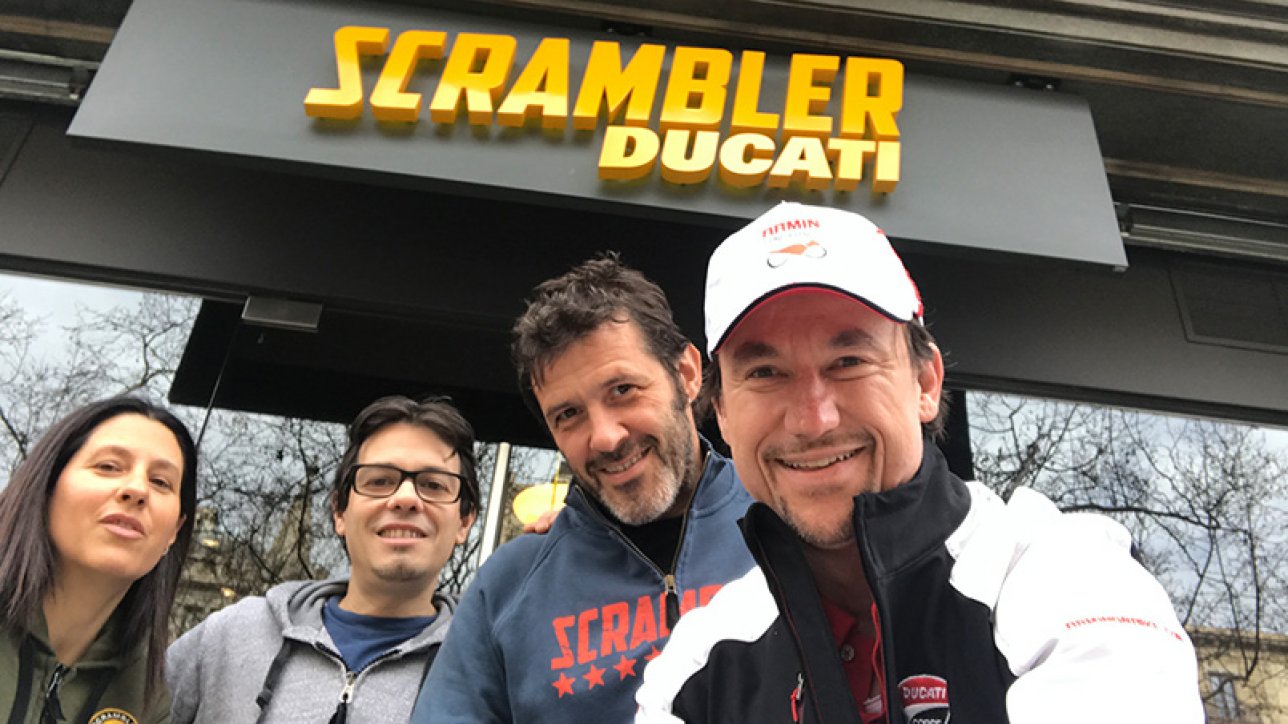 Barcelona | Spain – When I looked closer at the e-ticket for my flight to Sardinia last week, I noticed having four and a half hours of time to spend in Barcelona. After some research, it was clear that the first Ducati Scrambler Camp in Europe outside Italy had to be visited…

Right now I’m sitting in the MEM | Mediateca del Mediterraneo, a library in Cagliari and would like to tell you about yesterdays, very impressive and utterly pleasant experience. After a two and hours flight with Eurowings from Vienna to Barcelona, and taking the bus (route A2) offered by Aerobús BCN just before nine a.m., I was on my way downtown. Despite the heavy morning traffic the bus ride only lasted 20 minutes from the airport. 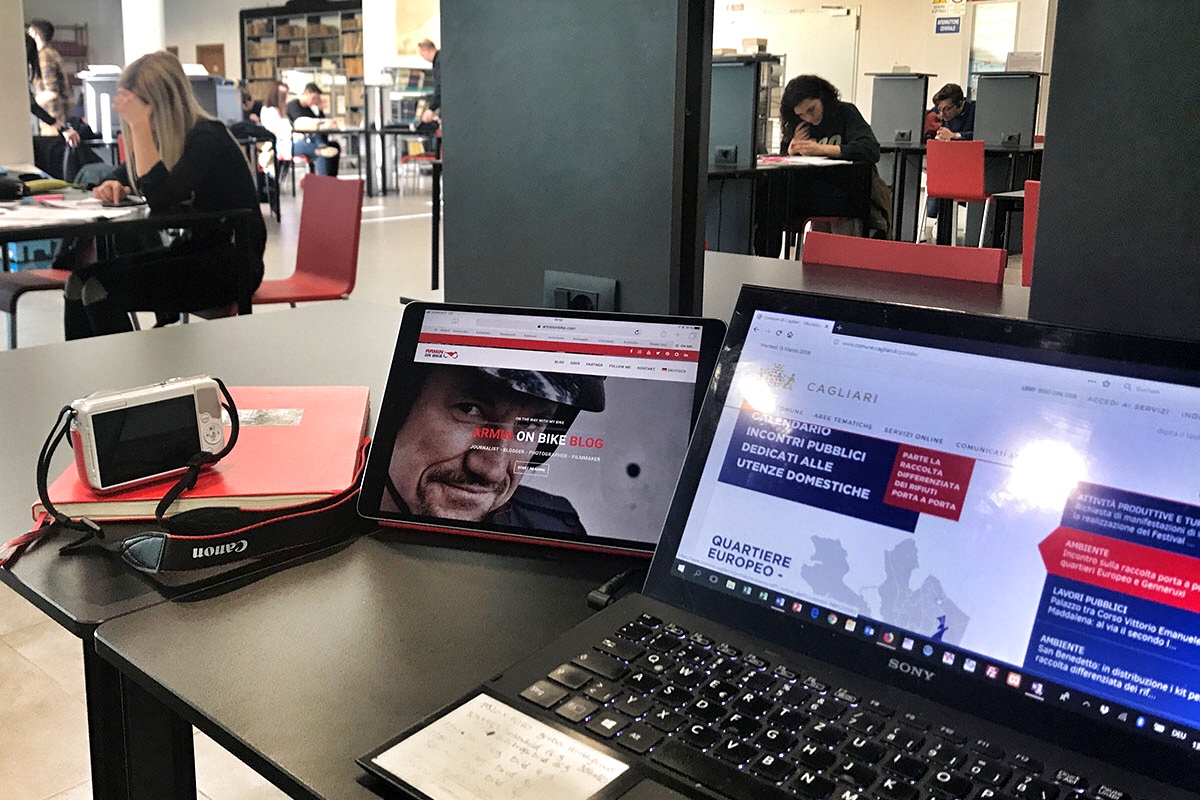 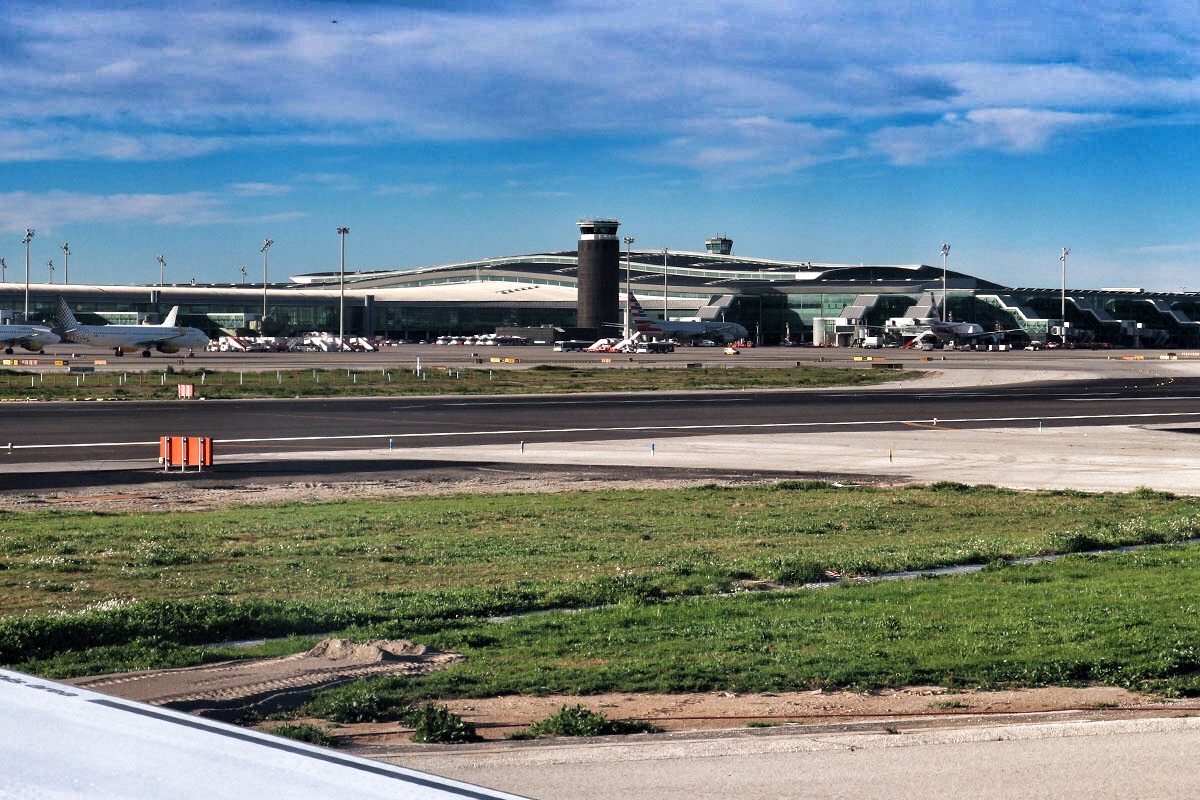 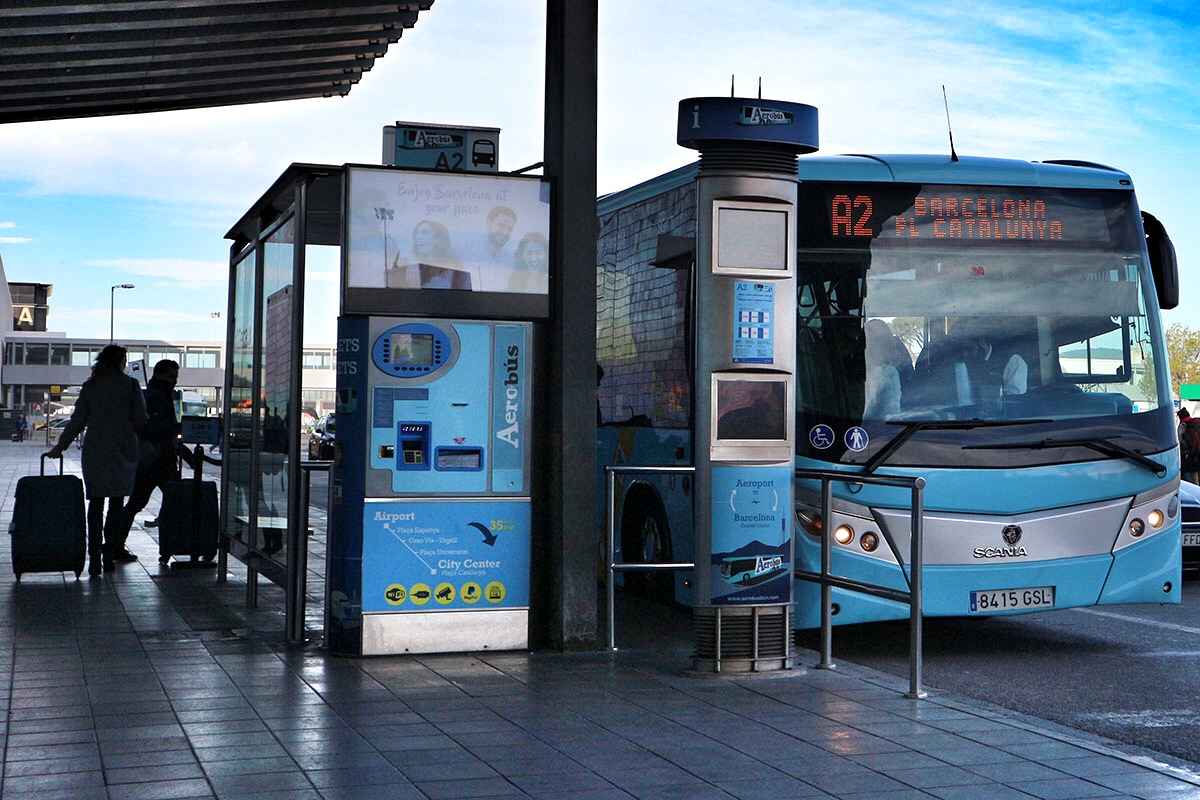 My destination was the Gran Via de les Corts Catalanes number 568, where this year on February 15th the Scrambler Camp Barcelona opened it’s doors, as the first one of his kind in Europe outside Italy. The first four Scrambler Camps welcome you in Bologna, Padua, Shanghai and Melbourne. From the station Gran Via-Urgell it was only a footwalk of five minutes, but only theoretically, as with my first visit in Barcelona the architecture left some huge impressions on me, so that I had to take some photos for you. 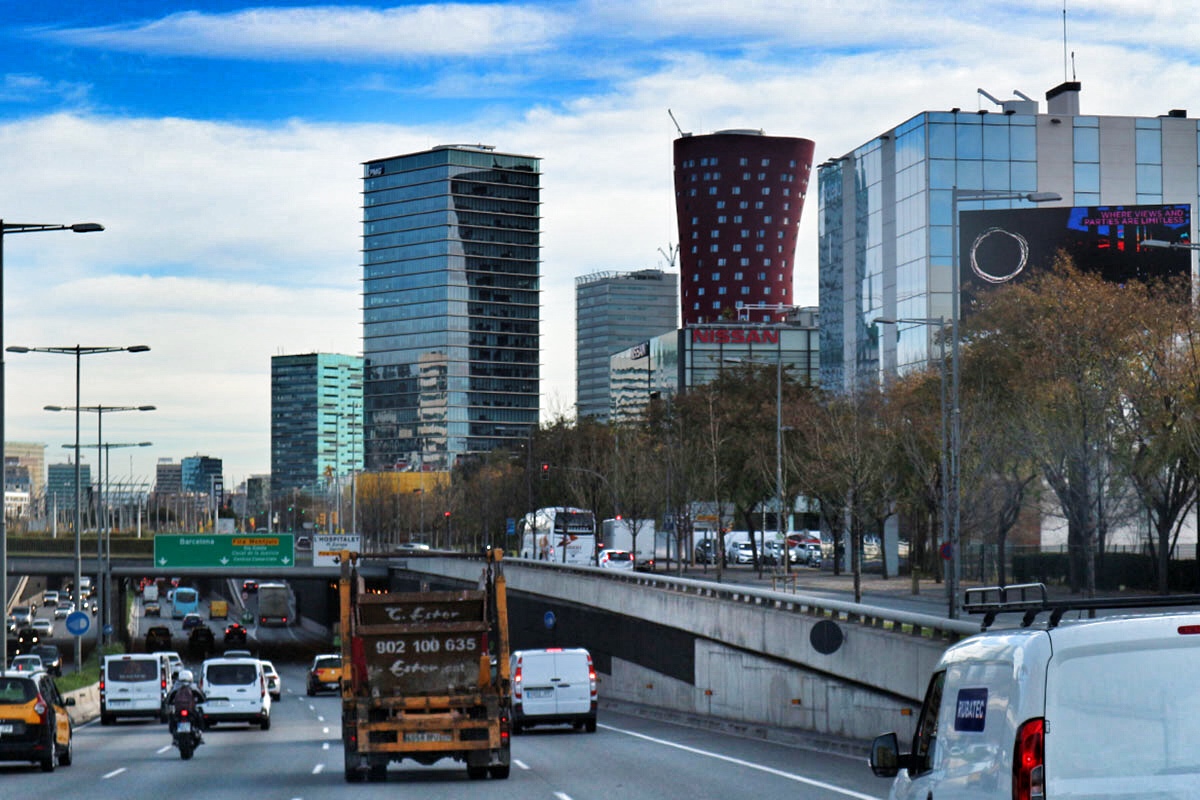 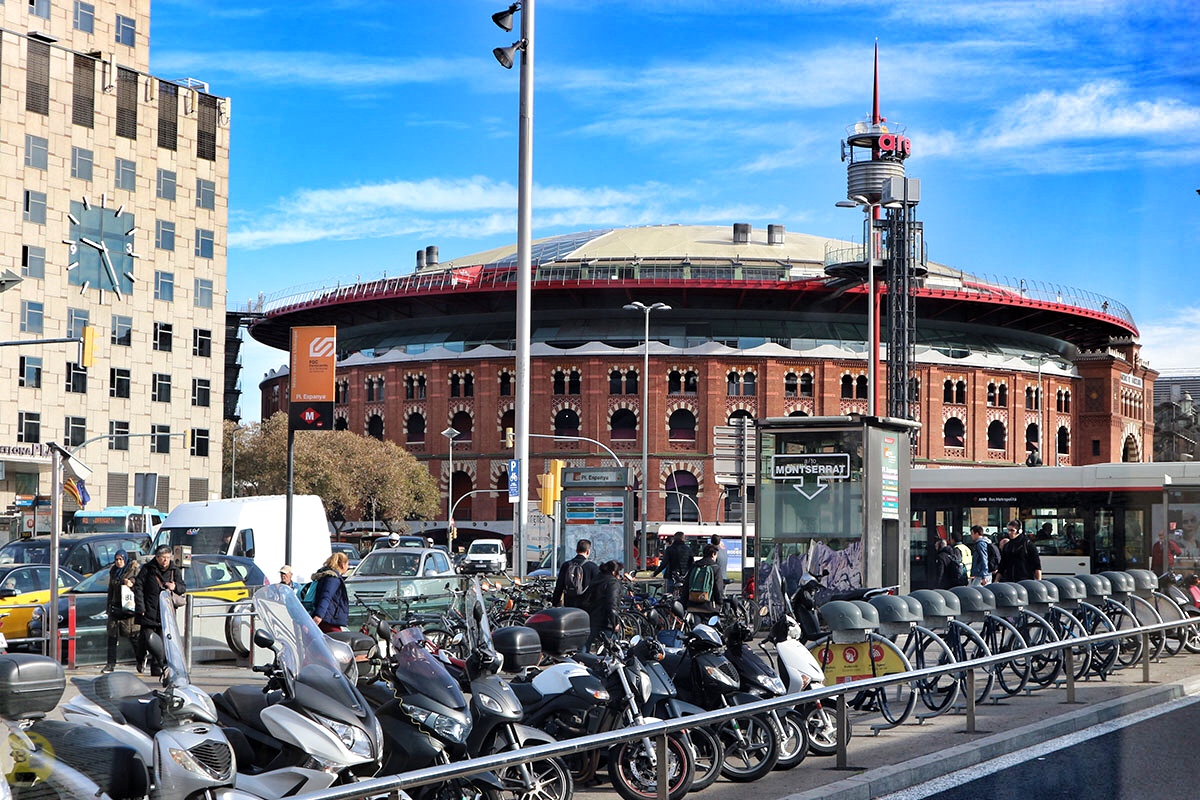 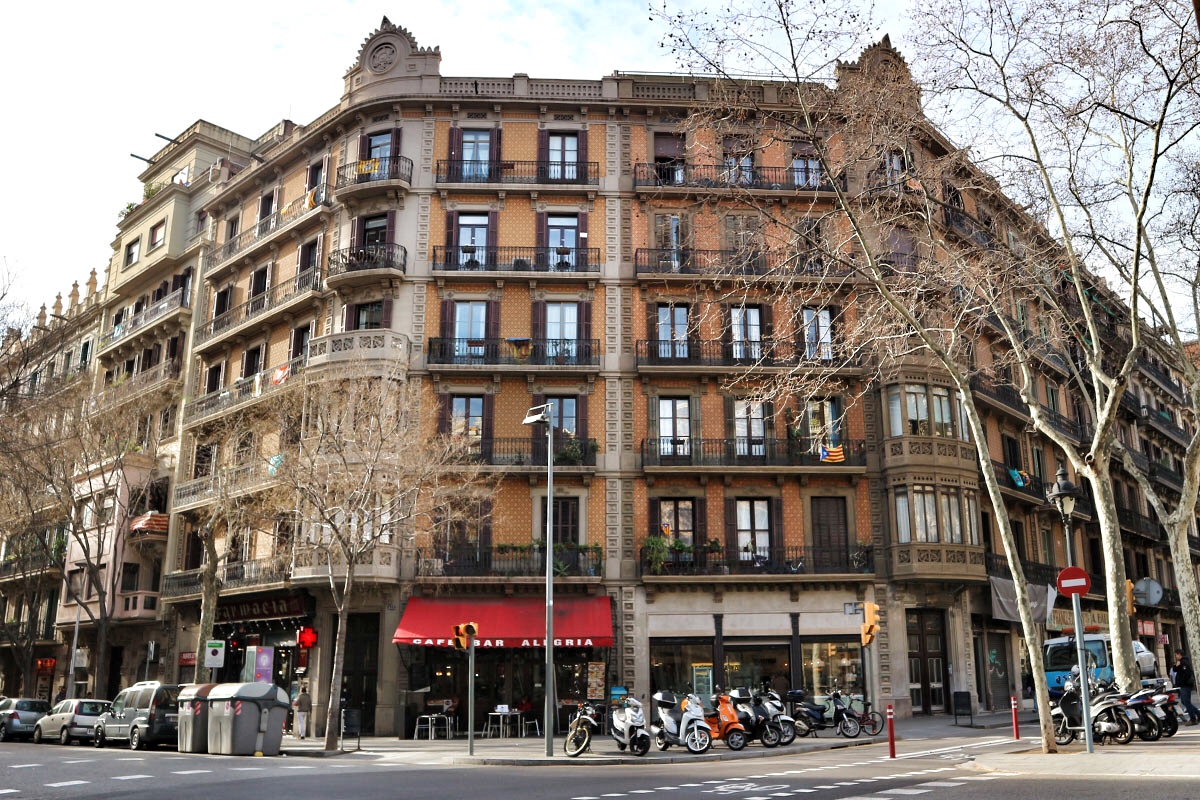 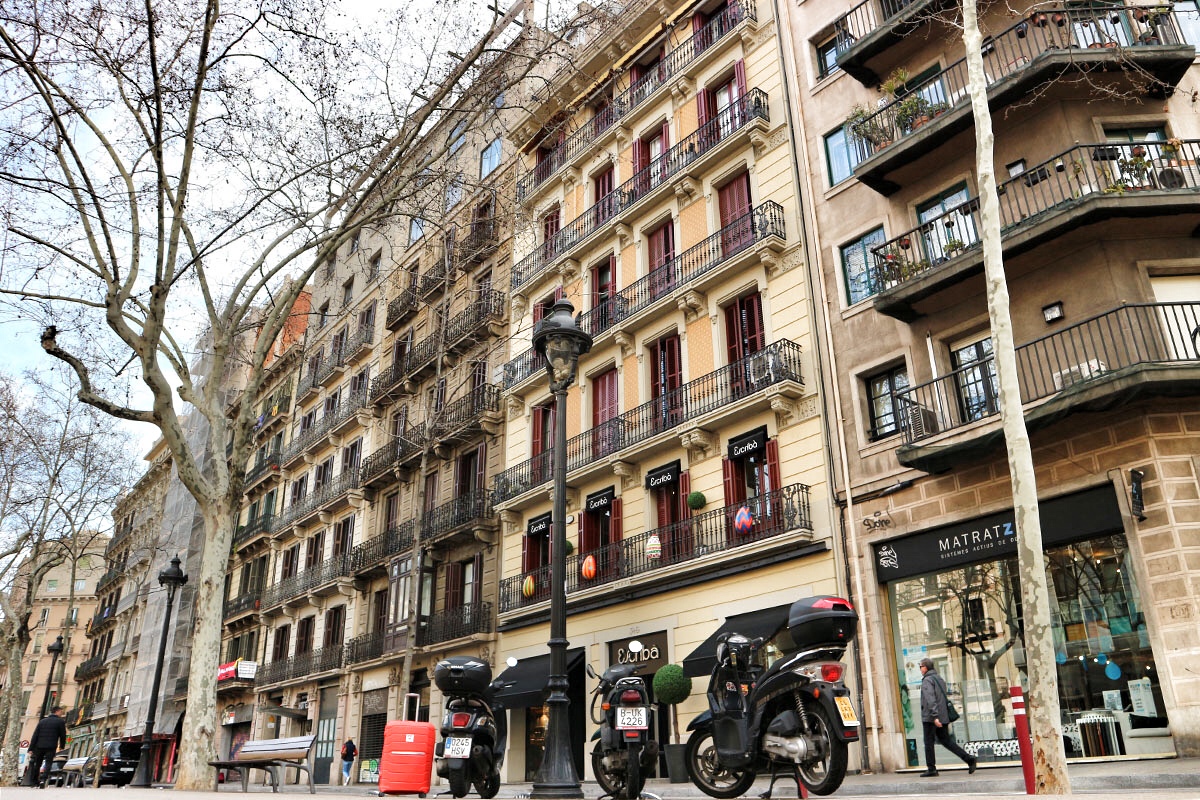 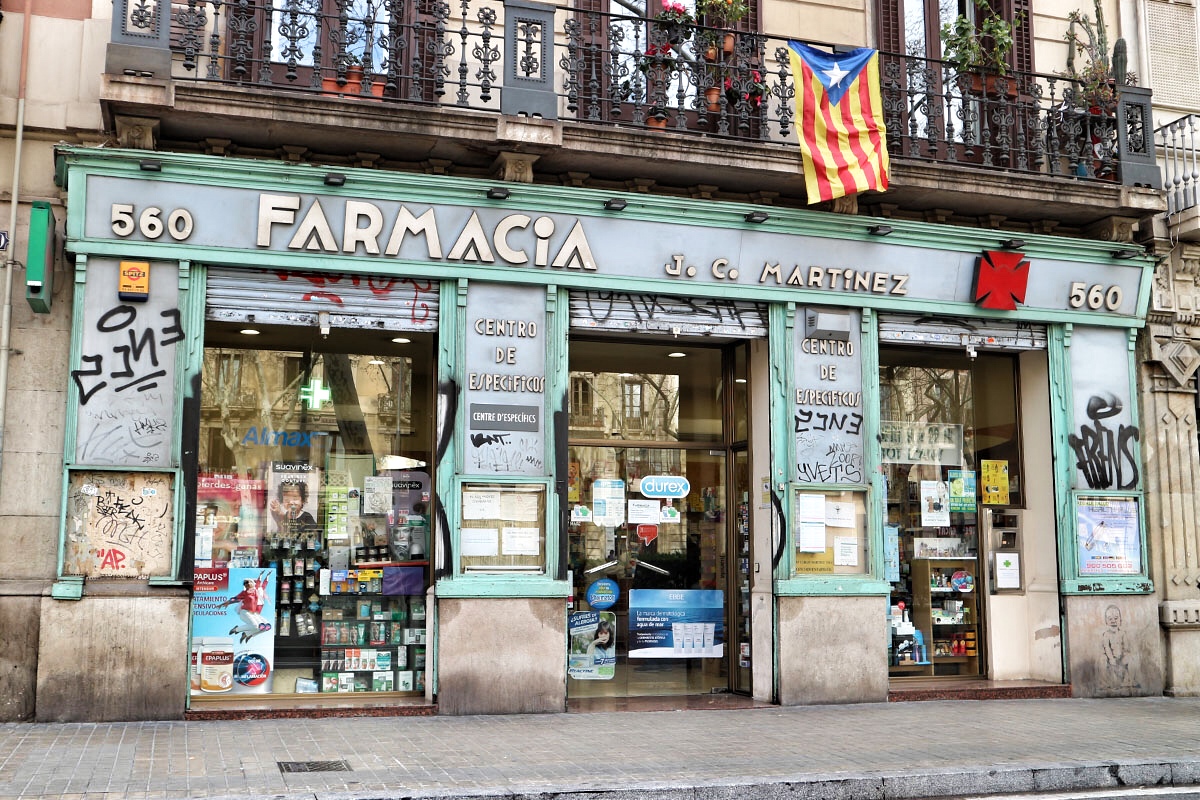 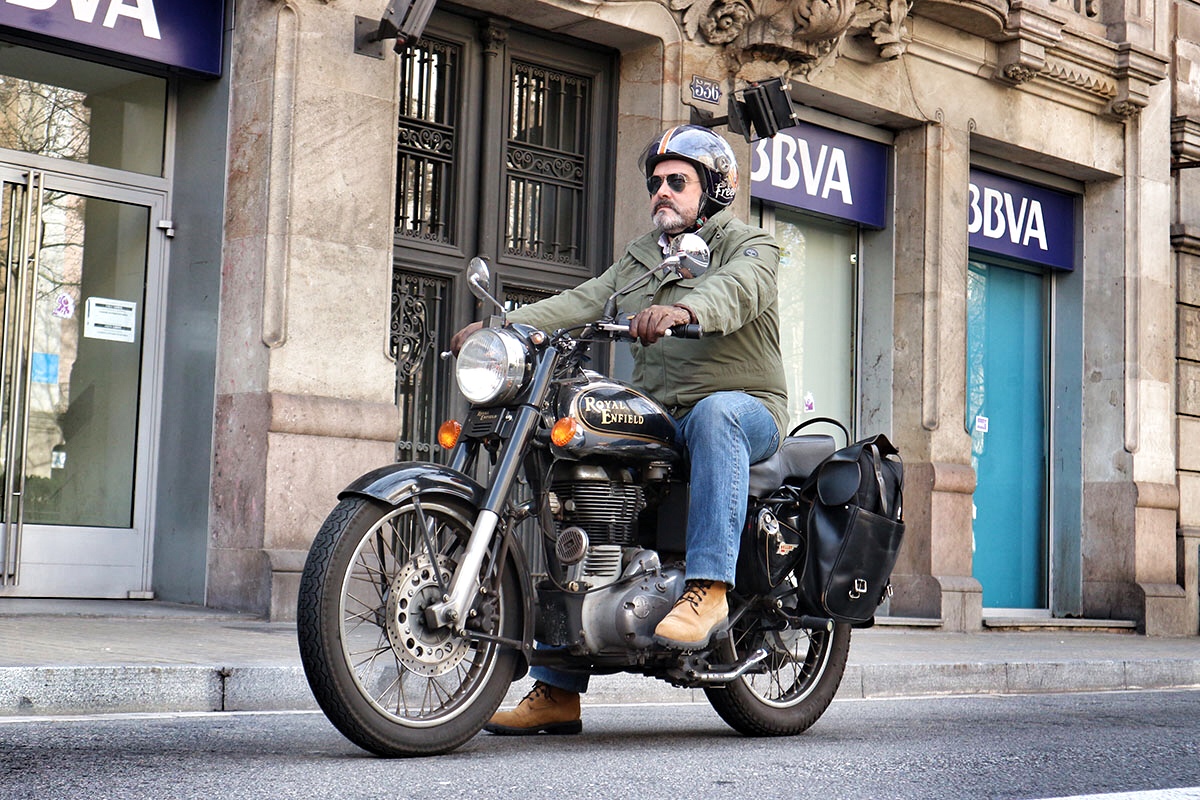 Scrambler Camps are specialty shop for motorcycles carrying only the Scrambler Ducati brand. Besides bikes in many different models, you can find accessories of all kind to personalize your own model even further. In addition, the product range consists of luggage solutions, stylish but functional to bikes fitting clothes, helmets and accessories, often realized in cooperation with known brands from the particular areas.

Talking with Floreal `Lico´ Pérez, the store owner of the  Scrambler Camp Barcelona, his sister Mireia Pérez and her husband Marc Sosona, I found out some interesting details. Lico and Mireira descended from the owner family of Ducati Barcelona, led by their father Floreal Pérez. So far you could purchase bikes from Scrambler Ducati only in Barcelona. With the new exclusive Store, Lico is looking forward selling 120 Scrambler Ducati this year, compared to 2017 with roughly 75. 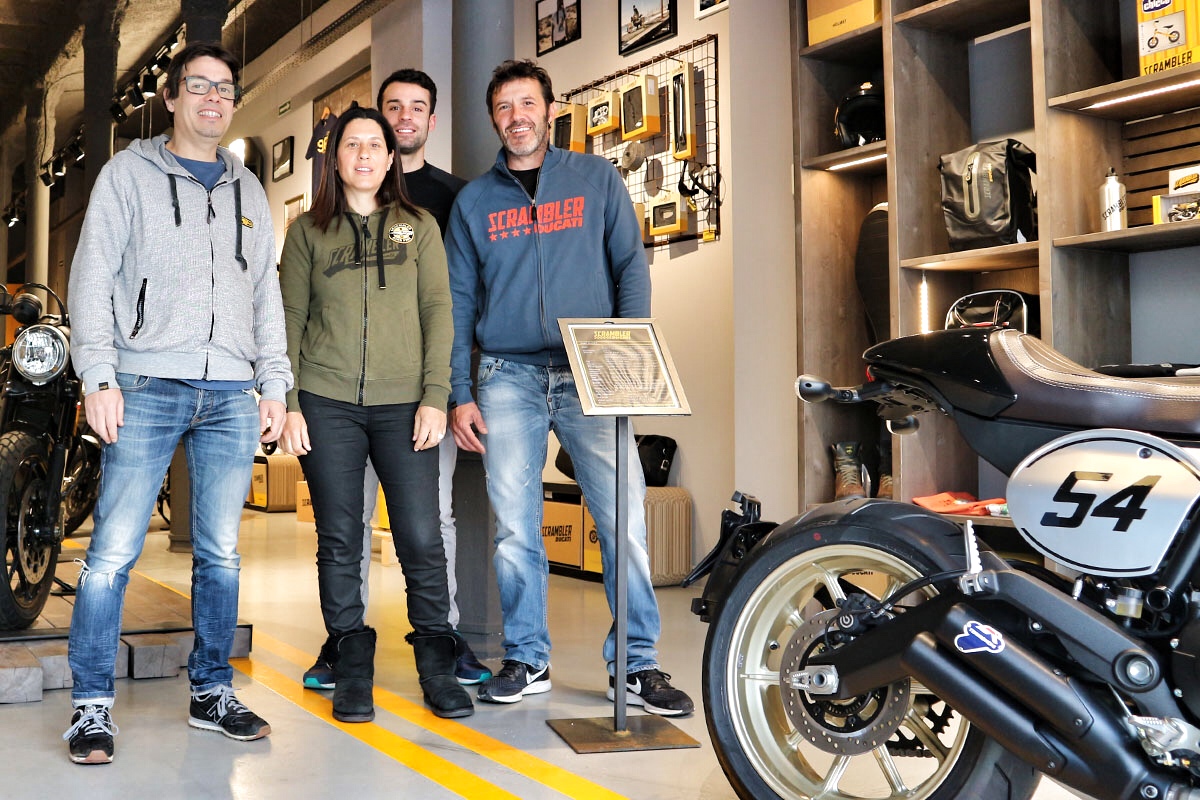 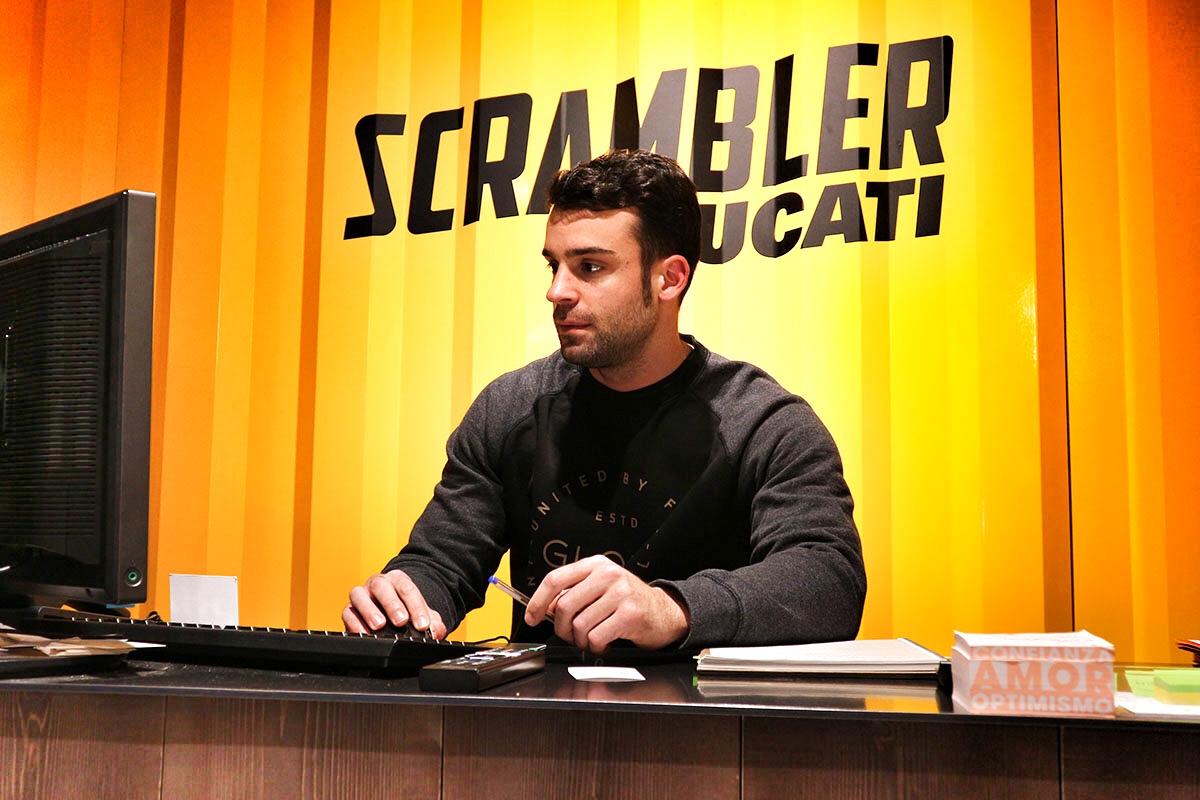 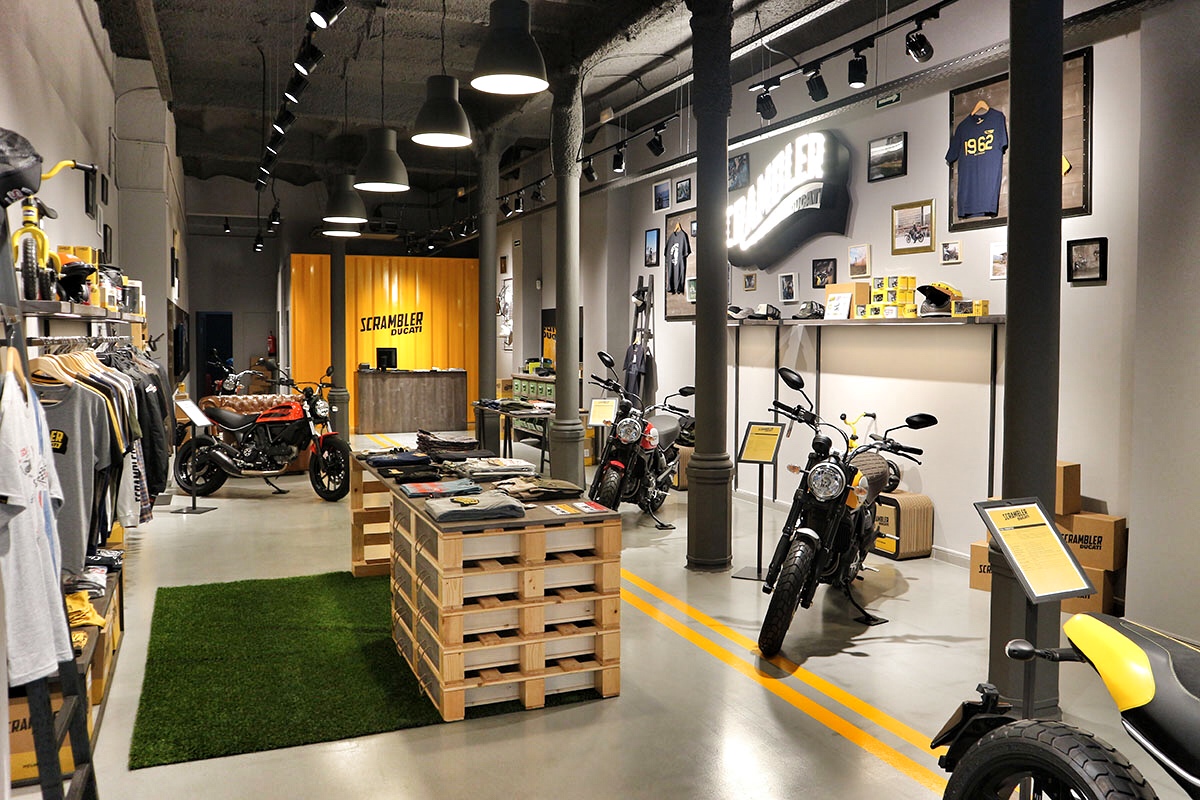 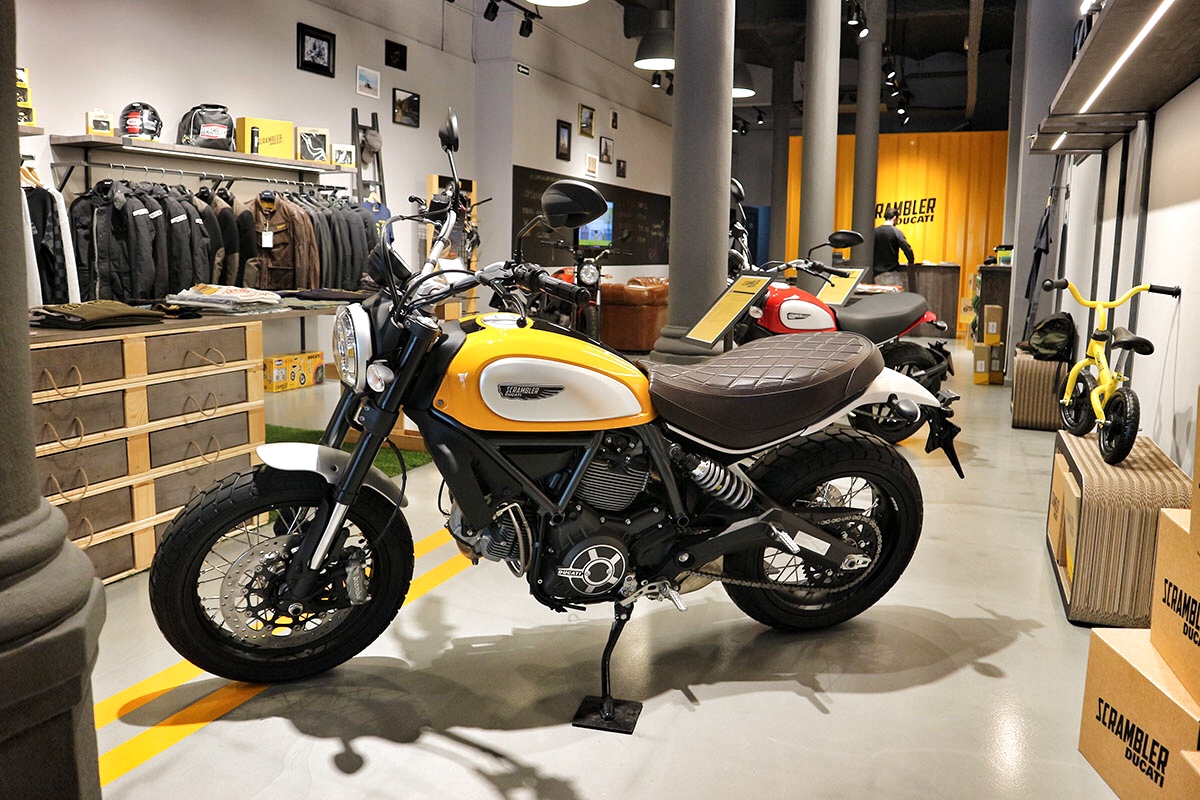 The Pérez family is involved in motorcycle business for 65 years now. Already in 1980, with the founding of Ducati Barcelona, the cooperation with Ducati Spain has commenced. As very important at the new site, junior manager Lico also mentioned the motorcycle rental service. At the moment there are four different models of the Scrambler Ducati, as well as the same amount of Ducati, to borrow for one day or longer. Furthermore, they offer guided tours with supplied bikes in the gorgeous surrounding of Barcelona. They can last from half a day to several days. 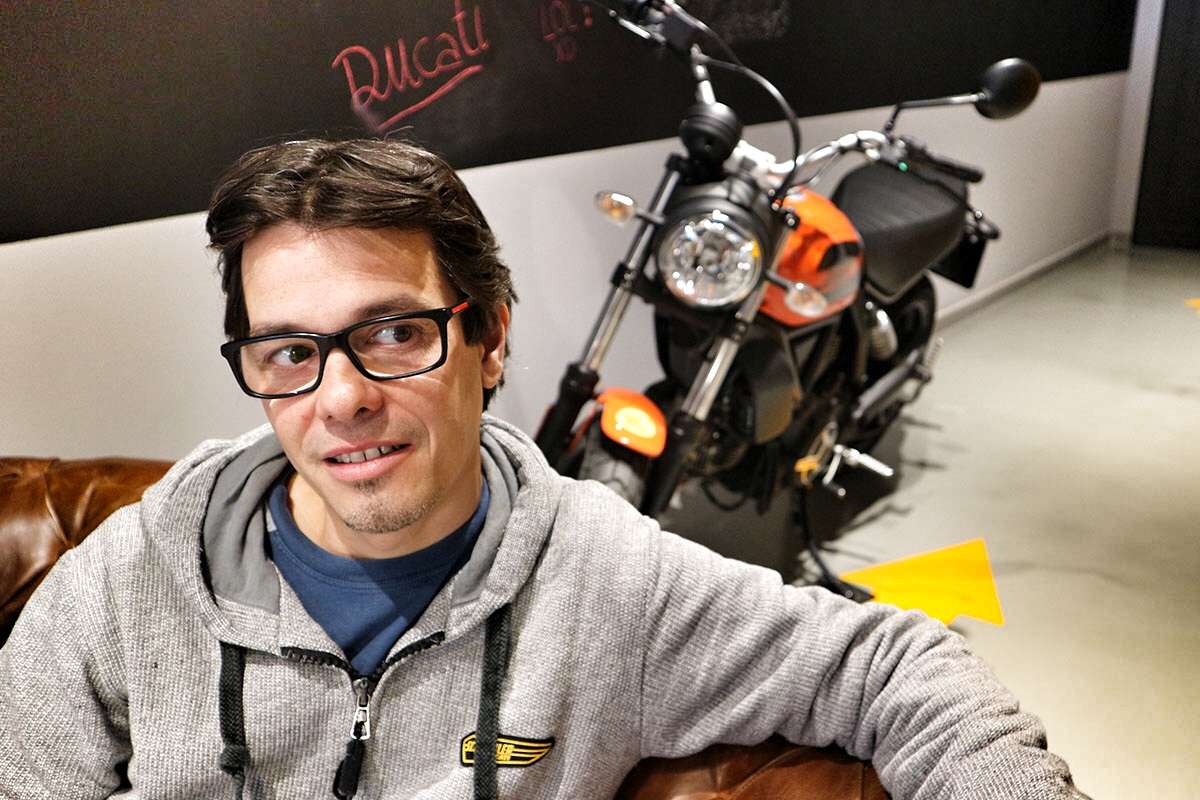 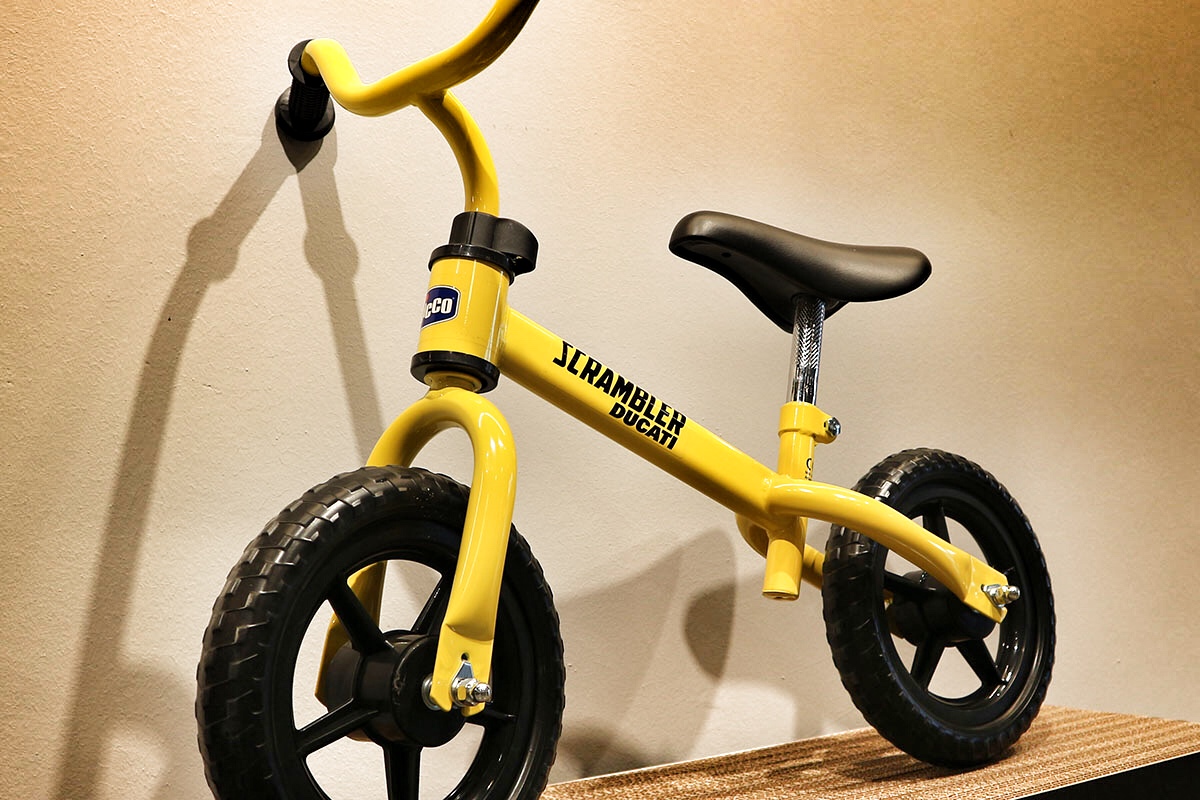 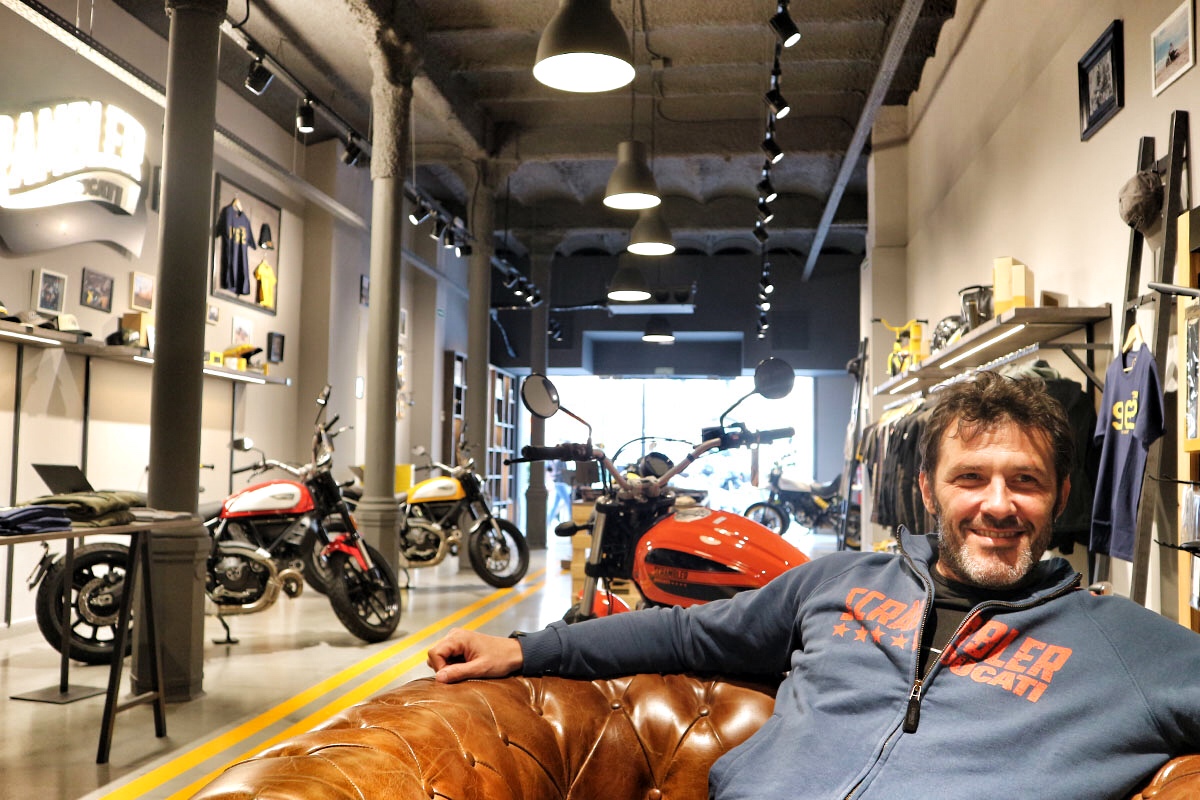 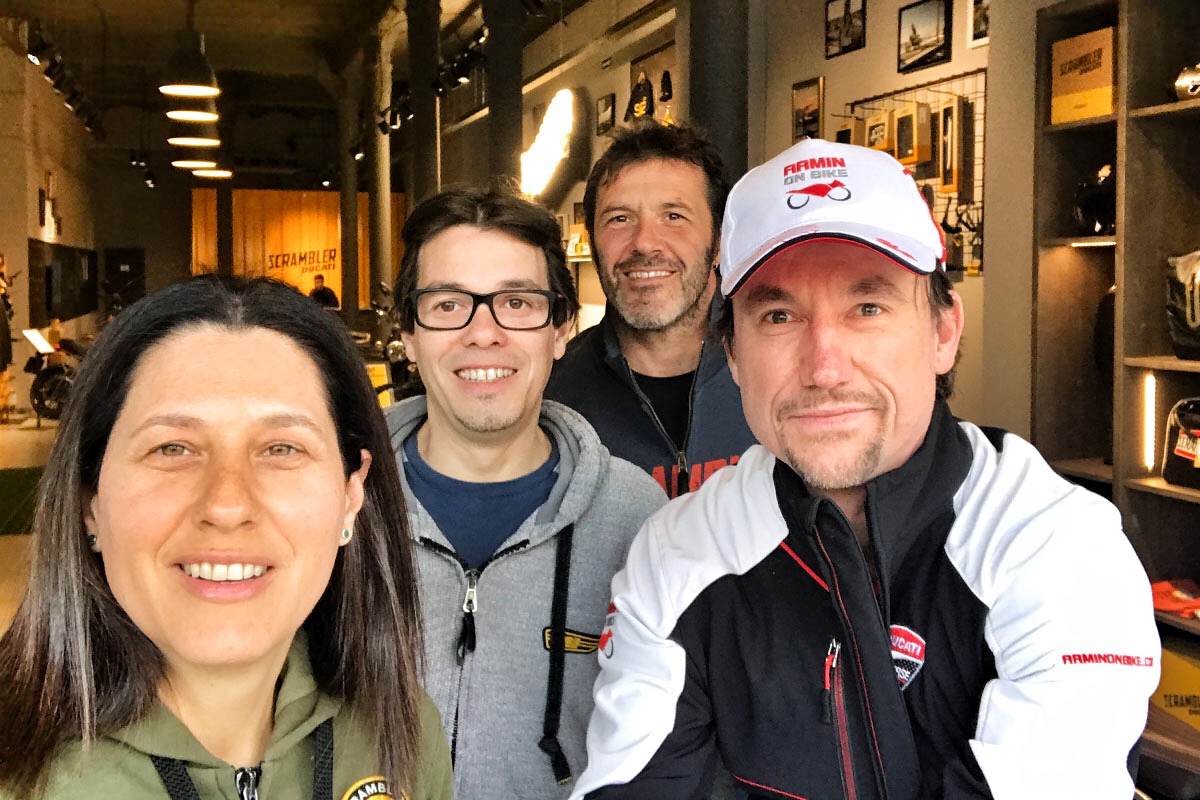 Lico is very satisfied with the brand of the Scrambler Ducati, the lifestyle and all of which surrounding it. However, he still hopes that after a month of opening, to raise awareness in the near future for the Scrambler Camp Barcelona and for the brand itself, together with Ducati Spain with enhanced measures. It was very pleasant and interesting exchanging with the three gentlemen; thanks again to Lico, Mireia and Marc for the friendly welcome. It was a wonderful experience for me. 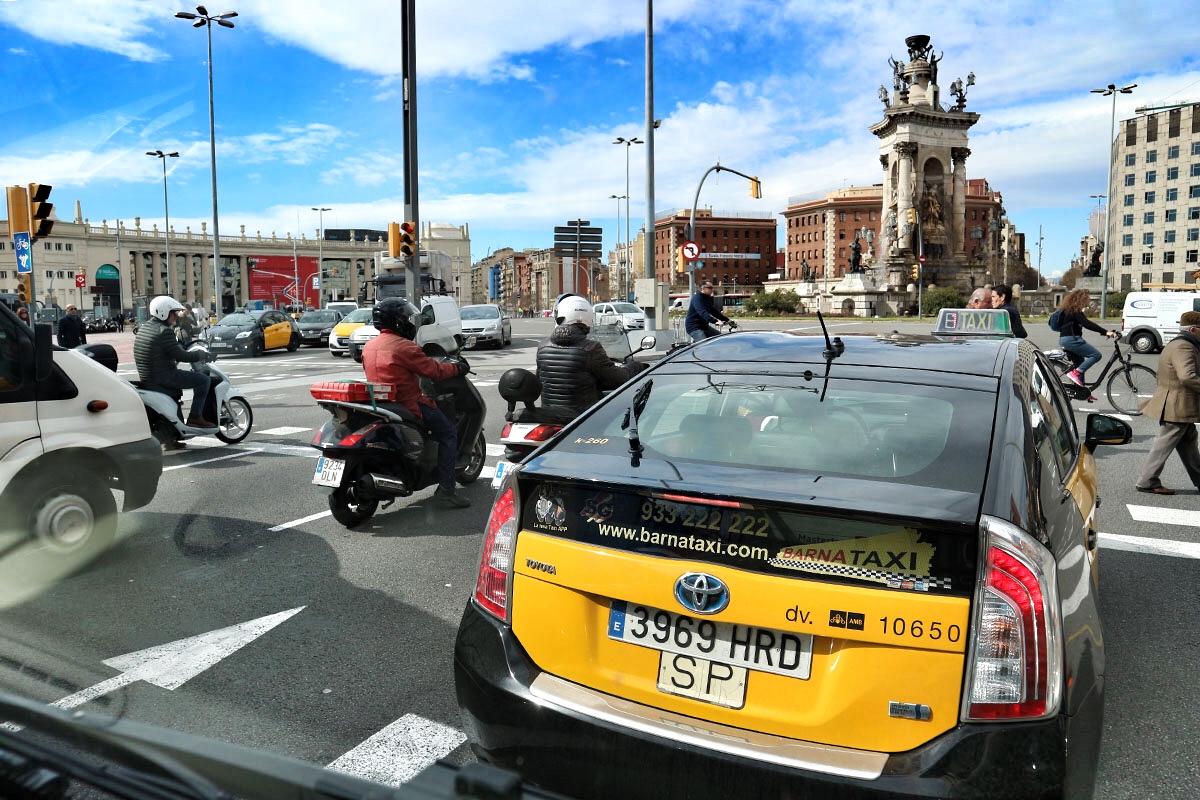 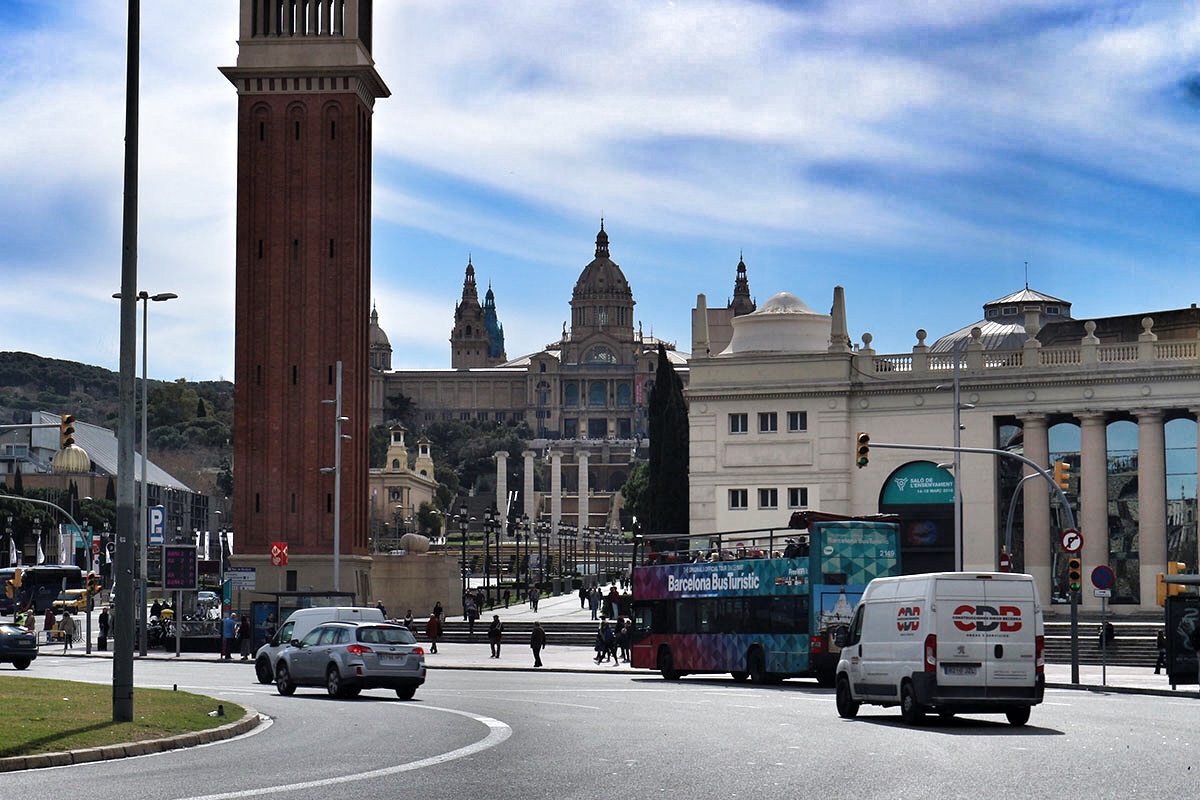 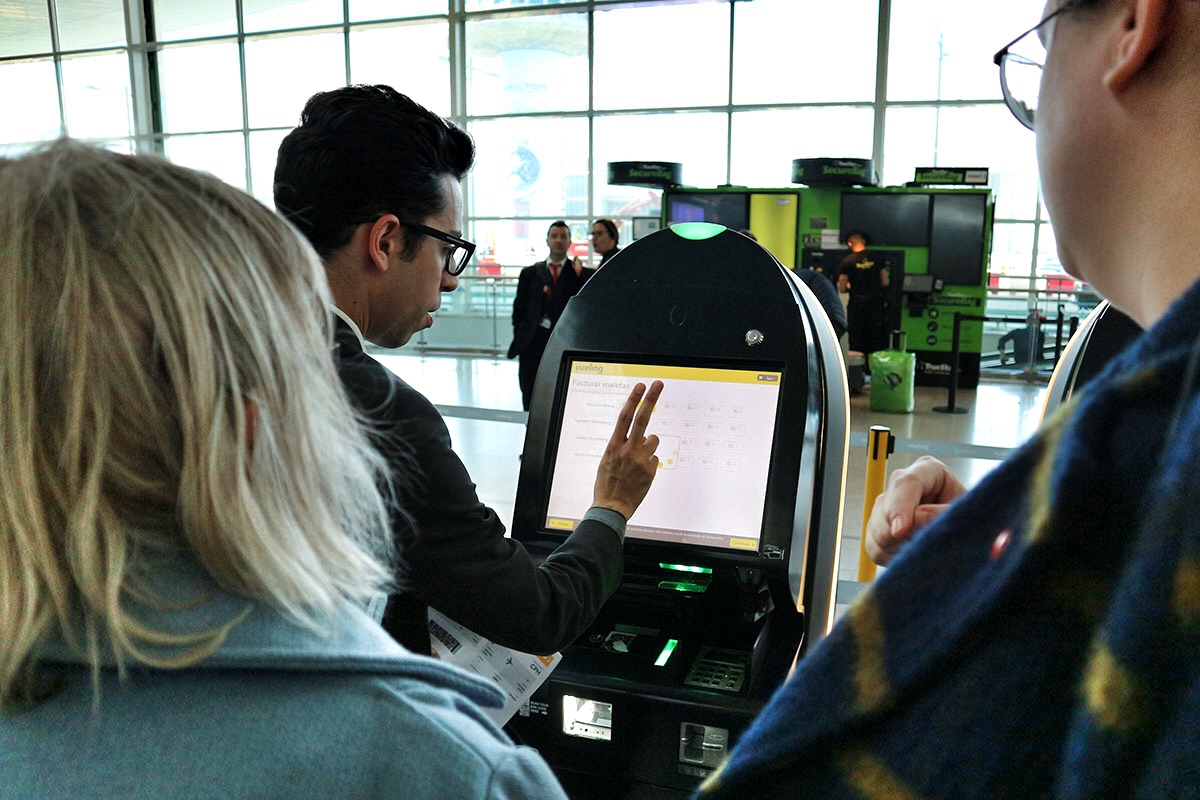 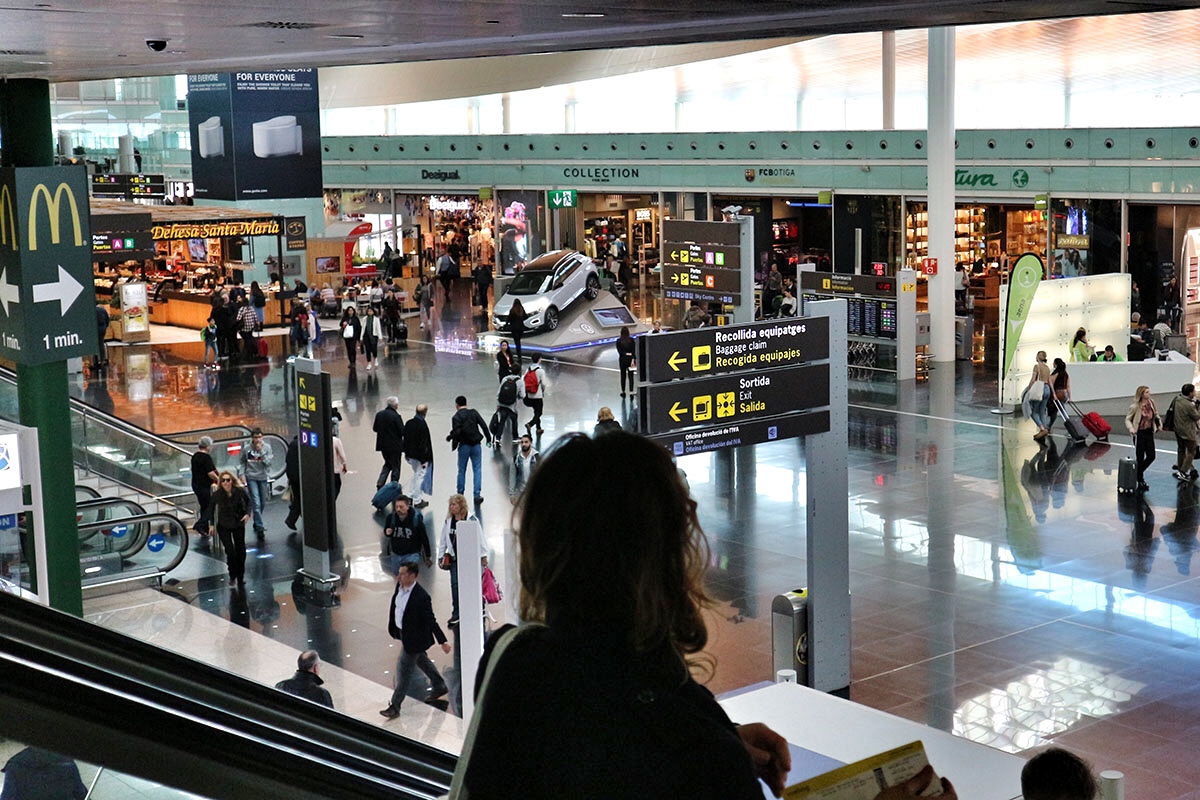 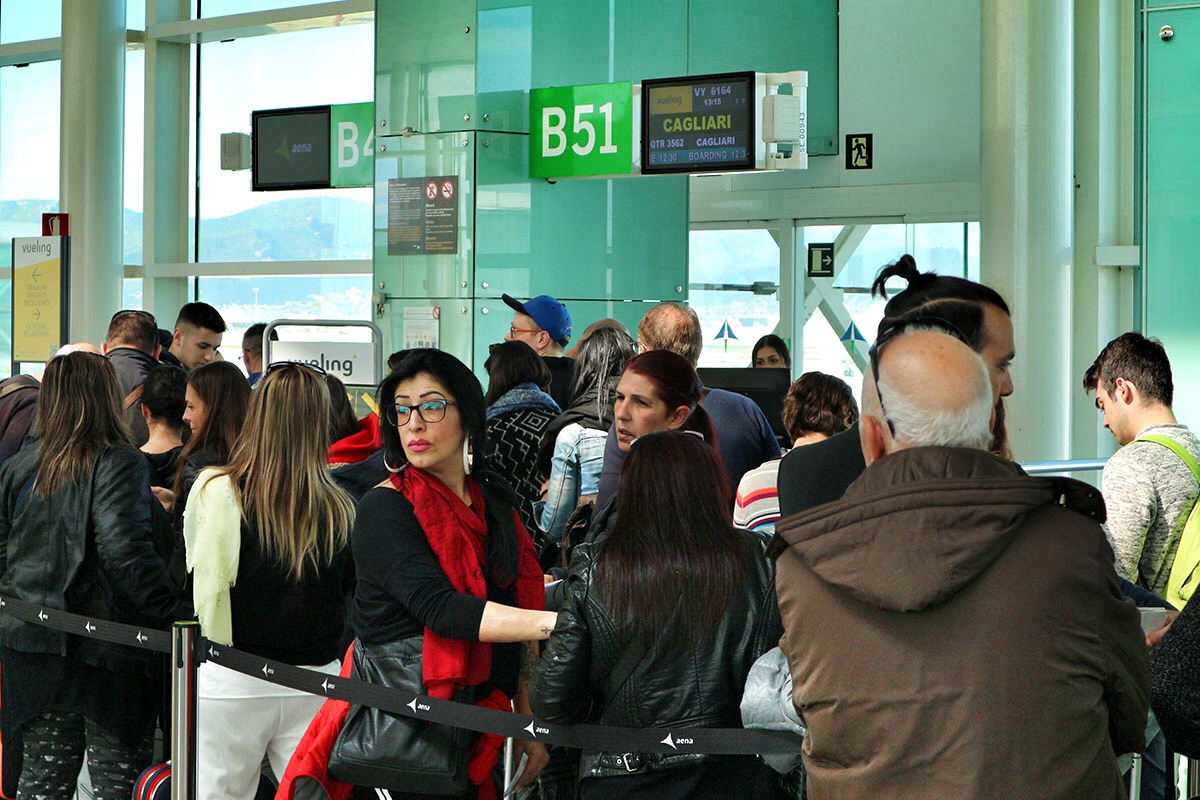 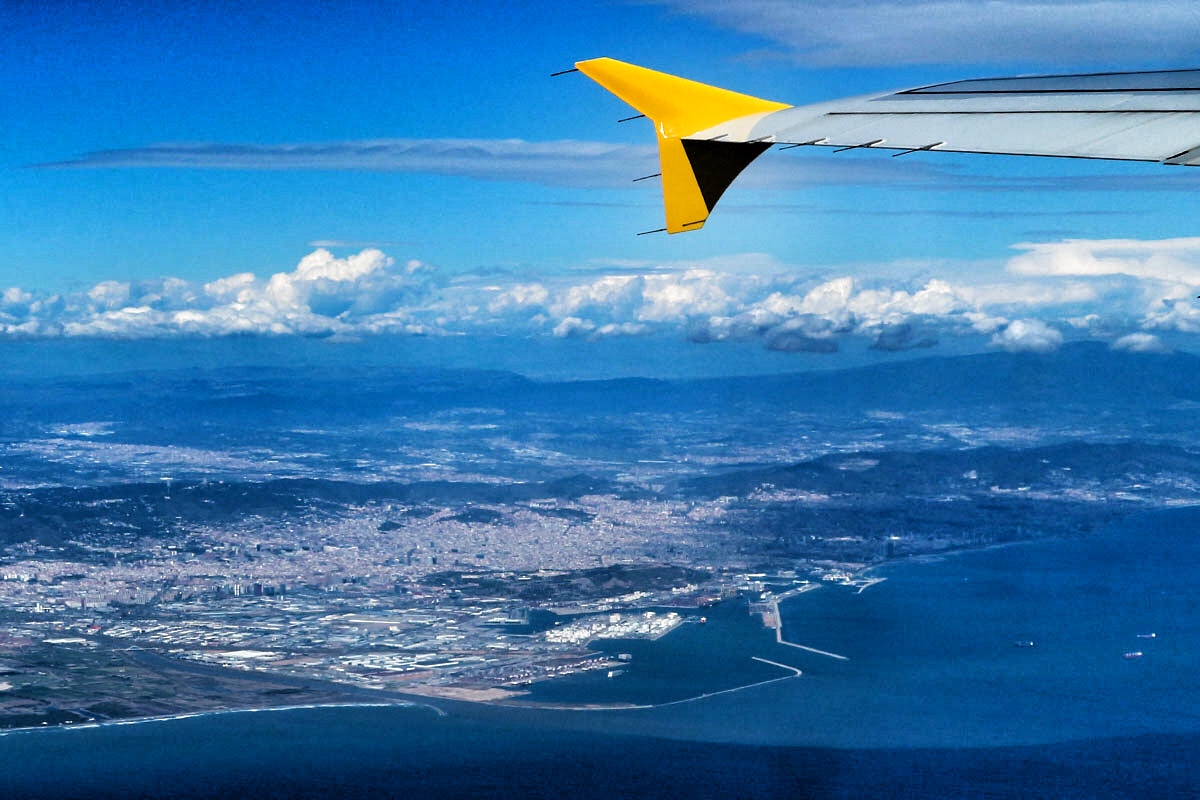 After I had a look around the shop in Barcelona, I already had to take the bus back, this time the route A1, to be on time for my connecting flight with Vueling to Cagliari, the capital of Sardinia. From what I saw in Barcelona in the short time got me really impressed and will definitely make me come back again. But next time also to explore the city and the surrounding with the Scrambler Ducati or my big love the Ducati Monster. So long!