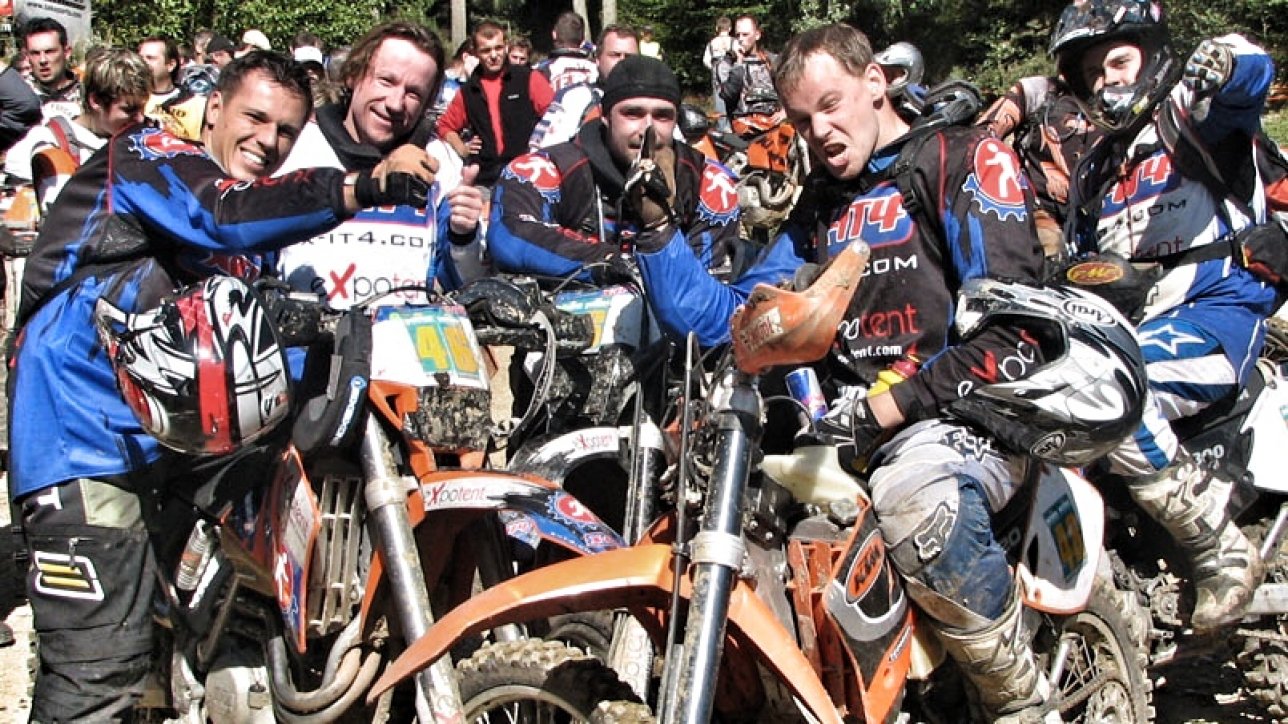 Kirchschlag | Bucklige Welt | Lower Austria – Almost 2 months ago, following the suggestion of my dear friend Sigi, I ventured to do it again after a 10- year break from off-road: 1000PS Enduro trial day at MSC Kirchschlag. Nearly every renowned manufacturer was represented – Beta, GasGas, Honda, Husqvarna, KTM, Sherco, Yamaha MX and Enduros. At the trials I was especially fond of the two-stroker …

It was almost exactly 10 years ago that I ended my active enduro career with ACC – Austrian Cross Country Championship in September 2007 in Mattighofen. At age 39, I was rather a late starter amongst all the youngsters. To me, and that´s already well before I became a journalist, it has always been most important to be right in the middle of the action instead of just being there. The Olympic idea was in the foreground, to have as much fun as possible and to go beyond my limit at the same time. Quite unlike 10 years before, in my mountain bike time in the MTB Racing Team McDonald’s OÖ (Upper Austria), it wasn´t about rankings and results any more. It was rather about withstanding the two really hard hours at the ACC. 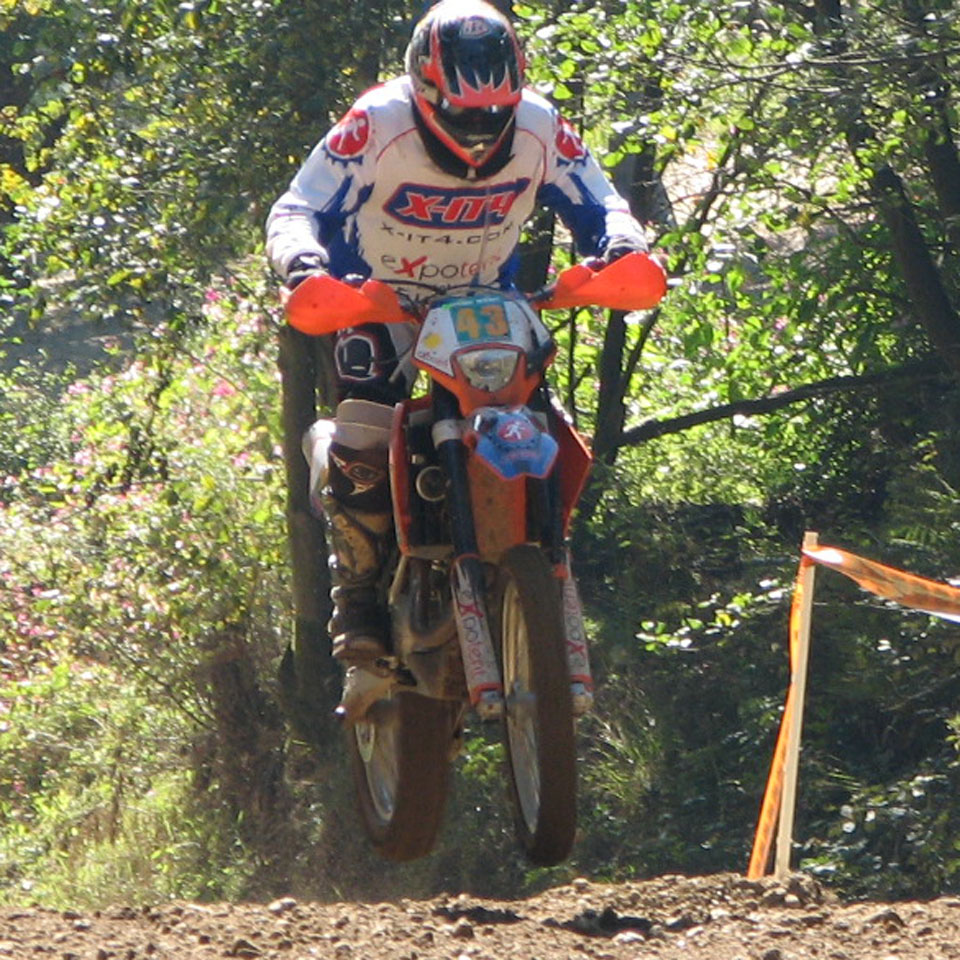 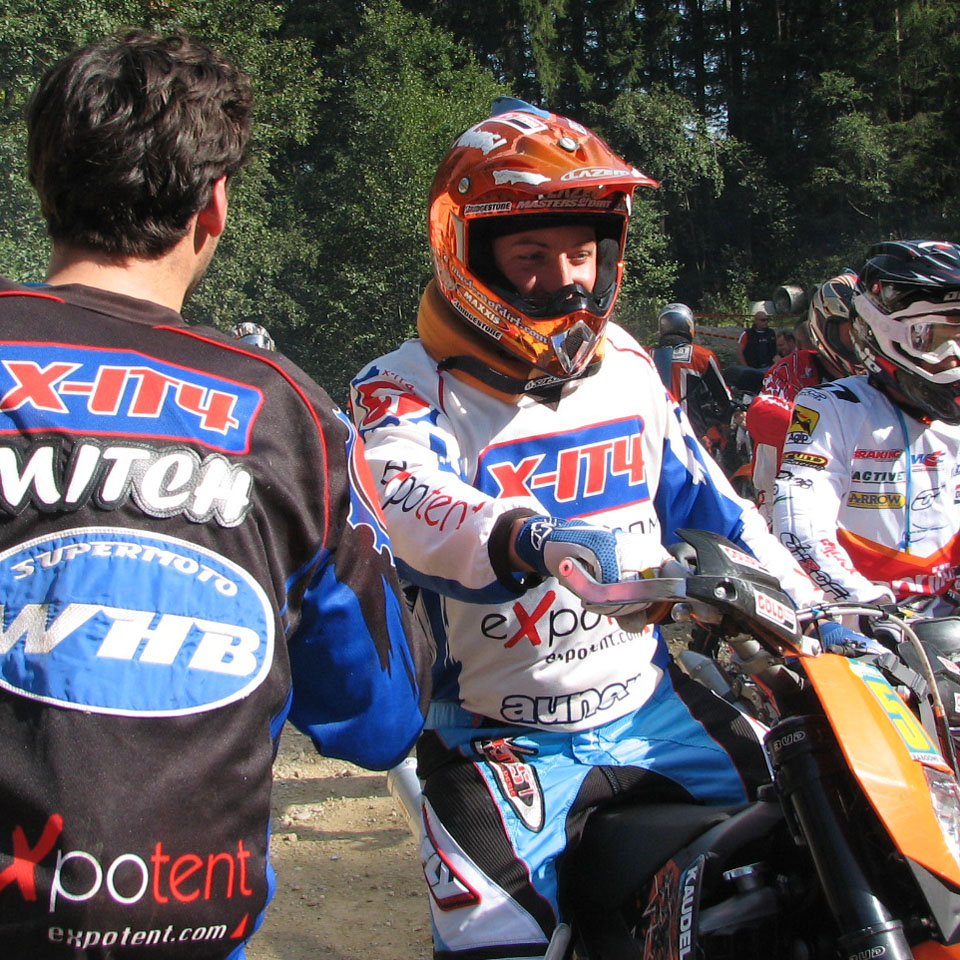 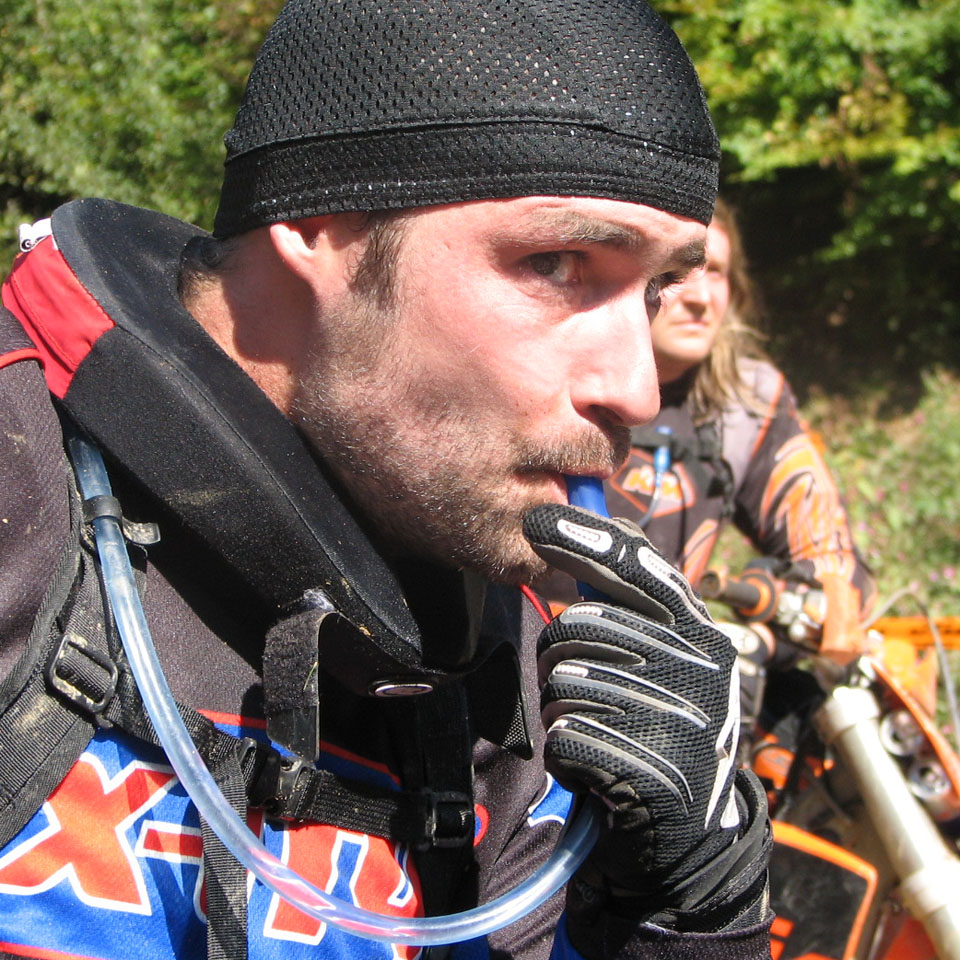 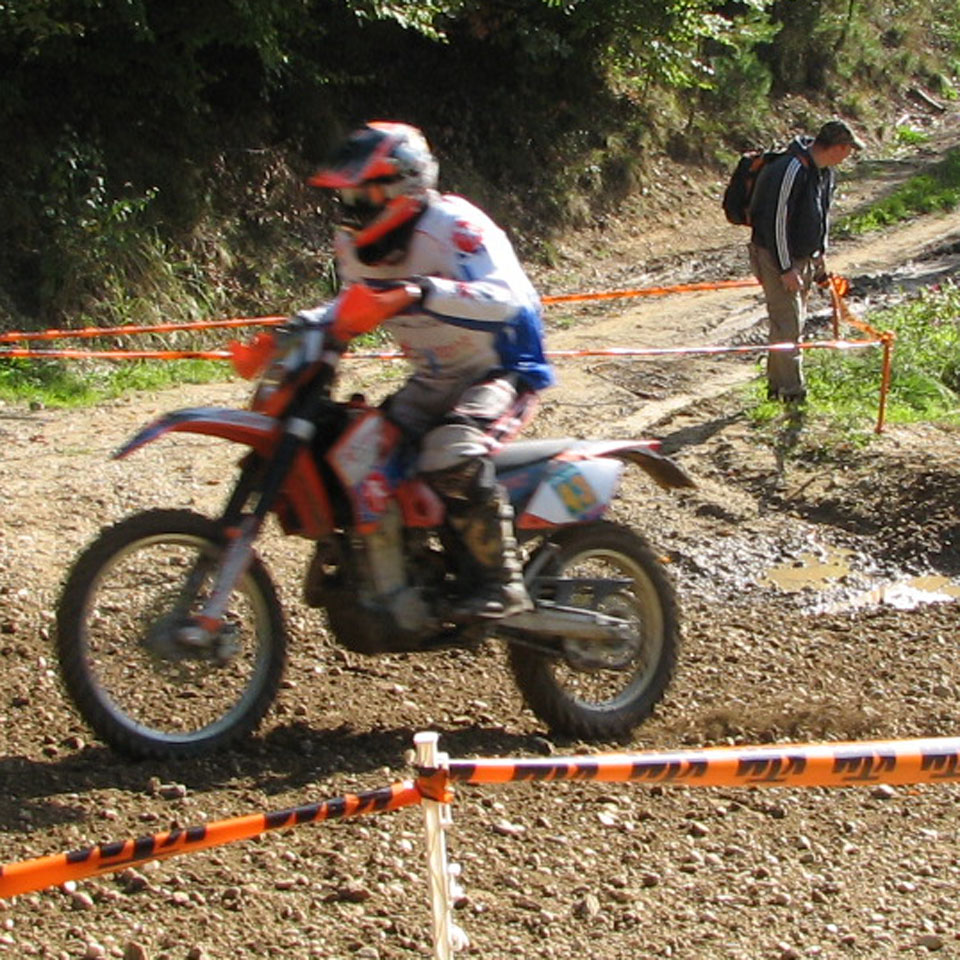 After an hour´s ride from Vienna, I arrived in Kirchschlag with my ‘ Enduro- Coach’, my dear friend from my time in Upper Austria, Sigi. Herbert Lindtner, many-times Enduro-Masters Champion and Enduro European Championship participant, welcomed us amicably on behalf of 1000PS and Yamaha Motor Austria. Herbert, who fascinates us fans with his bold and at the same time precise way of driving, does a great deal for the young talents of MX and Enduro, also in 2018 at the 5/18 JuniorenEnduroCup.

The MX- and enduro- race course of MSC Kirchschlag offers the ideal setting for an extensive trial day. Thank you very much to everyone who made this great day possible. The crew of 1000PS shot an extensive video of that day, which you can find and watch here ‘1000PS Test – Hard Enduro Vergleich 2018‘. Therein you can see how it went with the new 2018 bikes and what their expert opinion is like. 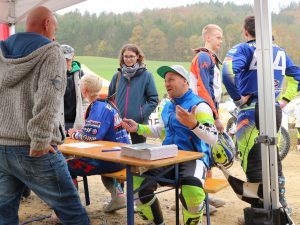 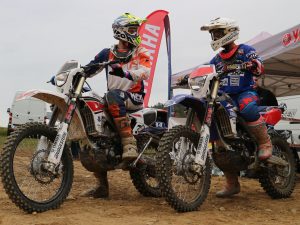 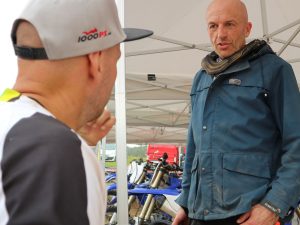 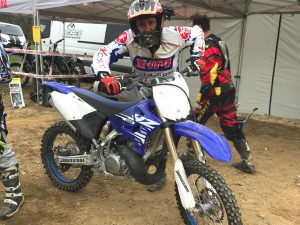 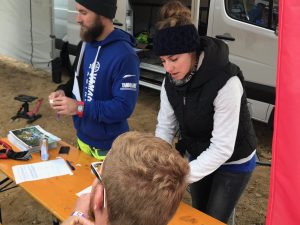 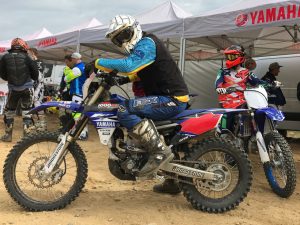 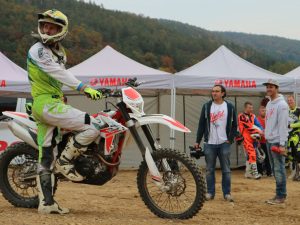 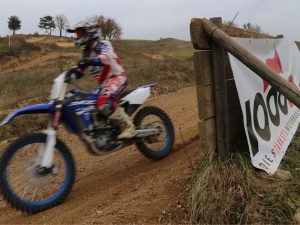 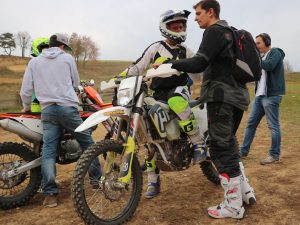 It was an awesome event this trial day. We could register ourselves for all the participating manufacturers in order to test the new 2018 Enduro and MX rockets for 15 minutes respectively and free of charge. This was free for everyone, you merely had to bring along the right equipment. I´m telling you, `rockets´ is exactly the right word. At least when it yanks you forward on a steep slope as a result of just lifting the gas rudimentarily. That´s a very direct responding quality or rather pure elemental force, pretty cool. After being given some tips by Herbert and Sigi, I eventually felt rather good on the MX track on my comeback after a 10-year break. The Enduro course, which I ventured on at the first go without any prior track walk, was simply too demanding on the first try.

For organisational reasons it just so happened, that I only tested KTM and Yamaha. This was okay by me since these two brands are closest to my heart in the off-road field. As an Upper Austrian by birth, I have a close relationship with KTM from Mattighofen and my entire off-road past took place on KTM. For me the KTM 250 EXC TPI was the ideal Enduro of the day. The handling was so smooth, almost like riding a mountain bike, the responding qualities are nippy, but not as arrant as that of the 300. In addition, one has to bear in mind the background noise of a two-stroke – simply dreamlike. Therefore, unlike me, – READY TO RACE – <gg> 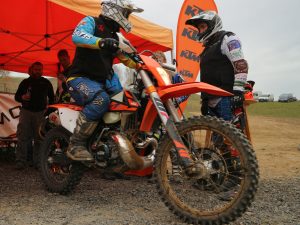 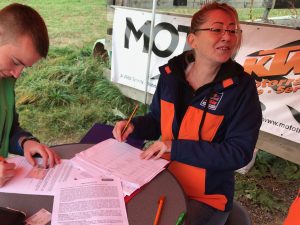 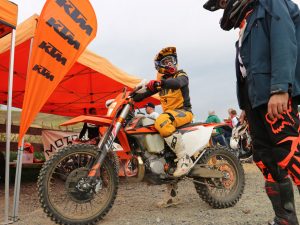 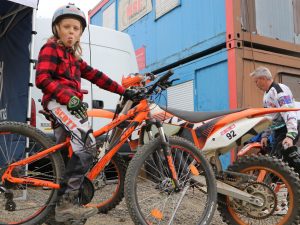 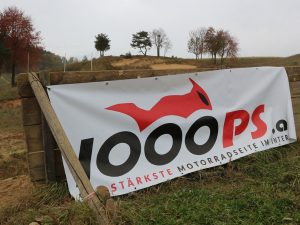 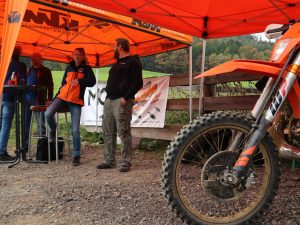 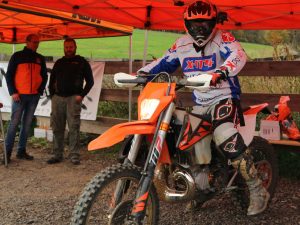 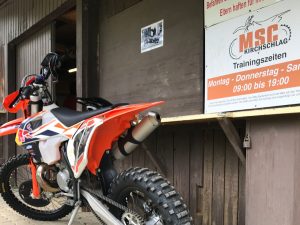 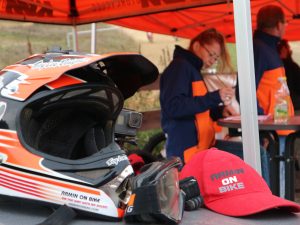 The manufacturers from far Asia proved to me that day that they too have plenty to offer. On top of that, the very friendly and very professional team of Yamaha Motor Austria contributed greatly to an awesome day. So right at the beginning I ventured on a ‘blue’, a Yamaha WR250F four-stroke, onto the enduro track and I was in for a nasty surprise. Although I had over 10 000 dashing km on the road on my Monster this season , after a few minutes on it I couldn´t feel my underarms any more. The physical strain is not comparable with the one on the street. That way I managed to keep up with the enduro track and switched to the MX course.

Concluding my trial day, I was able to test my very first MX bike ever. The impressive 2018 Yamaha YZ250 two-stroke has a very similar, convenient handling like the KTM before, only a bit sharper naturally. At the end of the day, after such a long time, I felt really good off-roading. One couldn’t expect miracles to happen but it was really fun and at the end of the day I was really exhausted physically. With the resolution to do an extensive winter workout I´m looking forward to a follow-up with Sigi, Herbert and 1000PS in the new season 2018.