ARMIN ON BIKE France, In the City, Motorcycle Tests No Comments
8. June 2020 ARMIN ON BIKE 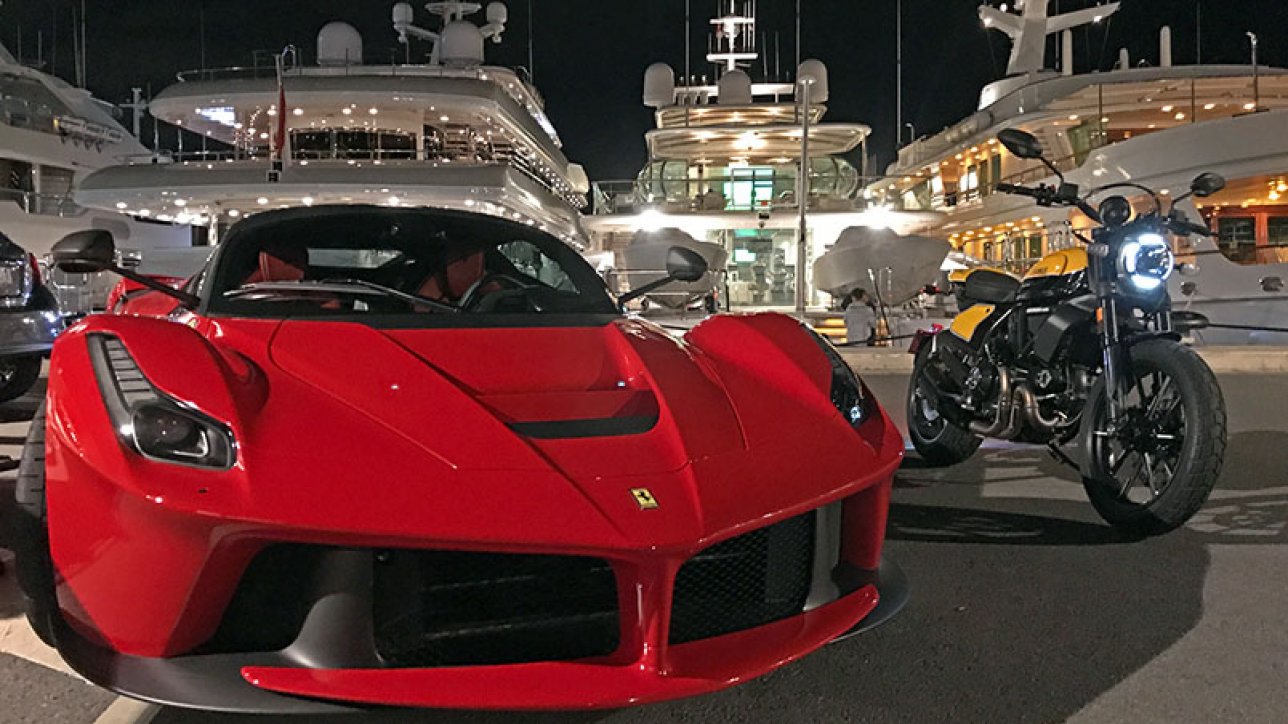 Monaco | Monte-Carlo – In May last year I made it to Nice for motorbike testing. That day I was travelling on a very sporty, new model from the Ducati Scrambler family and after dark discovered a rare four-wheeled Italian superstar against the backdrop of Monaco harbour…

In the afternoon I’d ridden on the dream road “Gran Corniche” from Ducati Nice to the Monte-Carlo Casino on the Ducati Scrambler Full Throttle (see my blogpost here…). So that I could spend a bit more time exploring the principality with the Scrambler, I stayed for the night in Monaco as well. 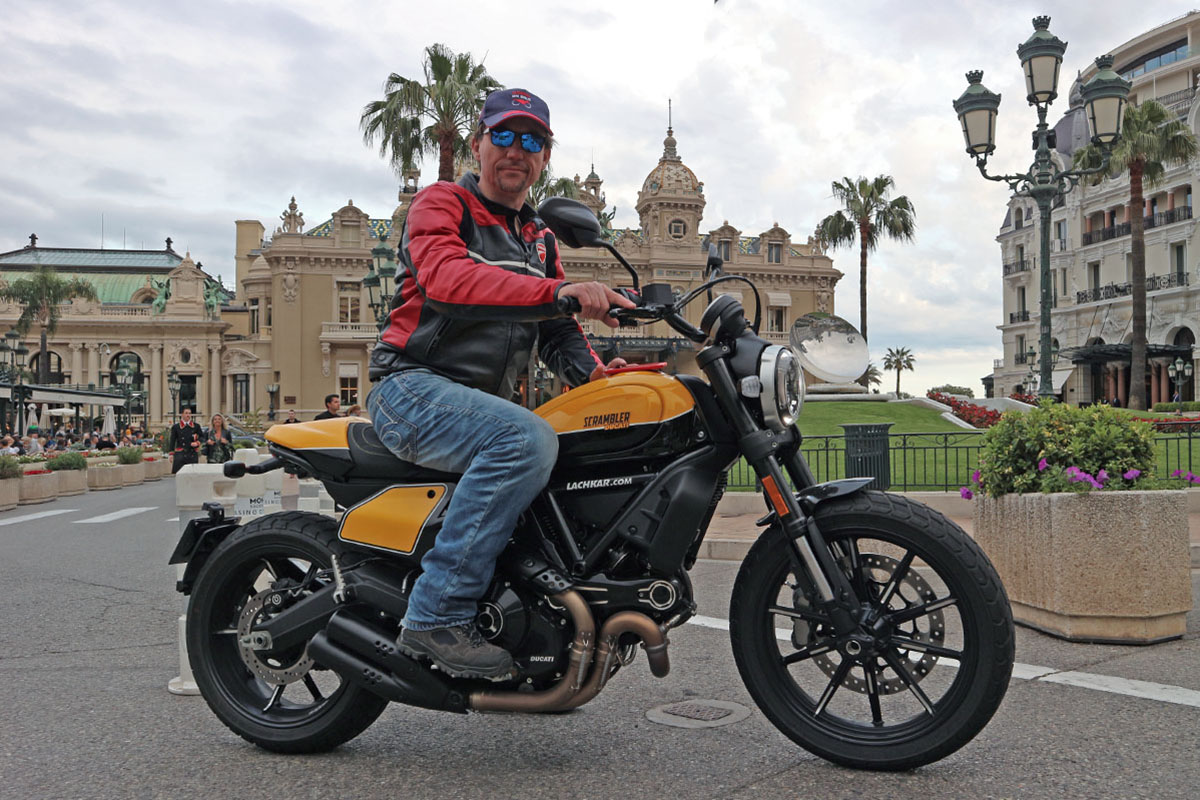 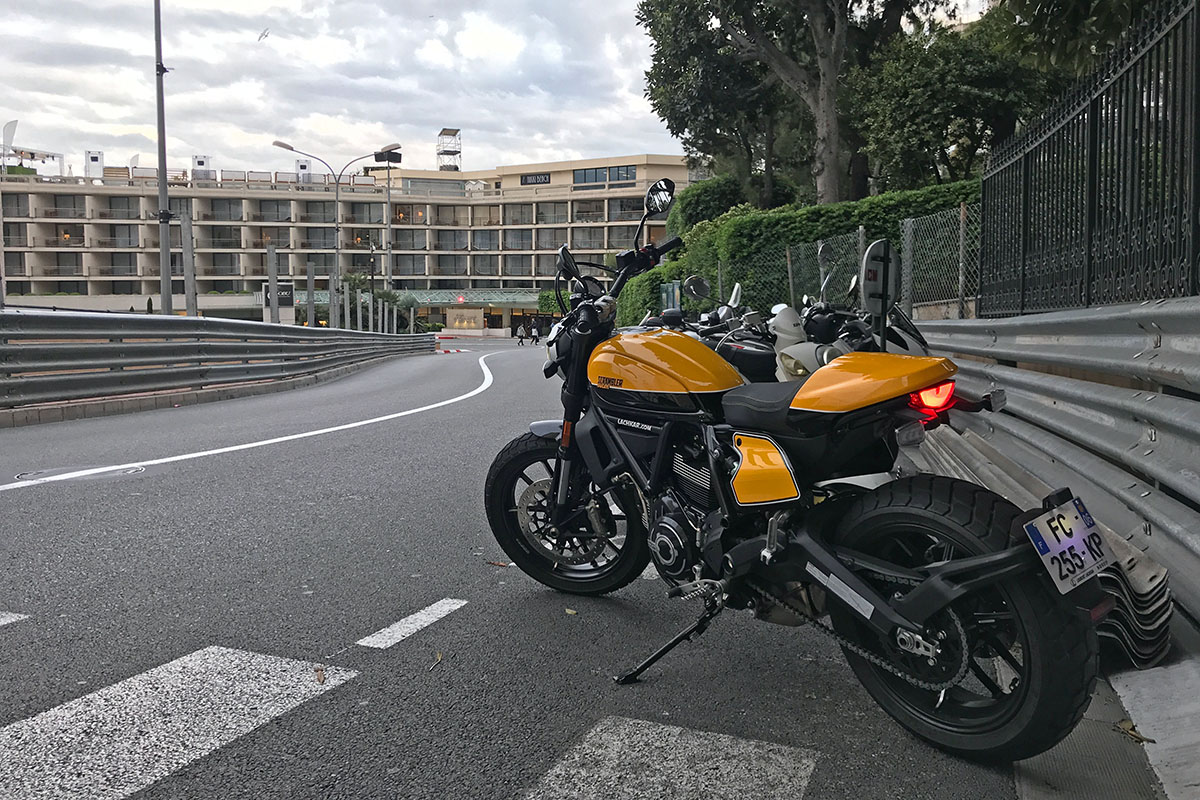 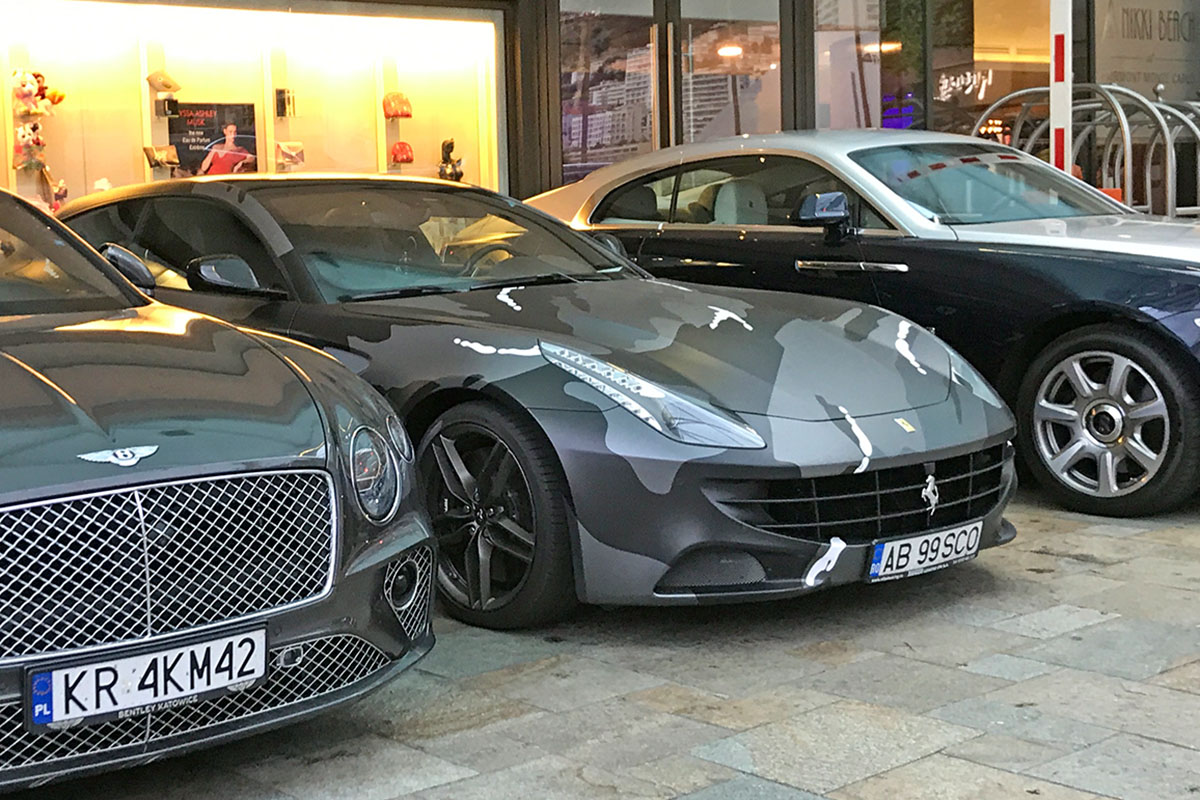 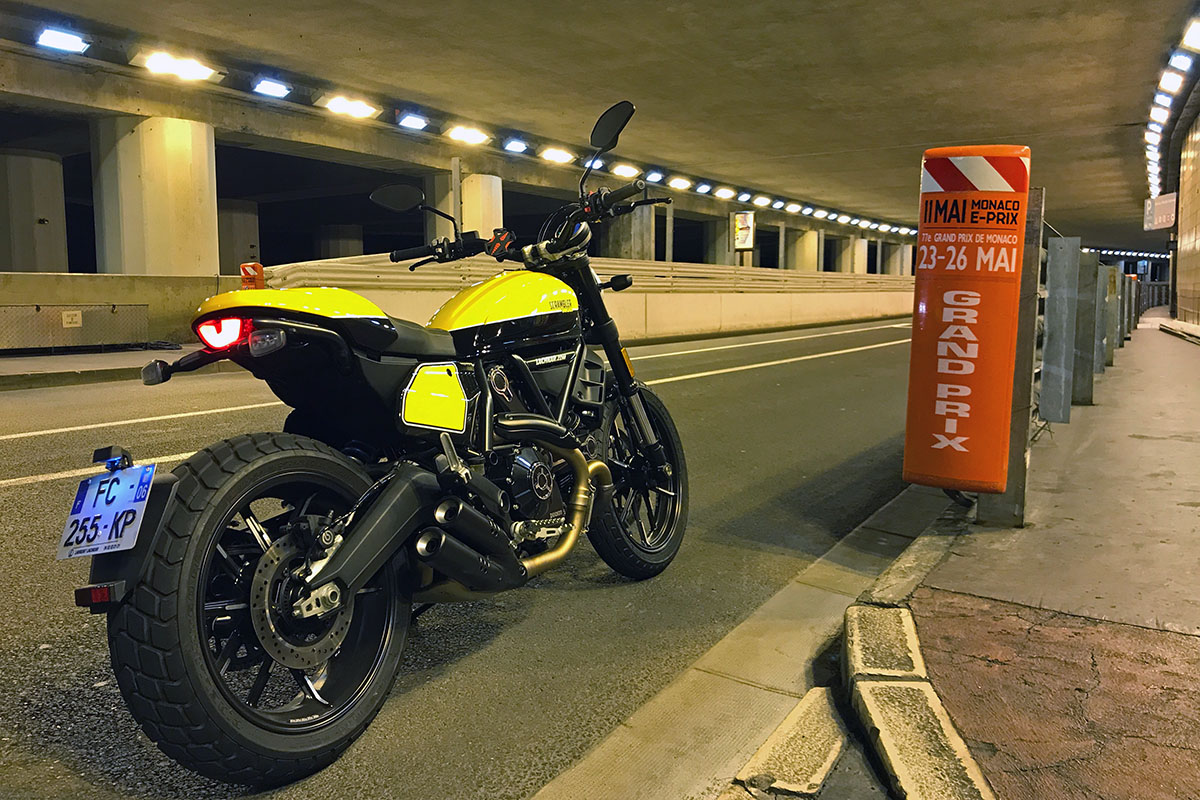 On the Circuit de Monaco it runs from the Place du Casino down to the Avenue des Spélugues. I parked up just after the sharp right-hand bend “Mirabeau Haute” to have an Espresso on the terrace at Ni Box-Monaco Starbucks. Then it was on to the famed “Grand Hotel Hairpin”, the slowest section in the entire Formula 1. It gets its name from the four-star luxury resort, the Fairmont Monte-Carlo, immediately bordering the corner, in front of which the typical luxury limousines were neatly lined up.

Despite the sporty character of my Ducati Scrambler Full Throttle, I didn’t ride quite as fast through the Larvotto Tunnel as the Formula 1 cars, which reach a top speed of almost 300 km/h down this stretch. Immediately after the tunnel exit it passed by the highly exclusive Yacht Club de Monaco, which was founded by Prince Rainier III in 1953 and is headed today by Prince Albert II. The club boasts over 2500 members from 73 nations. 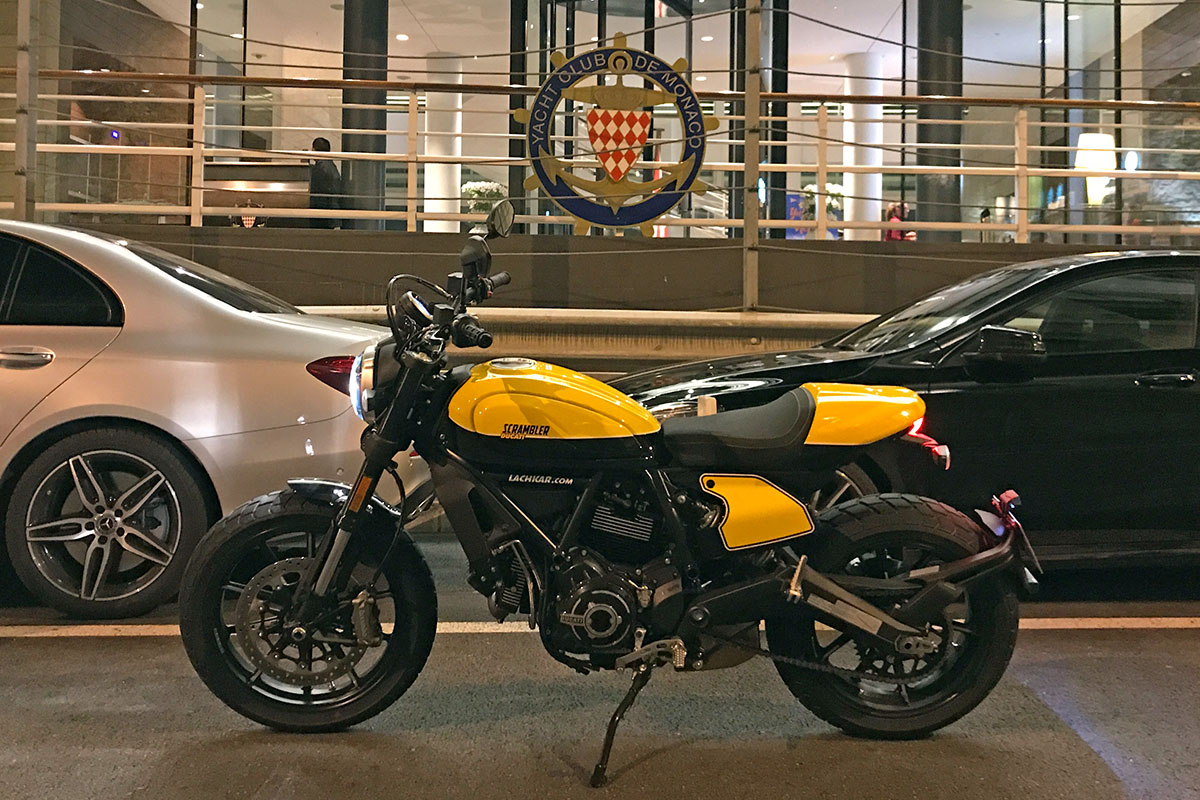 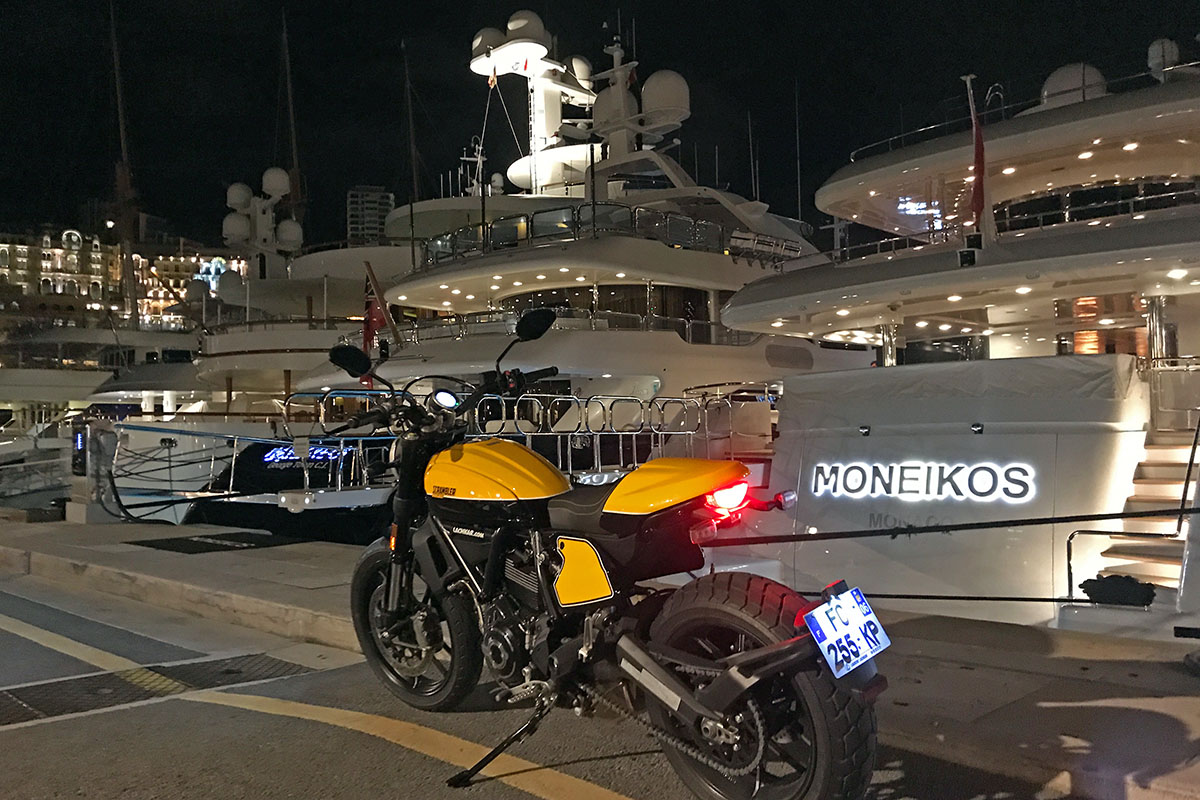 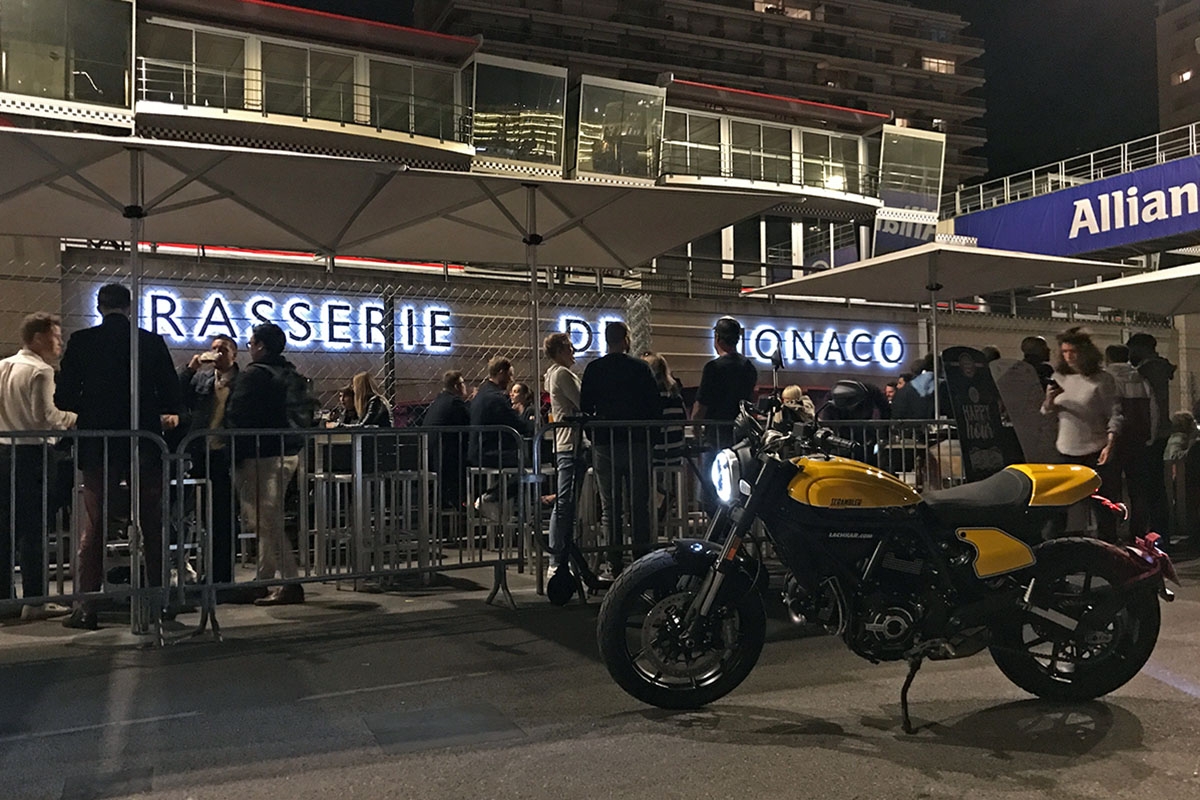 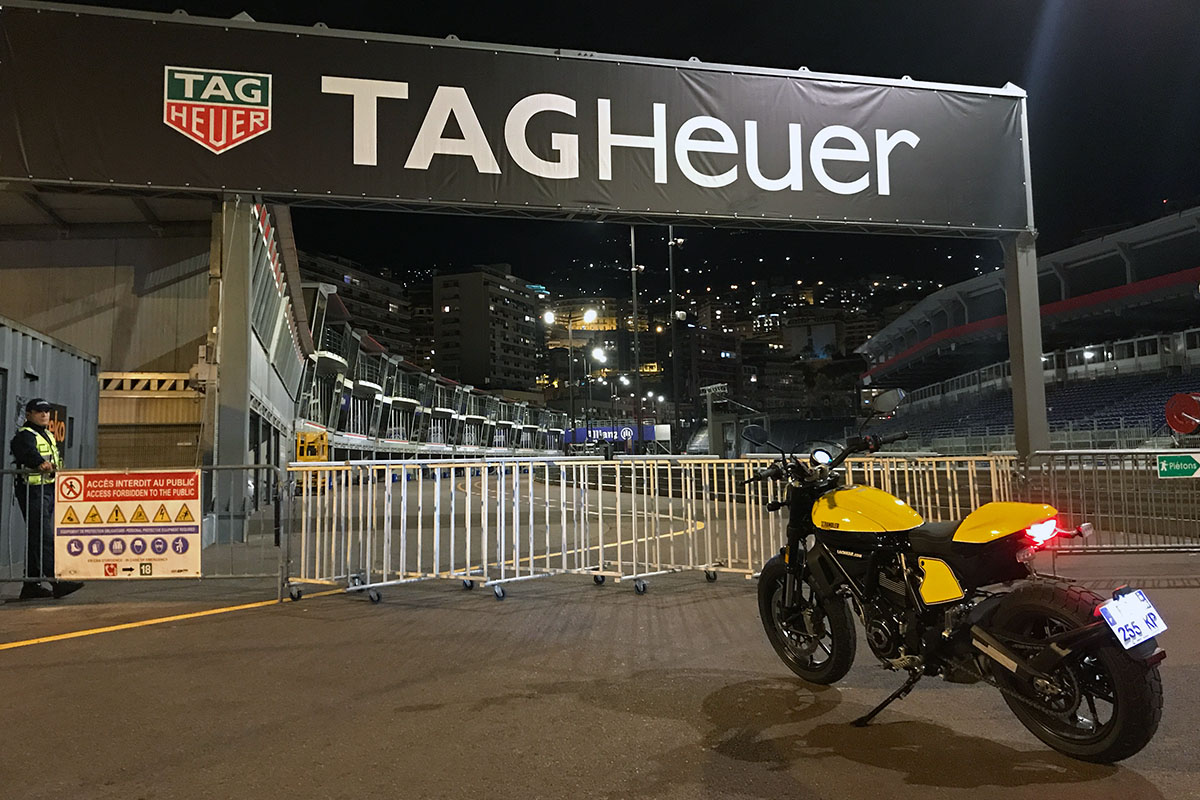 NIGHT-TIME MEETING WITH A MOTORSPORT ICON

At this point in May 2019 the 77th Grand Prix de Monaco F1 was due shortly after. Coming around the “Tabac” curve I found myself on the race track, where the preparations had just been finished, with steel crash-barriers and stands on both sides. I turned off to the left opposite the Swimming Pool chicane and rode under the stands towards the Pier of Port Hercules.

And there was waiting Leonardo Del Vecchio’s Ferrari LaFerrari. The founder of the eyewear empire “Luxottica”, who’s considered the richest man in Italy. The 62-metre-long yacht “Moneikos”, docked at the pier, is his as well. In this lavish setting my Ducati Scrambler Full Throttle cut a fine figure with its two-tone paintwork and sporty accents.

The Ferrari LaFerrari was presented in 2013 as the first hybrid model by the make and with a total power output of 963 horsepower, it was the highest performance vehicle in the Ferrari line at the time. Bolstering the 499 units originally planned, one more was built in 2016, which was auctioned at Daytona Beach and raised US$7million for the victims of the Accumoli earthquake. 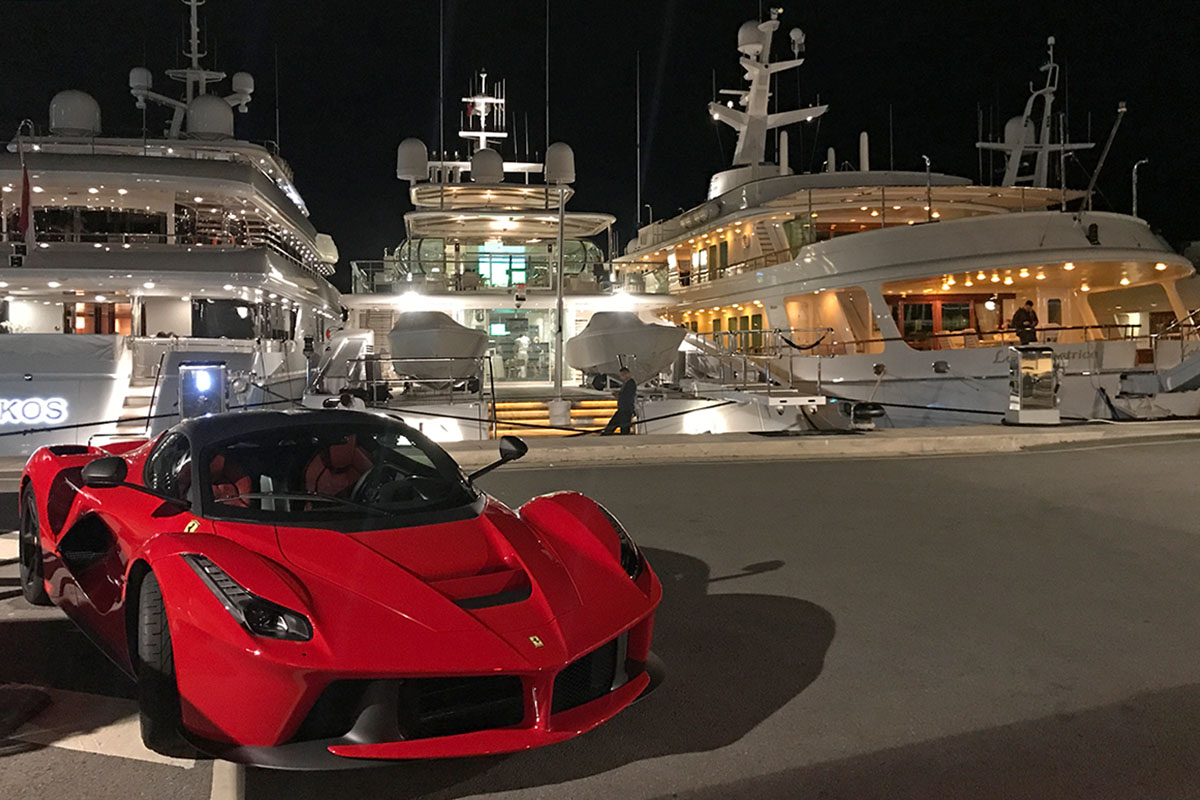 The LaFerrari got its successor this year in fact with the SF90 Stradale. A plug-in-hybrid with a system power of 1000 horsepower and the first super car from Maranello, which can also drive solely on electric power – even if only for a maximum of 25 kilometres.