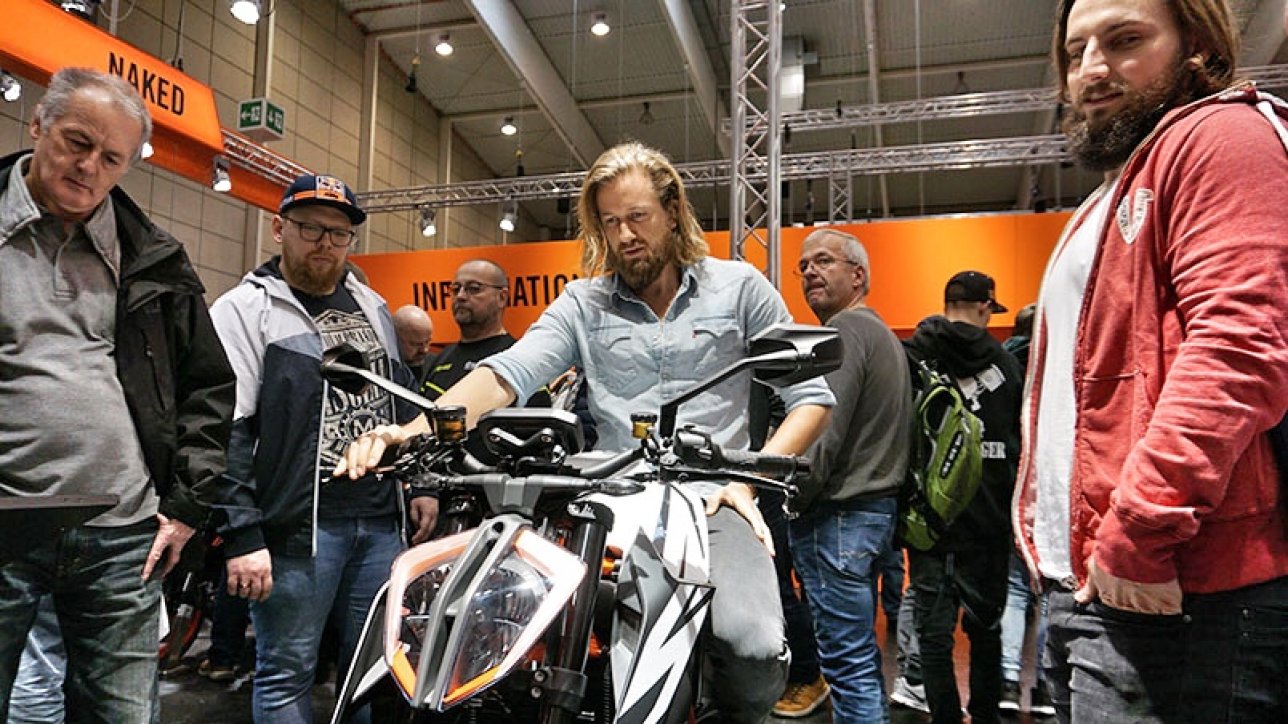 Messe Tulln | bike-austria – The crowd of visitors was huge again this year. Young and old had come to bike-austria in Tulln to marvel at the two-wheeler novelties of the year. At the KTM stand, there was a lot of interest in the 2019 innovations. Four “Motorcycles of the Year” were also present…

Every two years Austria’s leading motorcycle trade fair, “bike-austria”, takes place in the halls of Messe Tulln. Over 50,000 two-wheeled enthusiasts made the pilgrimage to Tulln during the three days of the fair and it was worth it. At the KTM booth the whole product range 2019 could be seen. The lineup was led by the top novelty KTM 790 Adventure presented last autumn at the EICMA in Milan. The smaller sister of the 1290 Super Adventure captivates on the one hand by the power of a two-cylinder and on the other hand by the convenience of a light single-cylinder.

The KTM 1290 Super Duke R was voted “Motorcycle of the Year” in the category “Naked Bike” during the fair. “The Biest” with 177 hp and a dry weight of 195 kg offers pure racing feeling for the road. The slightly less radical model 1290 Super Duke GT was further developed to improve both performance and touring capability. It won the “Motorcycle of the Year” title in the “Tourer/Sport Tourer” category. 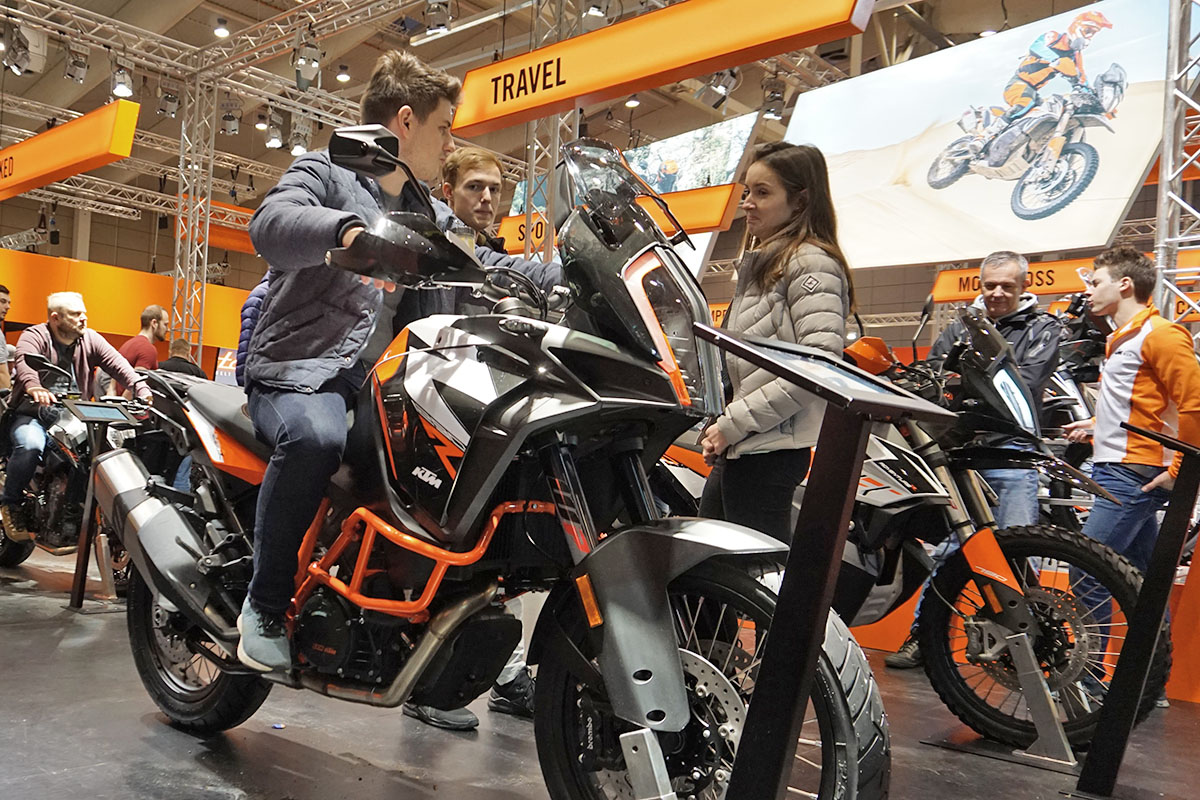 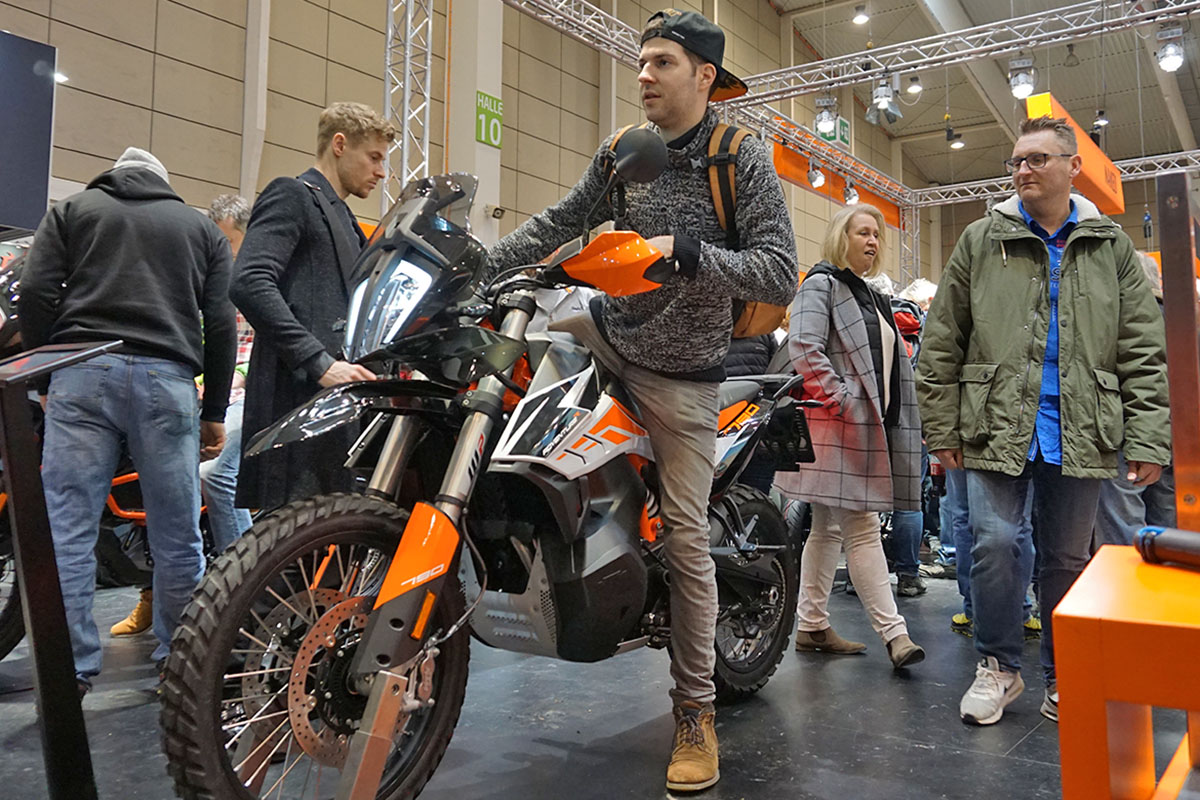 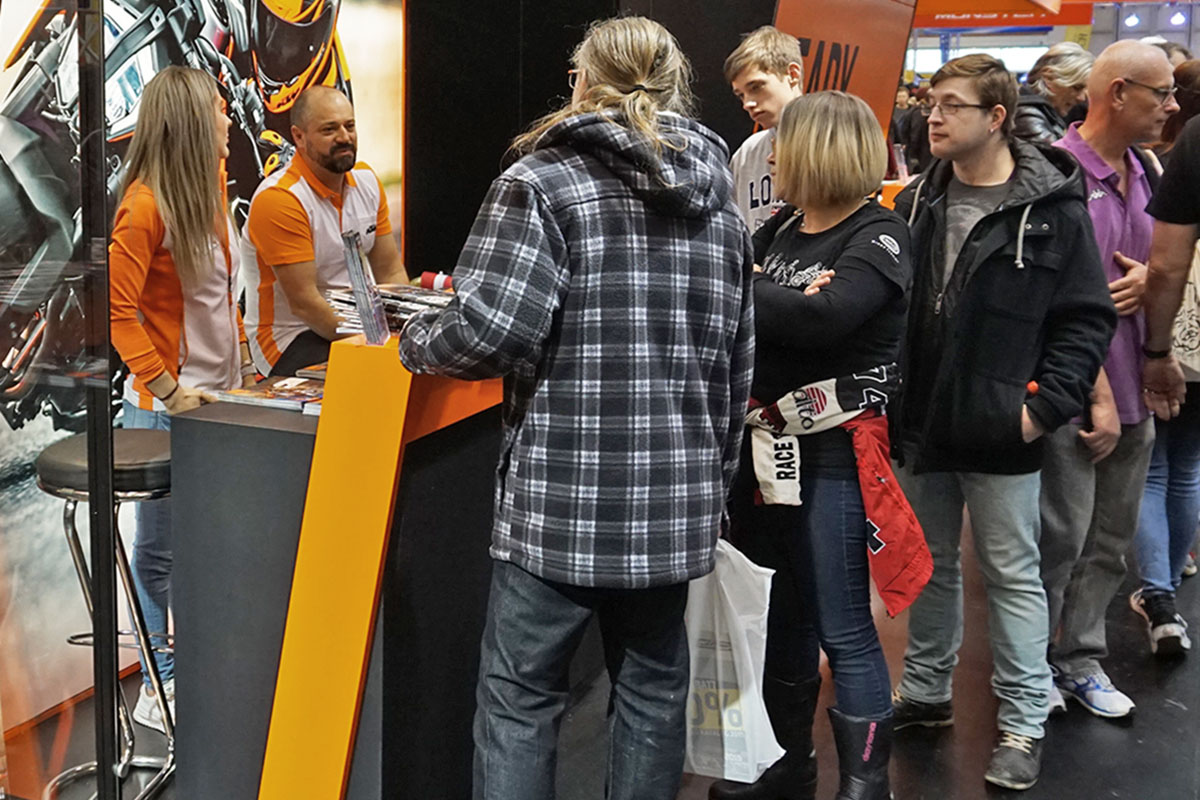 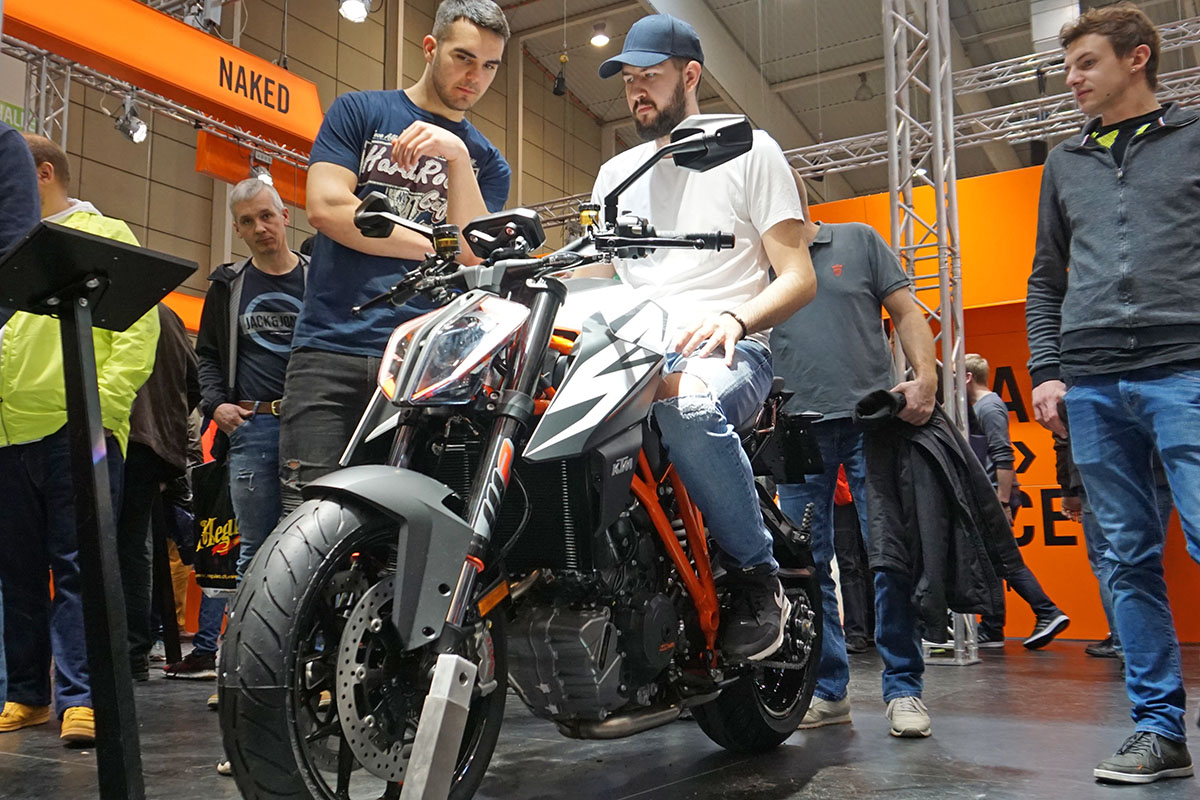 In the categories “125cc” the 125 Duke was successful, in the category “Beginners” KTM won the fourth title with the 390 Duke. The two entry-level naked bikes already possess the genes of the big ones. Last year I was allowed to test two Duke models. Of course, the tested 790 Duke was the much more powerful sports bike (for my test report click here…) than these two beginner models. But I was positively surprised what an adult bike the 125 Duke is already, which can be ridden from 16 with the A1 driving license.

Next year’s big single cylinder novelty is the KTM 690 SMC R. The Supermoto is powered by the strongest single cylinder in the world with an amazing 74 hp and 73.5 Nm. Due to the further developed electronics package, the maneuverable lightweight is now even more controllable. The off-road version 690 Enduro R is equipped with the same features but is fully off-road. I’m always very happy to be with the Enduros, because I made my first offroad experiences with a KTM 640 LC4 in 2000 and took part in the “ACC – Austrian Cross Country Championship” Enduro Championship in 2007 (for my report about this click here…). 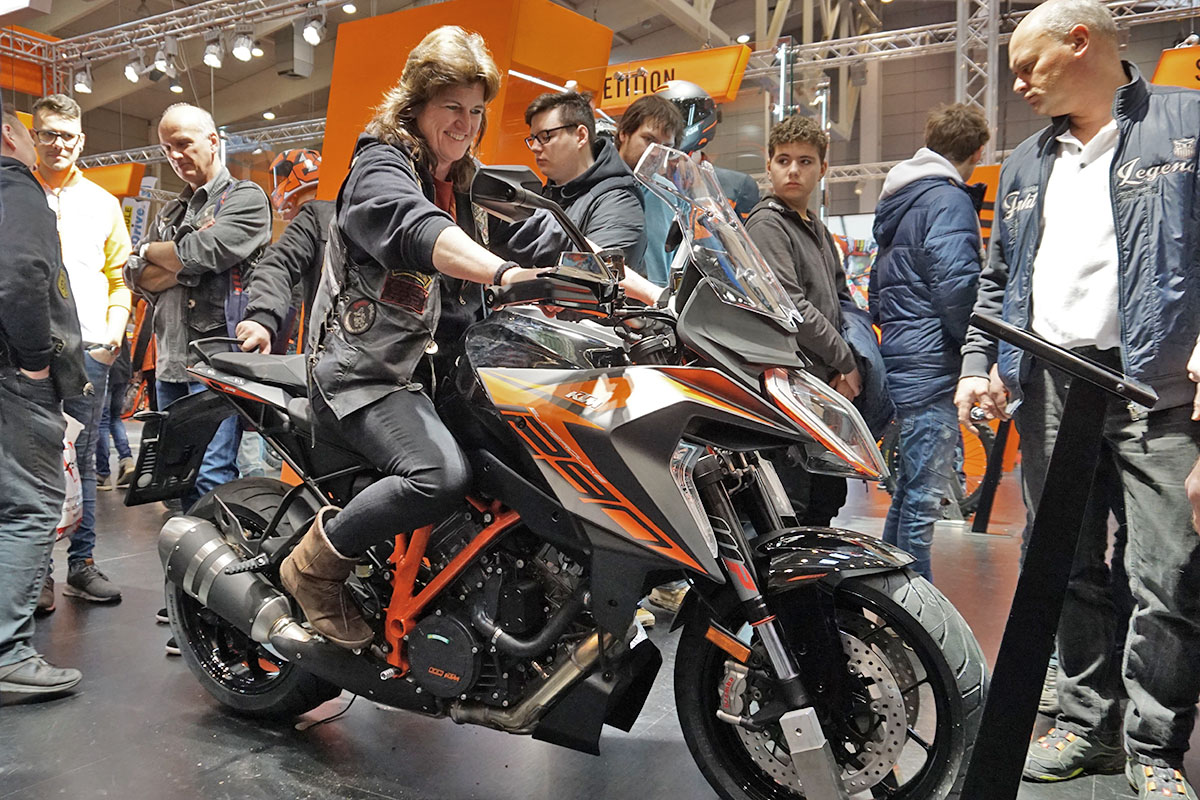 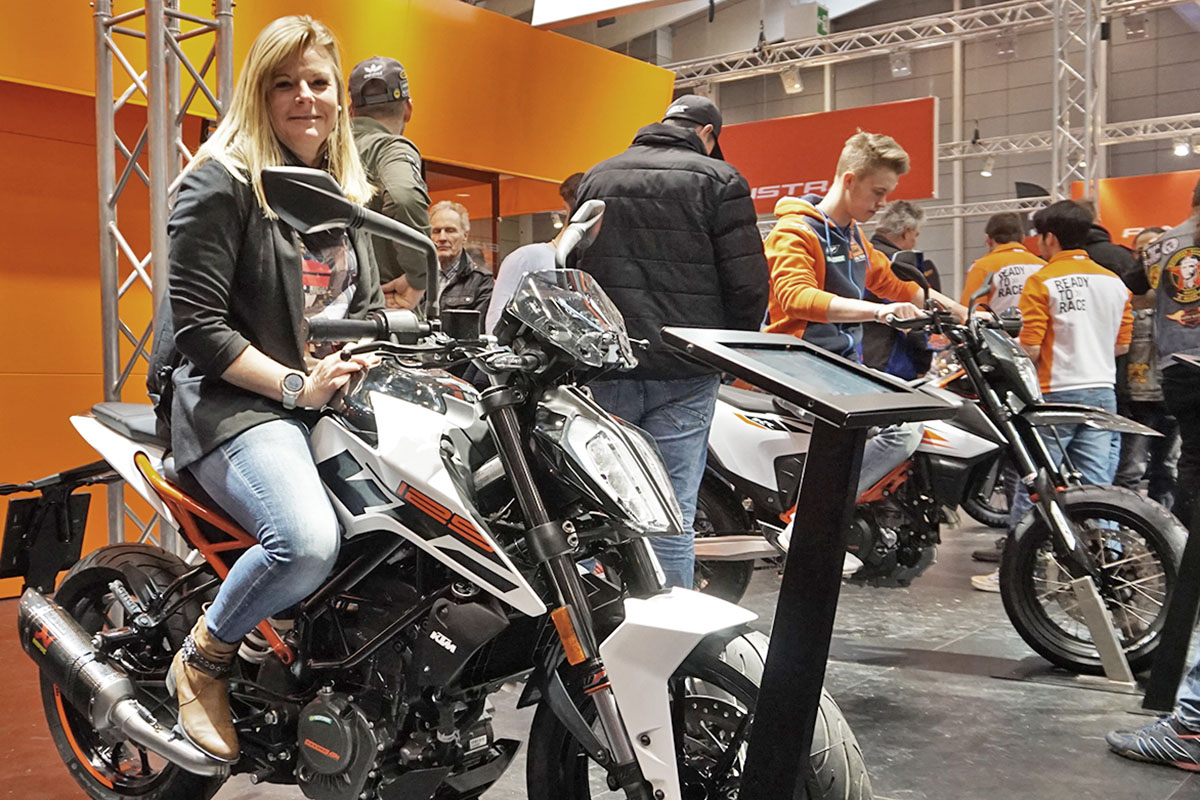 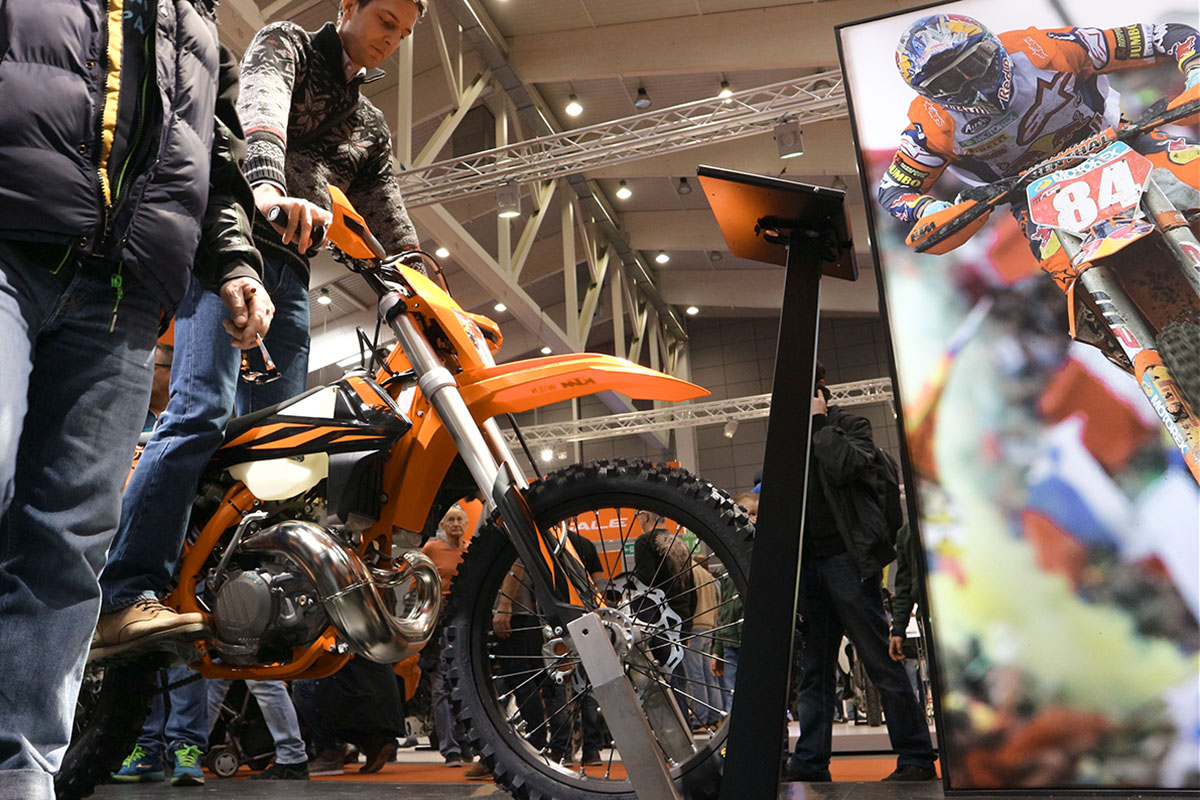 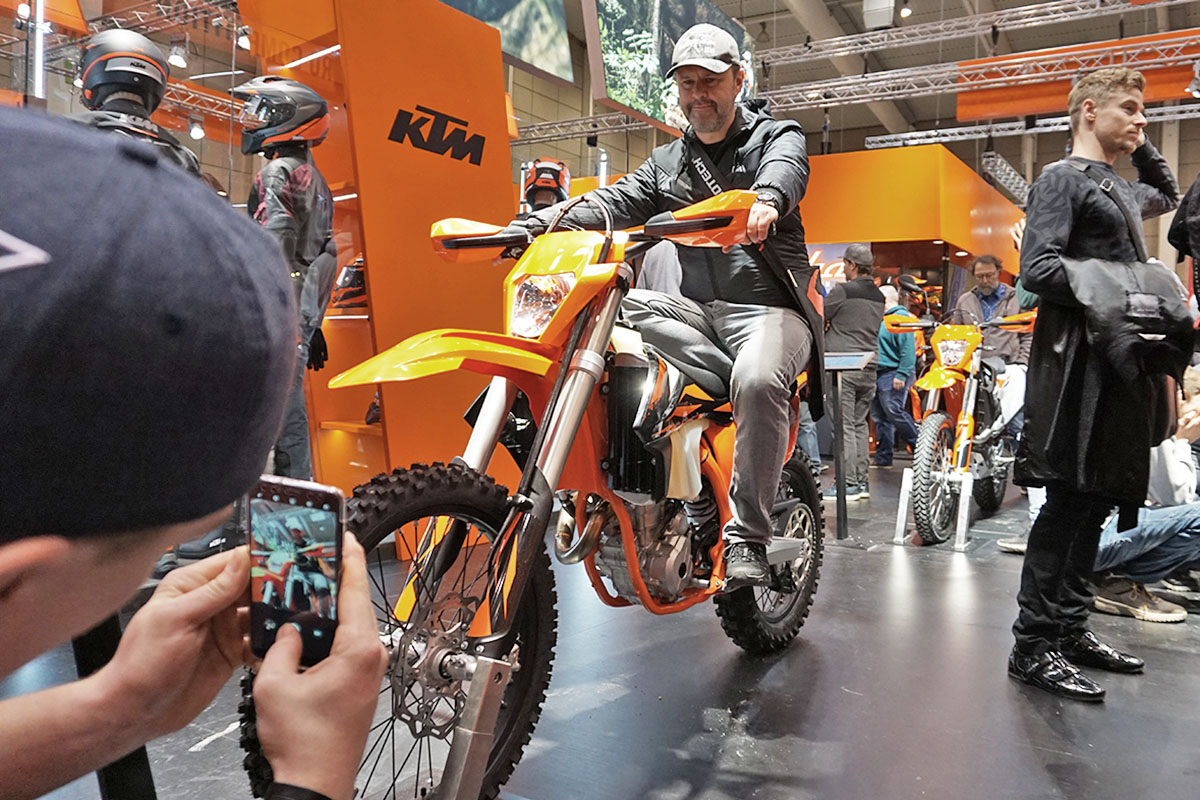 The bike-austria in Tulln presented itself again as the motorcycle show of the year in Austria, there were all important novelties to see and interesting people from the scene to meet. Finally, I would like to show you a short video with the example of the KTM stand, how big the rush to the fair really was.